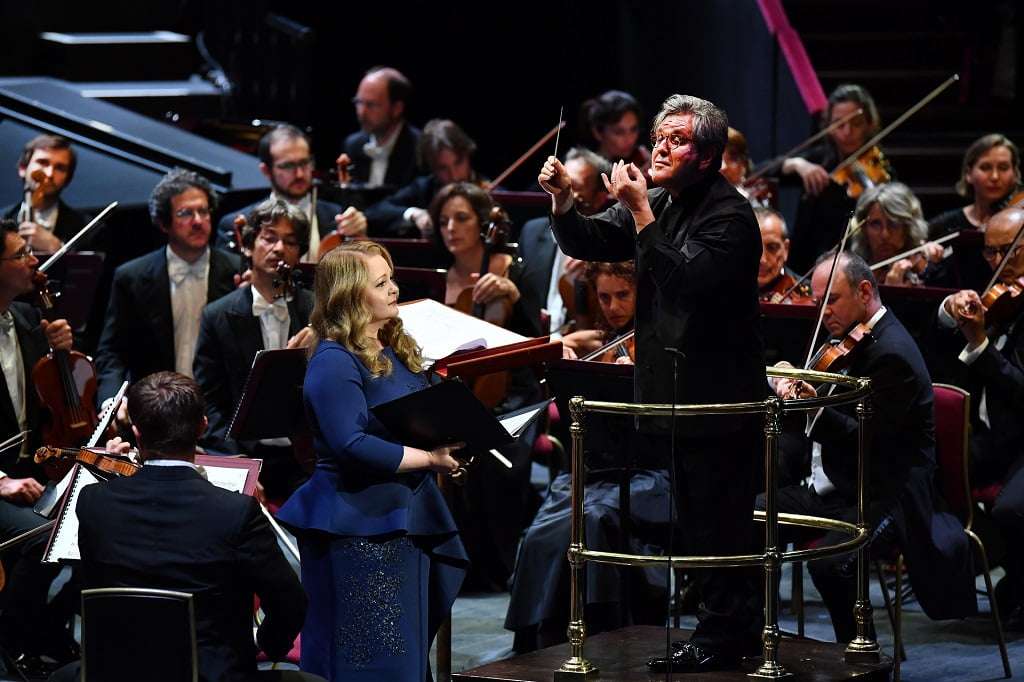 No need this time to strain to connect “BBC Proms 2018 – part of BBC Music” with that other dubious presentational construct, “Leonard Bernstein at 100”. Antonio Pappano’s programme consisted of pieces the maestro recorded and on two or three occasions at that. Not that one necessarily associated Bernstein with the programming of “bleeding chunks”. Diehard aficionados may know whether he ever conducted ‘Representation of Chaos’ on its own at a formal evening event. Nevertheless, he did have an affinity with the music of Haydn, just as he did more famously with Mahler’s. Even with violins sat antiphonally, their use of vibrato more abstemious than might have been expected in the 1960s, Pappano chose to delve into the expressive essence of ‘Chaos’ rather than focus on issues of performance practice. Sadly the performance was most notable for perhaps the longest and loudest mobile phone ringtone ever heard at the Proms.

The Haydn was treated as a preamble to Bernstein’s First Symphony, which followed without a break. I didn’t get that at all, although it did mean that subsequent interstitial applause was discouraged. The remainder of the bill replicated a concert given only last November in the Barbican Hall by Marin Alsop and the LSO. True, Pappano’s orchestra did have a relationship with Mahler at one time, and with Bernstein too, and today’s team has followed Alsop’s lead in recording the three Symphonies (for Warner Classics). Pappano’s way with ‘Jeremiah’ proved somewhat subdued. He took the first movement more swiftly than the composer, tending to smooth away its rhetorical, declamatory element. The Scherzo traded oomph for nimbleness while the Finale offered consolation but little anger. Is Elizabeth DeShong’s mezzo too warm and beautiful for lamentation? The splenetic intensity of a Christa Ludwig was eschewed. Perhaps tonight’s artists would find such an attitude overly melodramatic. Although Alsop’s approach was heftier and hence more idiomatic, it was a mistake to have her soloist, the excellent Jamie Barton, heave into view between movements. Seated from the outset, DeShong waited patiently, a vision in deep blue. 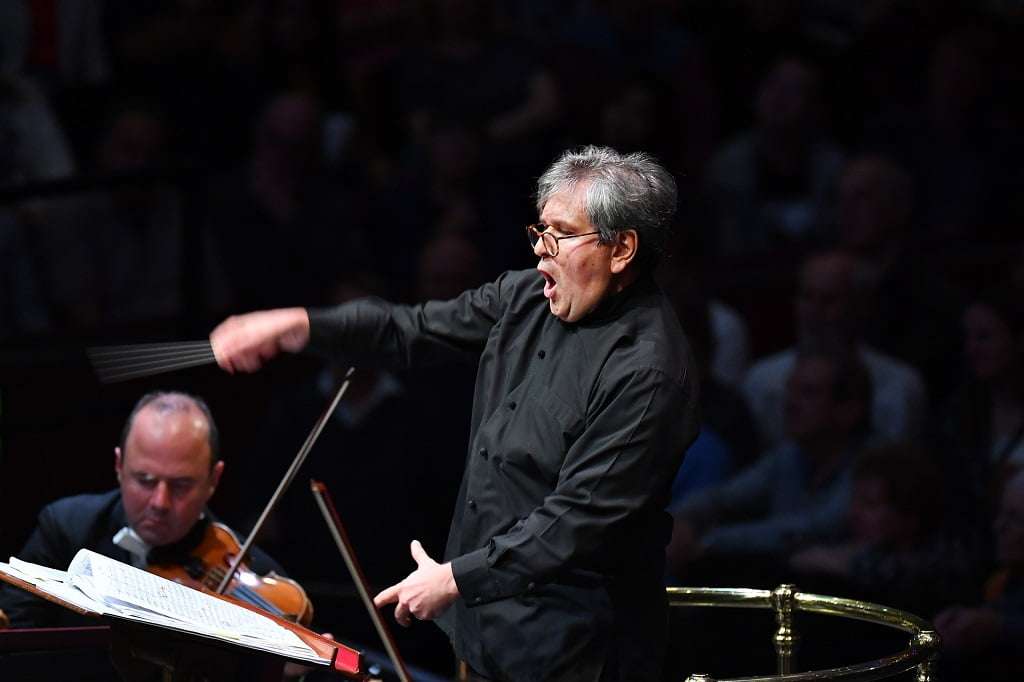 This may have been the first British ‘Jeremiah’ from Pappano and the Santa Cecilia Orchestra but they toured the UK with the same Mahler in 2011. Again consistently bright-eyed and bushy-tailed, the playing was not without flaw yet enchanted with its breezy naturalness and wealth of colour. Those standing in the Arena could appreciate the antiphonal exchanges of the violins, the rest of us less so. Still, the opening movement with chirpy solos aplenty combined a frisky, vernal feel with the widest dynamic range. The second established a nice contrast between the unexaggerated rusticity of its Ländler and an olde worlde, portamento-laden Trio. The funeral march, not especially sardonic, had no truck with the daft scholarship which holds that it be launched by massed double basses: the soloist here had an entirely appropriate quavery moment. In the Finale there was alluring bel canto luminosity about the way the second subject was shaped by the strings, less suggestion of the movement’s cumulative power. A breath of fresh alpine air then, only not much (too little?) Austro-German gravitas, even when the eight horn-players rose to their feet for the closing paragraphs.

Before the overt populism of Rossini’s William Tell Overture – the concluding galop launched before the conductor had returned to the podium – the main encore brought some of the most sensitive playing of the night. The ‘Italiana’ number from the Third Suite of Respighi’s Ancient Airs and Dances was given a subtly inflected reading that brought out its underlying melancholy despite an epidemic of flash photography.