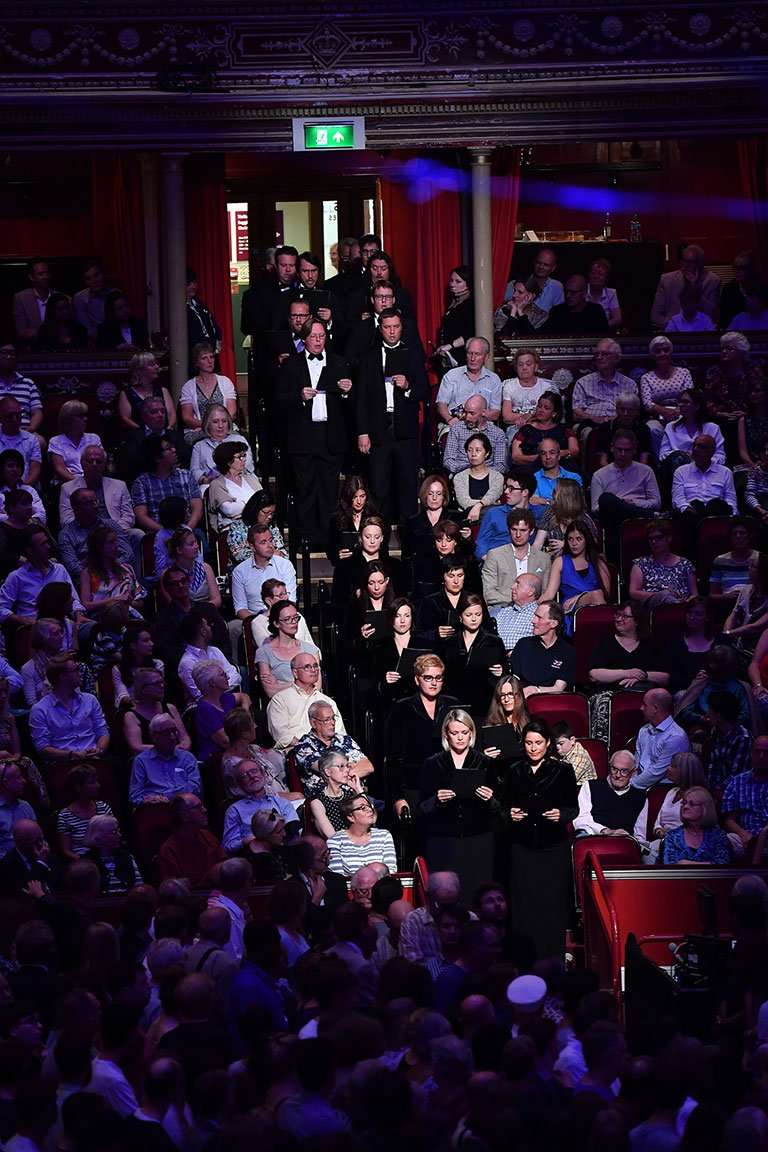 This Prom reflected on the link between Russian Orthodox chant and the music of Rachmaninov. Although the composer wasn’t particularly religious, he did compose several sacred choral works – most notably the All-Night Vigil, which was to be heard in the second of this evening’s concerts (Prom 38). As a taster of what was to come, the Latvian Radio Choir performed Orthodox chants at the beginning of each half of this BBC Scottish Prom.

The similarity of the first chant – ‘Grob Tvoy, Spase’ (Thy tomb, O Saviour) to the opening theme of the Third Piano Concerto is striking when the two are heard side by side, even if the composer stated that the melody was “borrowed neither from folksong forms nor from church sources.” Thomas Dausgaard’s commencement of the Concerto, almost before the Choir’s final notes had died away, emphasised this. The choir had started the chant at the back of the Hall, walking down the steps into the Arena before splitting into two and heading down the stairs either side of the stage. Effective and atmospheric, the conductor-less singers made the procession effortless.

The D-minor Piano Concerto was intended for a lucrative American tour, Rachmaninov, practicing the solo part on a dummy keyboard while crossing the Atlantic, giving the premiere in November 1909 in New York. While European critics initially considered the piece more a vehicle to show off Rachmaninov’s skills, within a few years its success as a composition was secured. 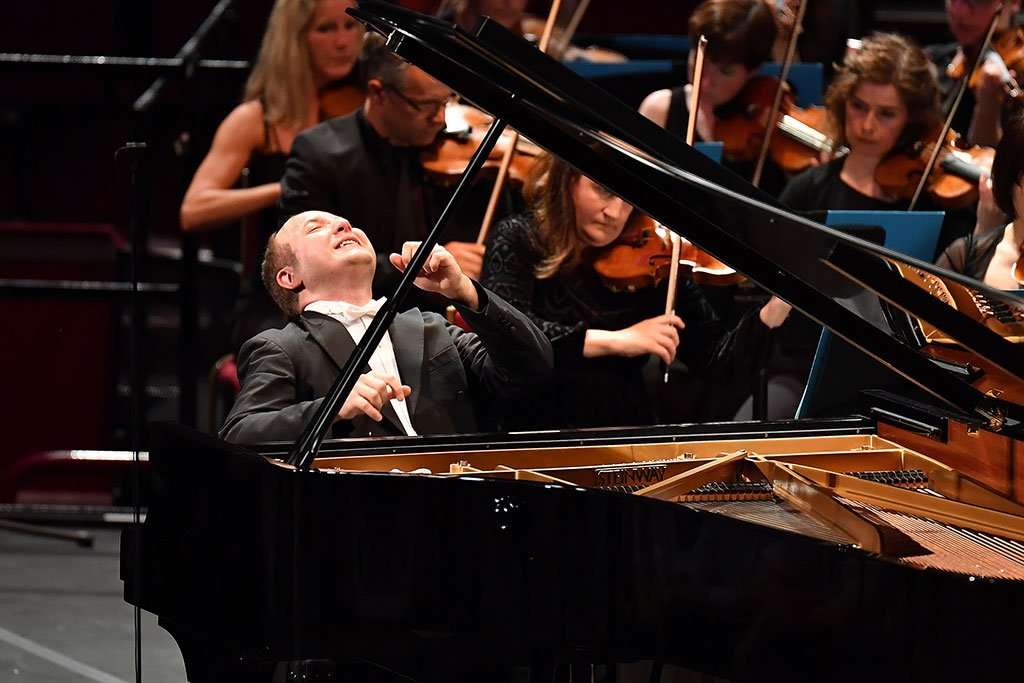 Dausgaard’s eyes scarcely left Alexander Gavrylyuk throughout, which did ensure everything stayed together, though a few sloppy entries were perhaps inevitable. A few scarce moments of deliciousness – brassy cuivré horns at the beginning of the first-movement development (here Gavrylyuk opted for the longer of Rachmaninov’s two cadenzas but with muffled sound through overusing the sustaining pedal); a light and charming triple-beat section in the second movement, and a well-executed link (aided by timpanist Gordon Rigby) into the coda of the Finale – punctuated a generally underwhelming performance, during which there were times when the orchestra drowned the piano, but overall the balance was good. As an encore Gavrylyuk played the much-transcribed Vocalise (the last of Rachmaninov’s Fourteen Romances, Opus 34) in an introverted, reflective and quite charming reading.

The second chant, this time sung from the Gallery and conducted by Sigvards Kļava, has less of a link to the Second Symphony, but was no less atmospheric in its delivery. ‘Svete tikhiy’ (Serene Light) can also be found in the All-Night Vigil, though the version heard here is much simpler. Once again, a segue into the Symphony gave no time for applause. In fact, the audience was much more controlled than some others – with a notable and welcome absence of between-movement disruption.

For all that the account of the Concerto was underwhelming, the Symphony was inspired from start to finish. Clarity was Dausgaard’s watchword, so too well-judged and flowing tempos. Dausgaard pushed the music on, giving it a Tchaikovsky-esque feeling. The Scherzo, a model of precision, most notably in the fugato middle-section, gave way to a most poignant clarinet solo in the Adagio. Dausgaard took the Finale’s Vivace marking to heart – and he and the BBC Scottish Symphony Orchestra were enjoying themselves; a recent partnership we’ll be hearing more of.