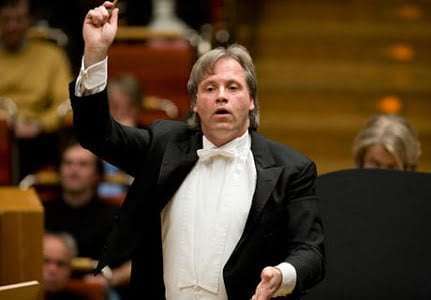 One might look in vain for any connection among the pieces of this concert; rather the selection seemed to revel in music-making for its own sake. Indeed it was all the more commendable for ranging back nearly three hundred years into the Baroque and early Classical periods, which ‘modern’ symphony orchestras appear to be fairly loath to do these days.

Markus Stenz certainly brought out all the gracefulness of the suite of dances from Rameau’s Les Indes galantes (1735) with non-vibrato playing from the BBC Scottish Symphony Orchestra, which benefited the music with both tonal richness and the expressive attention to detail we have come to expect more readily from ‘authentic’ ensembles. The orchestra gave ‘Danse des sauvages’ due vigour and almost breathlessness to the dotted rhythms of its ritornello, while the trumpets overlaid the final ‘Chaconne’ with a lustrous timbre. 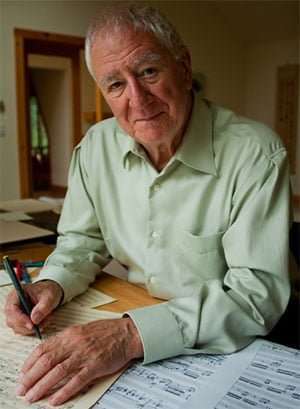 Bernard Rands (a pupil of Dallapiccola and Berio) composed his 27-minute Concerto for Piano and Orchestra (2014) for Jonathan Biss to fulfil a commission from the Boston Symphony Orchestra in celebration of his 80th-birthday. It was first performed earlier this year in Boston (review-link below). Rands intended that neither the piano nor the orchestra should predominate (hence the specific title); Biss and the BBCSSO successfully maintained that impression here, with Biss very often taking his cue, sympathetically, from the orchestra’s music. Nowhere was this more evident than in the absolutely still second movement (adapted from Rands’s piano piece ‘Aubade’) where the changing notes hardly seemed to register any development at all, nor did the percussive tones of the piano disturb this moods. If anything, in the surrounding movements Biss might even have provided more thrust, but there was no doubt that his performances were characteristically thoughtful. British-born American citizen Rands’s music tended to be disparate and episodic. Despite the descriptive directions for the three movements – ‘Fantasia (Noble)’ / ‘Slow, quiet, vague and mysterious!’ / ‘Delicate and playful’ – each one seems more to conjure an atmosphere rather than tell a story, and it was greatly to Stenz’s credit that he held the elements together in a unified argument or emotional experience.

The reduced ensemble returned to the 18th-century for Mozart’s very First Symphony (1764) composed at the tender age of eight not so very far away from the Royal Albert Hall, in Ebury Street near Victoria Station, where the Mozart family stayed for part of their three-year European tour. This performance was deft and light on its feet, the second movement adhering to its Andante marking, and the gently treading scales of the cellos and double basses unobtrusively propelling the music along. Towards its end Stenz secured a mood of mysterious, even tragic, grandeur, such as to presage Beethoven (for instance the slow movement of the ‘Eroica’). The poignant wailing of the oboe in the first movement, carrying the suspensions after the opening arpeggio statement, was also beautifully expressive. 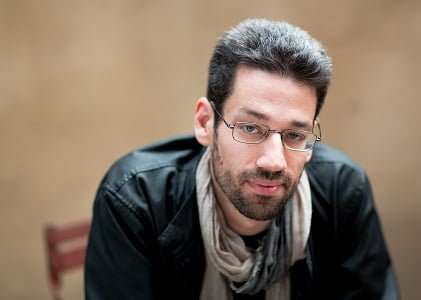 From a miniature symphonic discourse to an expansive one, to Richard Strauss’s Ein Heldenleben. Stenz’s recording of two other Strauss tone poems with the Gürzenich Orchestra in Cologne has rightly been acclaimed, and his virtuosic command of the vast forces was manifest here, above all in seeing through the 45-minute stream of music, and specifically in the uproarious ‘The Hero’s Battlefield’ section. Stenz demonstrated an admirable grasp of the work’s humour and drama, such as in the arresting inconclusive cadence on a dominant seventh of the opening section with a long pause then sustained before the appearance of the Hero’s Adversaries (none other than carping music critics!) who were made to seem all the more ridiculous as a result.