Students from ArtsEd and Mountview 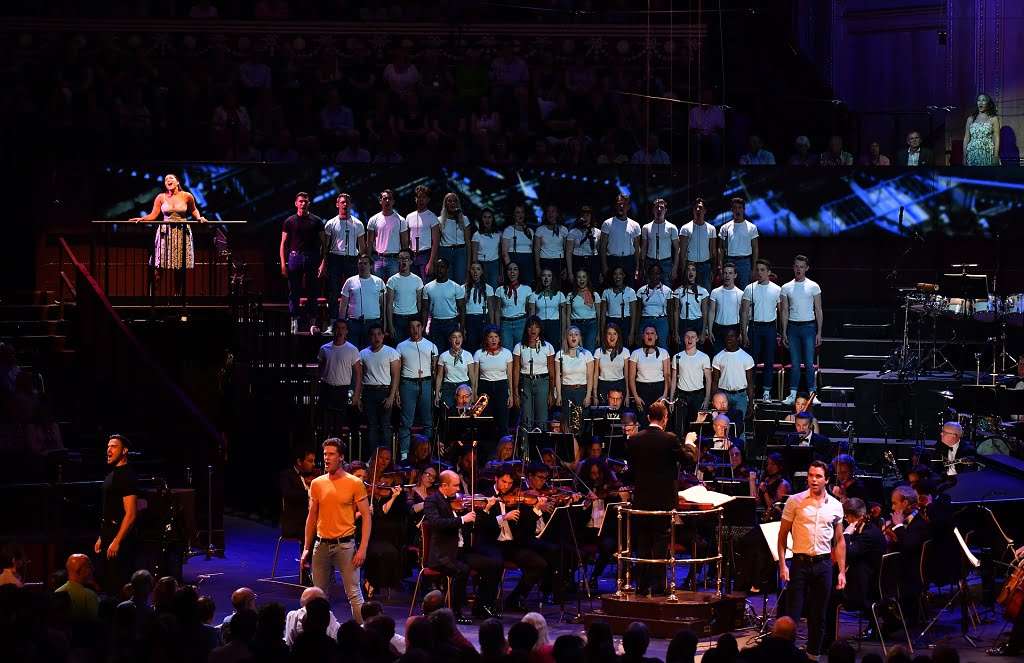 First mooted as a seventy-six-minute concert version involving the LSO with singers to be announced, this Proms rendition of a complete-ish West Side Story lasted nearly two hours, including a thirty-minute interval. It was also semi-staged with understated flair by Stephen Whitson, whose associate director credits include the notably slick and smooth-running Hamilton at the Victoria Palace Theatre. There wasn’t much left of Arthur Laurents’s book – just enough to give a sense of the plot where the score thins out – and nothing at all of Jerome Robbins’s shattering choreography. The absence of dance bothered some but for me the Royal Albert Hall is the last place in the world one wants to hear dancers clattering noisily about on makeshift stage extensions. For whatever reason the TV rights were not available.

There had been reports of controversy over casting, the quest for equality which much preoccupied the show’s creators having been overtaken in some quarters by the signalling of difference. In the event the line-up was strong, if not of the world-beating quality of John Wilson’s ensemble. The big discovery of the night was the Ottawa-born, Juilliard-trained Mikaela Bennett. Whatever the appropriateness or otherwise of her age and ancestry she was a buxom Maria who convinced absolutely through the outstanding quality of her voice and the touching realism of her acting. That, surely, is how it should be. Only slightly less-fine was the eager, vulnerable Tony of Ross Lekites, at his best early on in the miraculous ‘Something’s Coming’, its breathless word-setting so memorably mangled by José Carreras in Bernstein’s studio recording. Wilson’s accompaniment here was ideally deft and sensitive.

Securing throughout playing of impressive unanimity while generally pressing forward, the conductor undercut any tendency to portentousness, never letting the intensity slip. The very rapid ‘Mambo’ was perhaps the only misfire. Elsewhere there were revelations aplenty, the preamble to ‘America’ turned into a pointillist marvel evoking sultrier climes, the overtly emotive numbers lacking nothing in emotional clout. The very wide deep performing area made the precision of Act One’s climactic ensemble based on the earlier duet between Maria and Tony (‘Tonight’) all the more striking, although Eden Espinosa’s contribution to what is effectively an operatic quintet seemed slightly out of sync, possibly an effect of the acoustic. She otherwise shone as a fiery, combative Anita. And not just on account of her vibrant green frock! There was some connective orchestral tissue not often heard, some of it perhaps uncomfortably derivative, Shostakovich unmistakably intruding at one point. 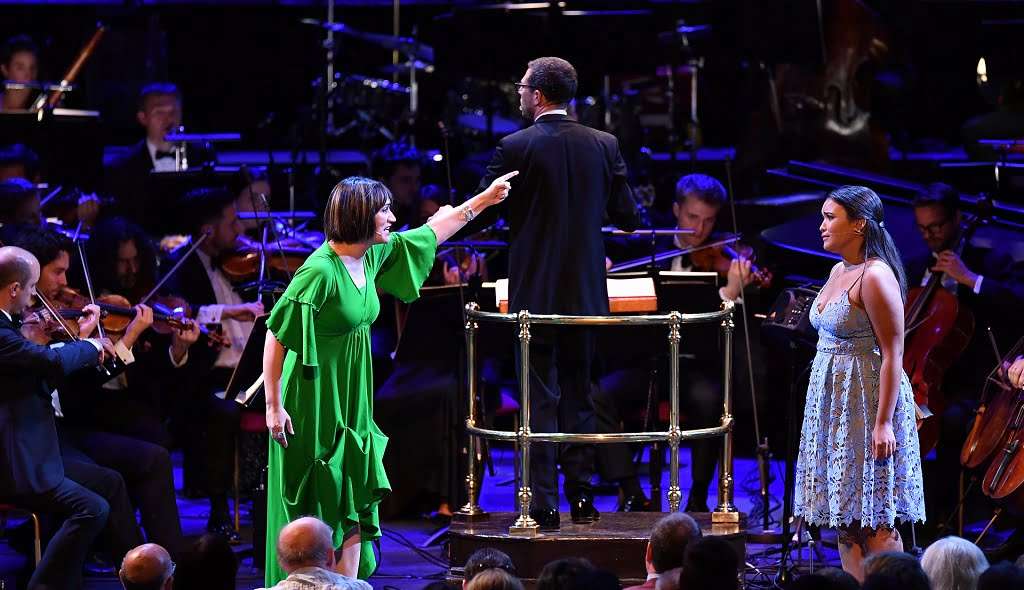 The singers were miked-up yet balance was effectively achieved with little sense of strain. The student participants remained (mostly) behind the orchestra while the main protagonists (mostly) used the front of the stage, the gangs costumed in T-shirts and jeans. The lighting, again by no means complex, was always apposite, red denoting violent events taking place offstage, everything fading to darkness as appropriate.

The capacity crowd, commendably silent for about an hour before the coughing started, was rightly euphoric at the close. My own feeling is that Wilson is revolutionising standards across a swathe of repertoire as ‘important’ as any other in the post-War period. Put West Side Story beside Samuel Barber’s contemporaneous Vanessa and it is clear which of those two ‘matters’ (for all that both contain masterly quintets). The accompanying programme booklet, though generous and insightful, still managed to caption a still of Natalie Wood as Maria in the 1961 film version as if she were singing rather than miming for Marni Nixon (to whom Bernstein diverted a small share of his own royalties). A small flaw in a five-star event.