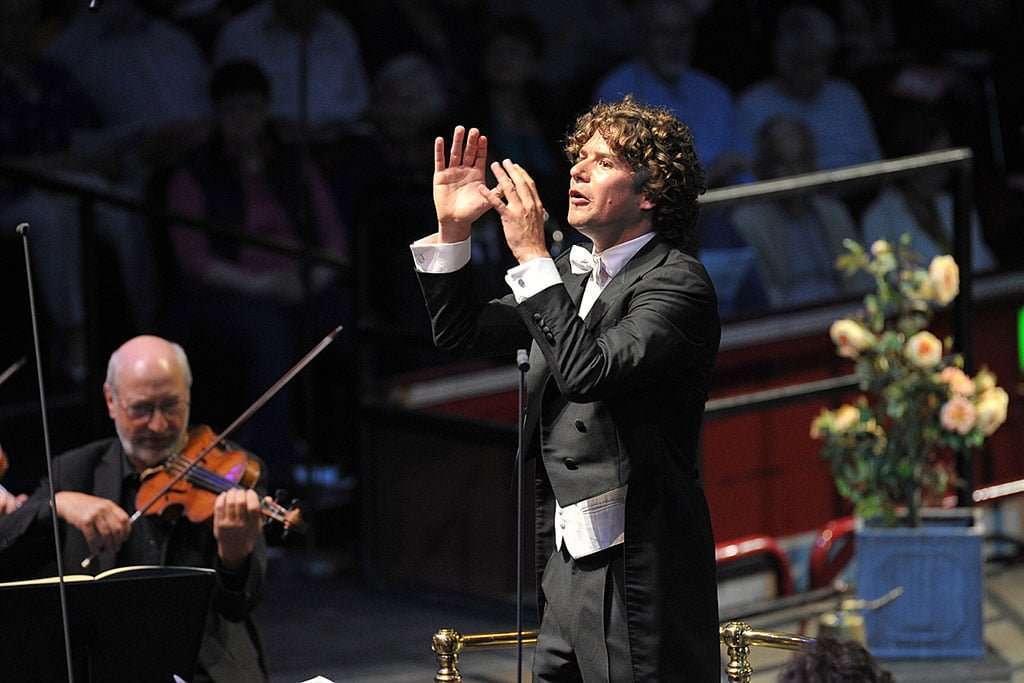 Later this year David Pickard will have moved from the directorship of Glyndebourne to that of the BBC Proms, so the Sussex-based company’s annual decamping to the Royal Albert Hall had a special pertinence on this occasion. In its fully staged form, this Seraglio was notable for its beauty and style, but the Proms semi-staging worked well enough through the costumes, a few props and some vaguely Turkish-style projection onto the back of the platform. More importantly, there was David McVicar’s detailed cast direction defining the characters with his signature fluency and laying down the mutually beneficial East-West cultural exploitation that looms large in his take on Mozart’s first major Enlightenment stage-work. 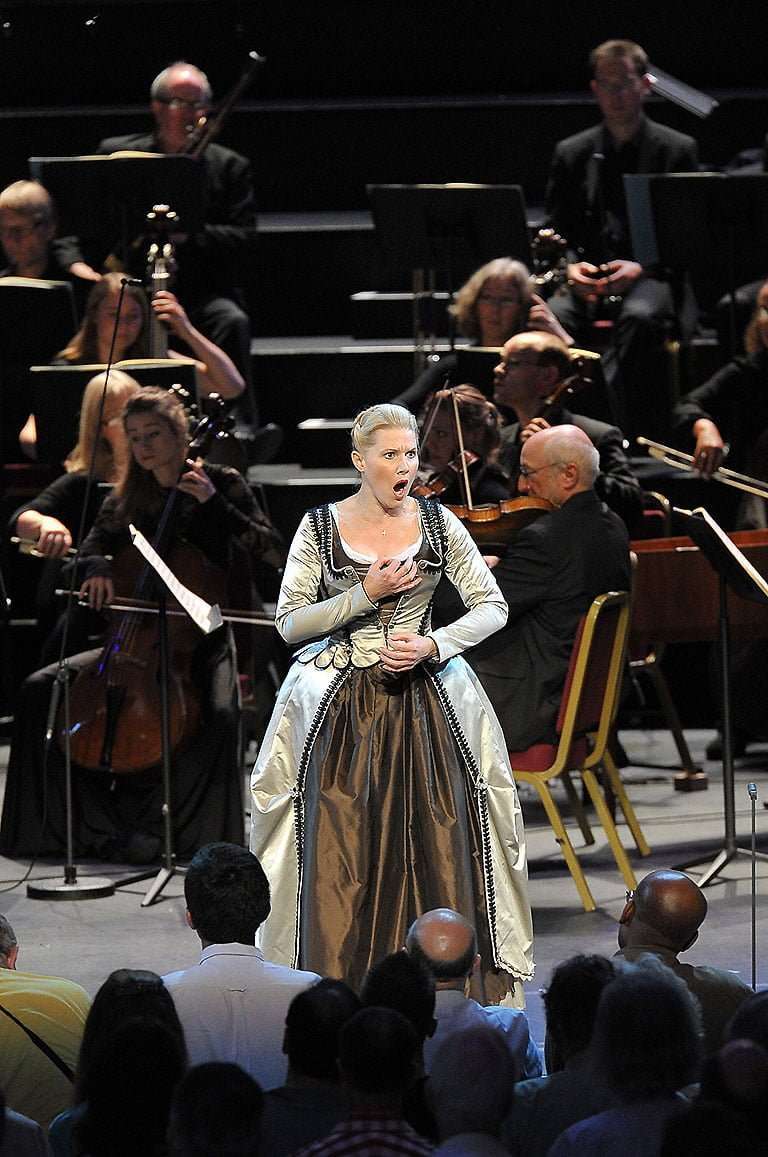 Even so, had I been listening to the broadcast on Radio 3 I think I’d have lost patience; as it was the reams of spoken dialogue (substantially restored for this production) that let the action sag only emphasised the juggling-act involved in keeping an eye on the printed libretto and the action on the stage.

In a work that could reasonably be called ‘La clemenza di Pasha Selim’, the evening revolved around Franck Saurel’s vivid portrayal of the basically benign, westernised and illumination-seeking despot, who has the ‘hots’ for the captive Konstanze. The fact that she could barely control her completely understandable fixation on the smouldering, muscular young Pasha gave the plot a Fifty Shades of Grey-style sadomasochistic complicity that cast Belmonte’s heroism as her would-be rescuer in a subordinate light – McVicar does something similar with his releasing an ambiguous dynamic into Mozart’s Figaro-Susanna-Count threesome in his Royal Opera staging – and moves the work decisively away from being mere farce.

The long melodramatic silences, though, in Saurel’s delivery of this spoken role hung heavily in the huge auditorium that is the Albert Hall, almost turning it into a play with music. The relief when the talking gave way to the stunning arias and ensembles was palpable, all the more so since this is Mozart on profligately inventive and dramatic top form, with singing and playing asserting Glyndebourne’s special relationship with Mozart. 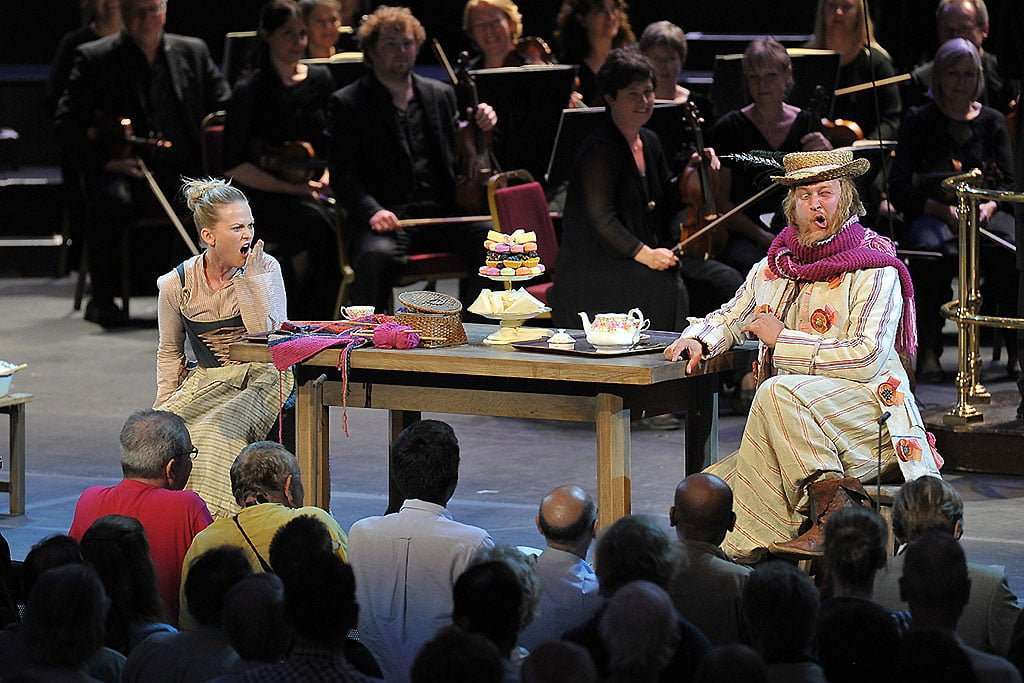 Pasha Selim had a good foil in Tobias Kehrer’s scene-stealing portrayal of Osmin, who enthusiastically makes up for his master’s deficiencies in oriental barbarity. Kehrer played the caricature villainy in style, superb in the range of his Act Three ‘O, wie will ich triumphieren’ and in his duet/full-on fight with Mari Eriksmoen’s Blonde, Konstanze’s maid, projecting steely cunning with soubrette-like vocal charm and vivacity. Completing the servant/slave power-base was Brenden Patrick Gunnell’s Pedrillo, a rival scene-stealer and in the drinking incident with Osmin an impressive knockabout comedian.

The baritonal heft to his tenor contrasted neatly with the aristocratic and technical elegance of Edgaras Montvidas’s singing as Belmonte, who set the bar high with his Act One opening aria and was superbly secure in the later, highly decorated ‘O wie ängstlich’ and his (frequently omitted) Act Three number. Konstanze has three wonderful contributions, and Sally Matthews rose magnificently to the coloratura challenges of ‘Ach, ich liebte’, brought a spellbinding interior quality to ‘Traurigkeit’ and delivered the fearsome ‘Martern aller Arten’ with virtuoso brilliance and electric eroticism.

Robin Ticciati drew on the OAE’s seemingly endless reserves of warmth, sophistication and liveliness, with woodwind-playing to die for, and the inclusion in Act One of the slow movement from the K361 Serenade to signal Selim’s cultural aspirations was a clever directorial liberty.