“They may come from different ends of the radio dial but, for one night only, BBC Radio 6 Music’s Steve Lamacq and Radio 3’s Tom Service combine their passions for music to produce the first ever collaboration between these two diverse and distinctive radio stations. As well as featuring double Mercury Prize-nominated Laura Marling, 6 Music’s own Cerys Matthews and original punk rock purveyors The Stranglers, the line-up includes the London Sinfonietta, playing works by Varèse, Berio, John Adams and Anna Meredith.” [BBC Proms website] 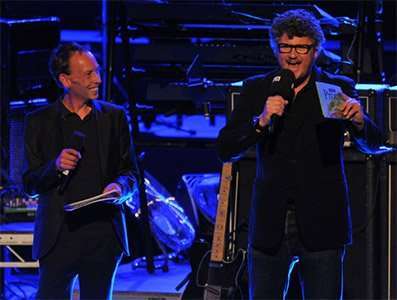 One of BBC Proms’ biggest and most valuable assets is the potential for diversity and flexibility. This can be used in a number of ways, introducing more classically inclined audiences to other styles of music – jazz, world, rock and gospel being just four in evidence during this year’s festival – and it can introduce classical music, in its many forms, to those whose staple diet is some of the above. Proms Director Roger Wright should be congratulated for this initiative to effectively ‘cross-breed’ Radio 3 with 6 Music for a while – as should Steve Lamacq and Tom Service, the boundlessly enthusiastic presenters from each station. Both stations had spent the previous week warming up for this Prom. Although at times there could have been an accusation that the artists were there simply to play music Lamacq and Service had discovered together, it was clear during this concert that sharing was the prime objective, an invitation for the audience to enjoy music on its own terms, pure and simple, regardless of genre. 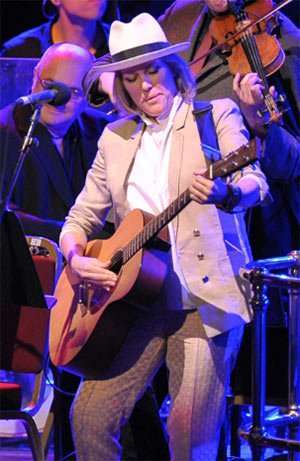 Chosen by Lamacq, The Stranglers began with one of their biggest hits, the stubborn and straight talking ‘No More Heroes’ of 1977. Although something of a ‘mark two’ line-up these days, the band’s lead singer Hugh Cornwell long having departed, the band is experiencing a creative renaissance, and looked totally at ease if a little understated, with Jet Black unfortunately but necessarily boxed-in by a Perspex sound absorber. The London Sinfonietta contributed too, by way of Anna Meredith’s bright orchestration – which, when it could be properly heard in the big acoustic, was fully in the spirit of the piece, employing thirteen percussionists to hammer home the final beats!

The percussionists (a pianist among their number) were there to play Ionisation by Varèse, introduced by Service as “the first record Frank Zappa brought” – Zappa, a focus of the Proms two weeks previously. It received a terrifically vital performance; the big slams reverberating round the hall, while the more subtly brushed moments, with the siren wailing rather ominously, got the attention they deserved. Andrew Gourlay deserves credit for conducting with clarity from distance, more or less in the dark, and it was helpful to be reminded of the forward-looking nature of this music, written in 1931.

In a wild swing of styles the Welsh singer Cerys Matthews was next. Formerly the front woman of the 1990s indie band Catatonia, she is now exploring songs old and new while lending her informed tones to 6 Music as a broadcaster. She introduced the lilting ‘Twm Sion’s Medley’ as “a favourite of King Henry V”, and while her band played attractively her standout performance was ‘Blueberry Hill’, made famous by Fats Domino, which found the sweeter side of her voice.

The music of John Adams – presumably Short Ride in a Fast Machine – was initially advertised, but it appears to have been replaced by Steve Martland’s Principia. It was an inspired choice, for Martland, who died suddenly earlier this year, is already greatly missed. His no-nonsense attitude within classical music could be equated to a punk aesthetic. Here we heard his bright, punchy interlude, the musicians of the Sinfonietta an ideal vehicle for its swaying rhythms, led by John Orford’s throaty saxophone. 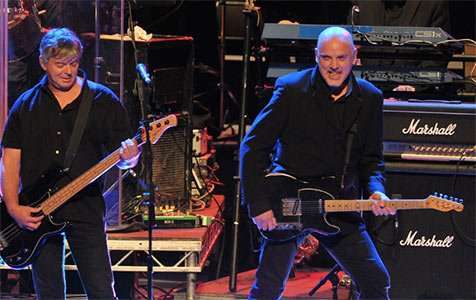 Laura Marling appeared for the one song – but it was the emotionally powerful ‘Breathe’, delivered initially with guitar before the Sinfonietta almost encroached on the intimacy of her setting and the rhythms became noticeably less natural, but by then the song had reached a point where its intensity carried all before it. Marling has a remarkable voice, a very full lower range for her relatively tender years (she is 23) and it would be intriguing to hear her in 20th-century repertoire such as Kurt Weill.

Then we moved to O-Mega, Iannis Xenakis’s final work, which spotlighted the percussive prowess of David Hockings, one of the Sinfonietta’s longest serving musicians. He obliged with a virtuoso performance of full-on drumming, shaded with strong colours from his colleagues. Later Luciano Berio’s homage to Martin Luther King was less successful on the night but still created a sense of reverence, beautifully performed by Anna Stéphany, who stood within the five-strong instrumentalists. They punctuated the solemn thoughts of the singer with sudden, jagged interventions before overall calm set in.

We had come full-circle, and The Stranglers were back with a triptych of hit songs. ‘Always the Sun’ and ‘Duchess’ gave the band a chance to settle-in further, Jean-Jacques Burnel’s resonant vocals audience-supported. For ‘Golden Brown’ we had the luxury of another Anna Meredith arrangement, but the acoustic swallowed up its syncopated handclaps and perky violins and ricocheted oddly here. Again, though, the quality of the song and its wistful delivery shone through, offering proof that not all pop music need exist in 4/4, as Nick Breckenfield highlighted in his review of the Urban Prom.

A qualified success, then, rather like selecting at random from an iPod. It was, however, an interesting and thought-provoking exercise that was musically stimulating. It also filled a gap created through the loss of BBC Radio 2’s “Electric Proms”, broadcast for a number of years from the Roundhouse in Camden. There is considerable room for development here, not to mention plenty of support, and it is hoped the experiment finds a firmer footing, whether at the Royal Albert Hall or elsewhere.