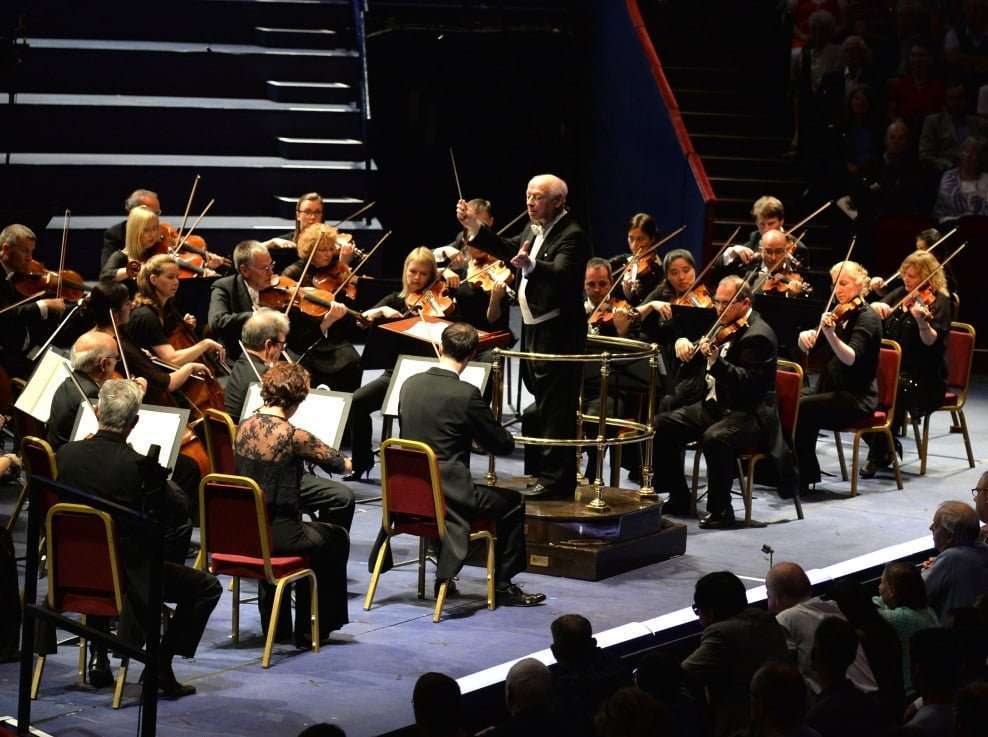 Some conductors gracing Proms 2014 are marking significant birthdays this year – Donald Runnicles 60, Andrew Davis 70, Roger Norrington 80 and Neville Marriner 90. Nor should we forget those maestros who are not appearing this season, such as David Lloyd-Jones 80 and Georges Prêtre and Stanisław Skrowaczewski, both 90. (Okay, the latter’s 90th occurred in October last year.) Milestones ending-in-five also have import. Bernard Haitink turned 85 a few months ago and he was here reunited with the LSO. They have been regular collaborators for many years, and the forthcoming Barbican Centre season is no exception with Haitink conducting the LSO in Beethoven and Bruckner.

This mutual admiration was evident during the economically scored Schubert (strings plus flute and pairs of oboes, bassoons and horns), given a breezy and decorous performance, airily textured and contoured with affection. Overall, this was a classically crisp outing tinged with romantic leanings, not least in the slow movement, unsentimental yet elegantly turned and heartfelt while avoiding seeming too long, which it often can be. For the scherzo-like Minuet, Haitink found rusticity with curved edges contrasted with an expansive, sensitivity-filled Trio. With the finale, nifty is the word that comes to mind, but undue haste was avoided, the playing always poised. And how wise of Haitink to omit the exposition repeat, for it avoids charges of prolixity that can be aimed at this movement; indeed, Haitink sculptured a perfectly proportioned account of this charming, soulful and invigorating Symphony, the LSO responding with clarity, style, gentleness and warmth. 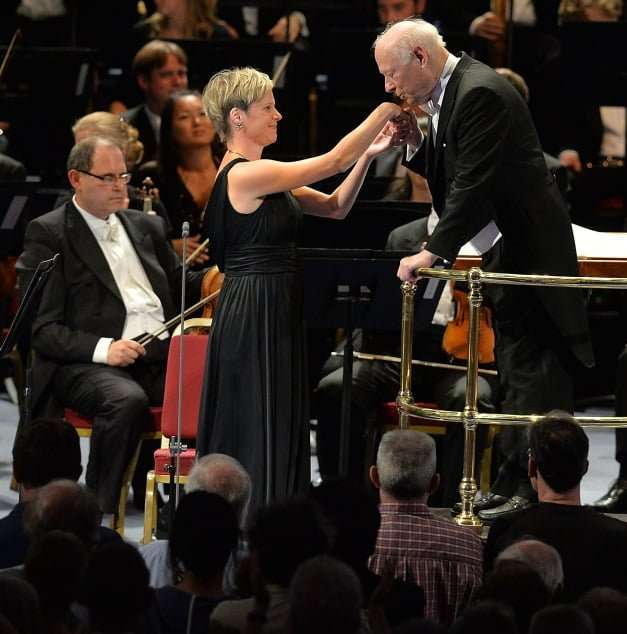 And the LSO musicians were equally attentive and classy for Mahler 4. Surprisingly, having used antiphonal violins for the Schubert, Haitink now bunched them all together for the Mahler (the formerly left-positioned double basses, four in number, became eight and sent to the right, with cellos to where the second violins had been), yet the split-fiddle arrangement is just as pertinent here. The Fourth is nominally the lightest of Mahler’s Symphonies (and is scored without trombones and tuba). Haitink – pre-eminent as a Mahlerian of course – ensured that the first movement opened with courtly grace, a gentle touch, winsome, all very gemütlich, and attractively so. But, even allowing that Mahler’s markings translate as “Deliberate”, “Don’t hurry” and “Very leisurely”, Haitink – spot-on in some respects with what you have just read – was also too comfortable, even dogged, as the music progressed, and for all the graphic detailing the nightmarish aspects that can (should) emerge were suppressed (or failed to materialise) yet it was no surprise that the blissful episode before the coda was most beautifully distilled.

With leader Tomo Keller picking up his second violin, tuned a tone higher than usual, the next movement (“At a leisurely pace. Without haste”) lacked mischievous edge for music concerned with “death in disguise”. One couldn’t fault the musicianship but there was a lack of characterisation; for all that it seemed that the Devil still has the best tunes. The highlight of the performance was the slow movement (“Restful” requests Mahler, at least for the opening measures), a delicate half-lit legend here, rapt, exquisitely played, a meld of serene beauty, passionate cries, folksiness, country-dance and Heaven-opening climax. Haitink moved straight into the finale, ‘The Heavenly Life’, Camilla Tilling (who had arrived unobtrusively before the third movement) reporting from above with delight and suggestive word-painting and, at one point, a delicious glissando. Haitink though played down the orchestra’s dangerous interventions. His sincere and focussed music-making was appreciated throughout, but as in so much Mahler volatility can be all-important. All though was at-one in the closing lullaby, very slow, very expressive from Tilling, and from a world-away, fading to nothing and silence.