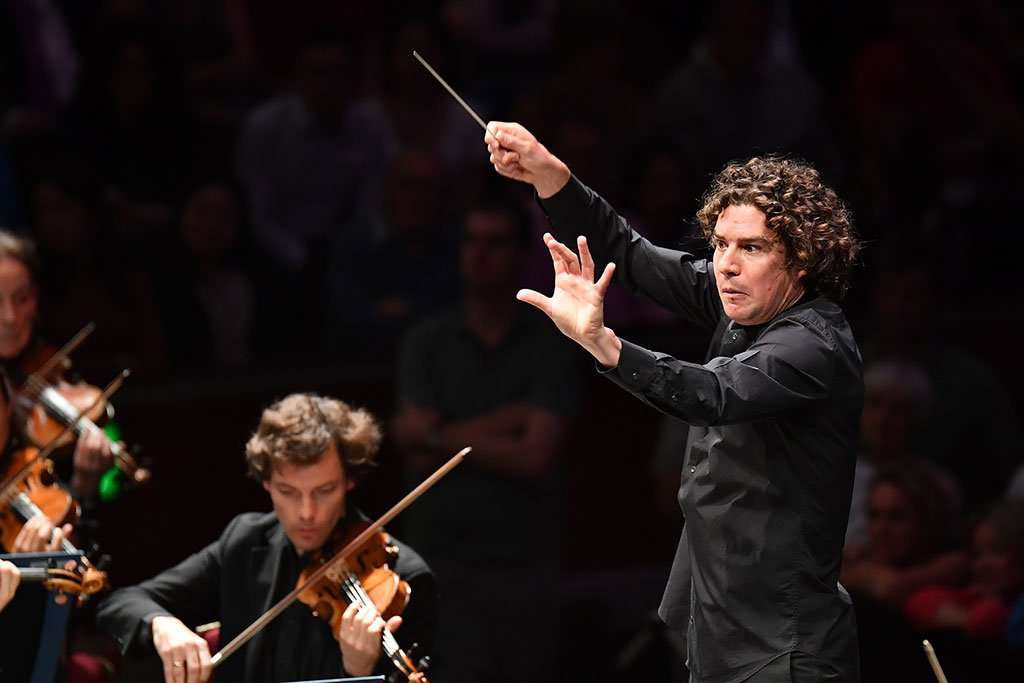 This was a concert of variable quality. It began with a somewhat disappointing account of Brahms’s Tragic Overture – disappointing in terms of basic pulse and of execution. Essentially, Robin Ticciati’s pulse was too fast – not overly so, it is true, but too fast to enable the inherent nobility of the music to be expressed with that inner certainty one finds in recordings of the composer’s music by conductors who knew Brahms. It was also disappointing not to hear the dotted rhythm of the second part of the opening theme accurately given, when it can so drive the music forward; the result was to remove much of the inner fire of the music. Finally, although the strength of the Scottish Chamber Orchestra is a little larger than Brahms’s preferred Meiningen Orchestra, it is certainly arguable that a policy of little or no vibrato (more noticeable in the concluding Schumann Symphony) robs the music of much of its inner character. Although there was a good deal of acuteness of character, this was – nonetheless – an account that was rushed rather than energetic; all-in-all, rather glib. 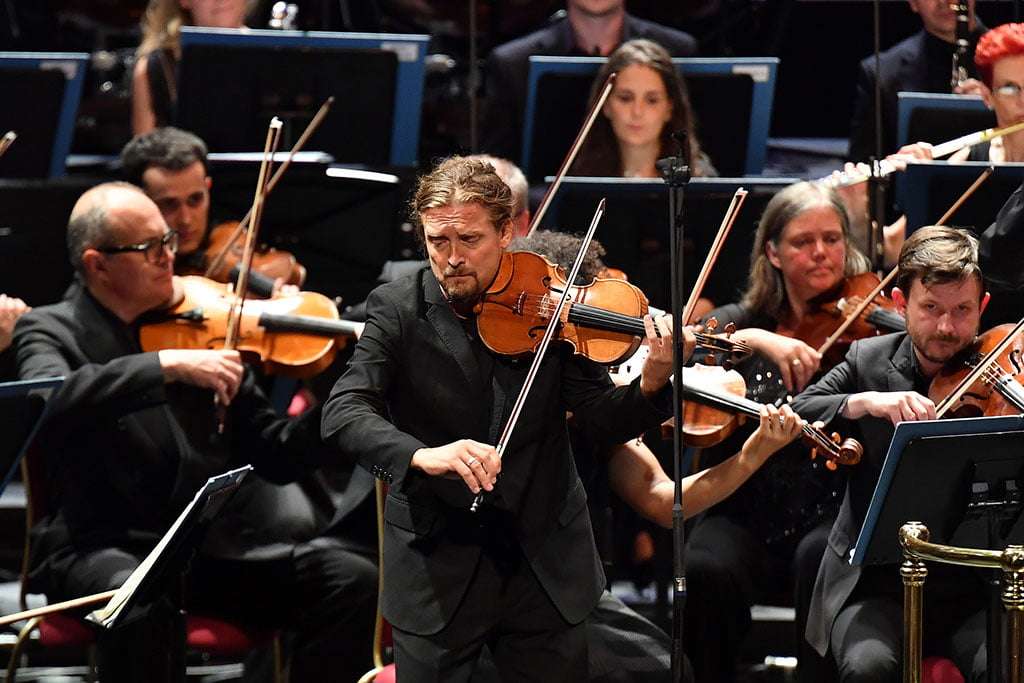 Despite such reservations, one looked forward to Berg’s Violin Concerto, with Christian Tetzlaff. In this work, the less than symphonic strength of the Scottish Chamber Orchestra was a bonus. Often, one hears this immortal masterpiece given with too large a body of strings, but here the balance between violinist and orchestra was well-nigh ideal. This was all to the good, for Tetzlaff was positively inspirational, more than outstanding, and on a modern violin too: here was artistry of superlative quality, raising conductor and orchestra to such a totally compelling, serenely beautiful and deeply moving partnership that was gripping throughout.

This Prom’s second half opened with Thomas Larcher’s Nocturne – Insomnia, for eighteen players, including piano (one of the trumpeters doubling on its strings) and celesta as well as a gigantic drum, such as one might expect to find for Verdi’s Requiem. As this piece progressed, one wondered as to the suitability of programming a relatively new work (it was composed nine years ago) such as this in the company of several masterpieces, for the threadbare musical invention and negligible aesthetic interest of the work became an embarrassment.

When Larcher’s piece was over, the audience had to wait over ten minutes whilst a team of fourteen scene-shifters removed the now-unwanted instruments, replacing the chairs, and prepared the platform once more to one usable by an orchestra.

Schumann’s ‘Rhenish’ Symphony was worth the wait. Here, Ticciati’s tempos were excellent, his command of the structure of this five-movement work was total, and one’s only niggle was that whilst the strength of the SCO approximated more suitably to that of the mid-19th-century Leipzig Gewandhaus Orchestra (noted for having fewer string-players than almost any other established orchestra in Europe), the apparent use of non-vibrato (which was not invariably observed by every player and which may or may not be authentic) robbed the music of some of its inherent warmth – especially in the ‘Cologne Cathedral’ (fourth) movement. But Ticciati’s control of balance and overall cohesion were impressive.