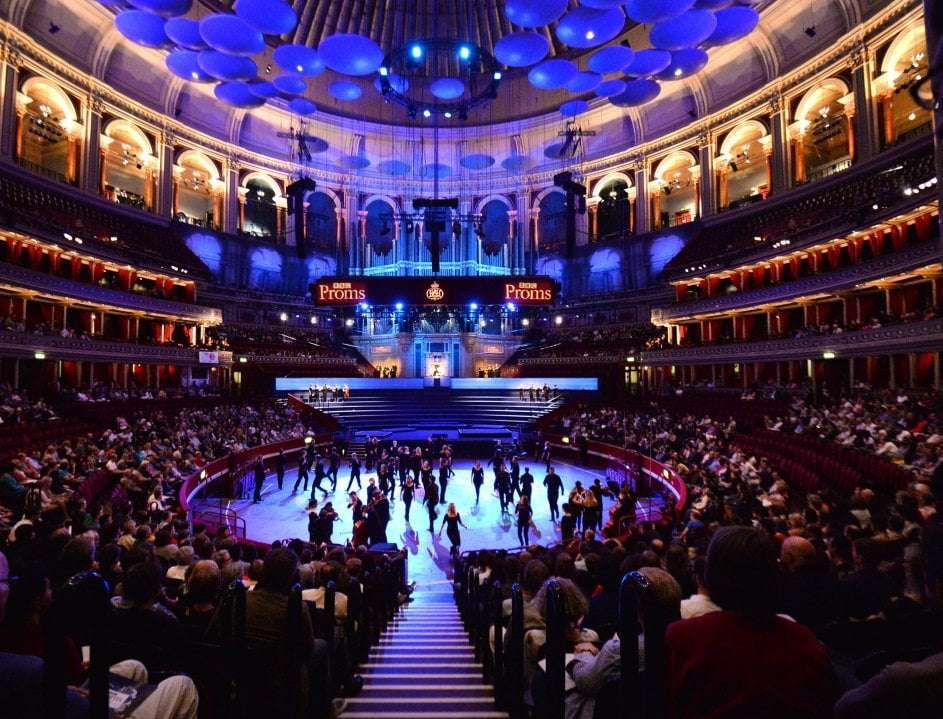 Given its unique ambience and dimensions, the Royal Albert Hall might be thought an ideal venue to put on a musical ‘event’ such as Benedict Mason has been synonymous with these past two decades. Meld (2013) was duly performed to a relatively small if highly appreciative audience as the culmination of this late-night Prom. Rarely can a commission have been so closely guarded a secret beforehand; even the programme offering little beyond a minimal context and the hope that listeners might approach the piece with a ‘‘completely open mind.”

In terms of logistics alone, the outcome was a triumph for all concerned. Intent on utilising the fullest extent of the RAH auditorium, Mason had both the Arena and Gallery cleared of audience (though season-ticket holders were offered seats in the Stalls) and made use of whole rows there as well as numerous boxes on all three levels (at least those which are not still privately owned): the constant processing between all of these must have necessitated split-second timing in terms of the musicians’ arrival and departure. That this transpired over the 42-minute course of the piece with seemingly no major breakdowns of communication says much for the staging and choreographic instincts of Mason himself, along with the movement direction of Chris Tudor and the click-track ingenuity of Felix Bastian-Dreher and Griff Hewis (aka Sound By Design). Conductors Nicholas Collon and Christopher Stark were doubtless also crucial to the result, though there was no ‘direction’ of proceedings as such (and Collon could be seen in the left-side Stalls watching intently). 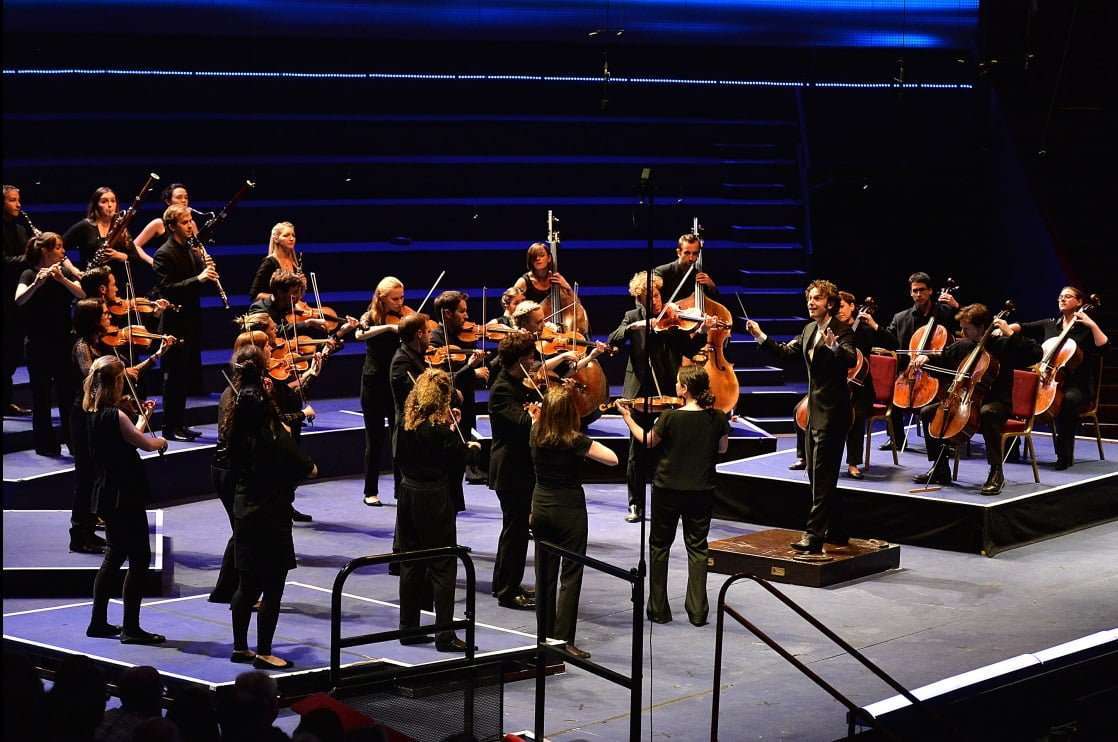 As to the music itself, this was certainly more immediate and less austere than other such events that Mason has undertaken (of which the Clarinet Concerto was heard all around the RAH at these concerts almost two decades ago). Most distinctive were the opportunities for antiphonal exchanges between related groups of instruments when arrayed on either side of the auditorium – the sound moving both vertically and horizontally with an almost tangible velocity. Other aspects were less arresting: the appearance of musicians within and around the audience was a neat theatrical touch if redolent of Xenakis’s similar experimentation – over half-a-century ago – with breaking down ostensible barriers between performers and listeners, while the free-wheeling interplay of instrumentalists and singers (from Chantage, a chamber choir of formidable skill as trained by James Davey) in the Arena was an awkward amalgam of Stockhausen’s intuitive practice and an exercise in corporate team-building – Mason here seeming content to coast on his underlying conception rather than challenge it to its limits.

A further surprise (while not quite a disappointment) was the avoidance of all those involved assembling on the platform in a ‘coming together’ as the outcome of all that had gone before, thereby giving the event its climactic focus. Instead, the musicians departed by their various exit-points in a recessional which seemed little more than a dilution of their arrival. That said, it would be churlish not to acknowledge the commitment and dedication of those taking part, galvanised by the creative insight of Mason for having envisaged it all in the first instance.

Preceding this epic undertaking, Alexandra Wood and Stevie Wishart could be seen standing at the organ console for Dobrinka Tabakova’s Spinning a Yarn (2011) – a brief yet affecting piece whose intermingling of medieval archaisms and post-modern modality afforded modest though attractive rewards such as typify the output to date of this Bulgarian-born composer.

Before that, the Aurora Orchestra (more conventionally arrayed!) gave Mozart’s Fortieth Symphony (1788) from memory. Easy to write off as a publicity stunt, this was successful inasmuch as it demonstrated a test of concentration and stamina from which these players emerged unscathed. Interpretively there was little of note – though such details as Collon’s emphasis on the glancing discords going into the reprise of the opening movement, or his cumulative projection of the stark chordal sequence at the start of the finale’s development, assuredly held the attention: instances, moreover, of a greater freedom of expression that is gaining ground now the shackles of a specious ‘authenticity’ are finally being thrown off.