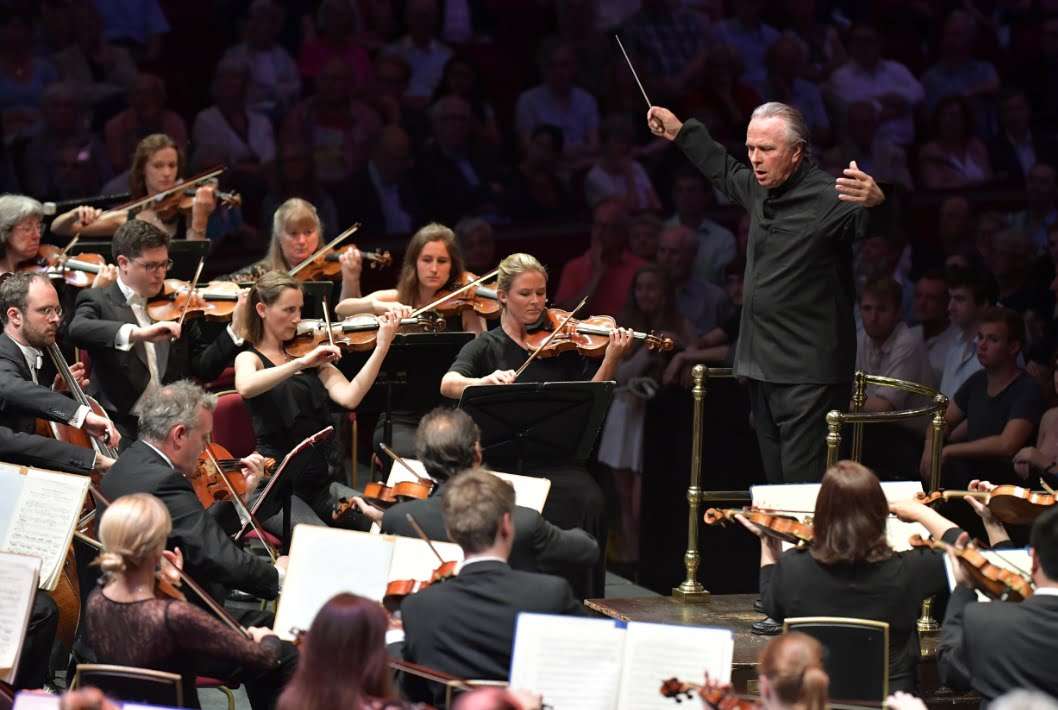 Mark Valencia writes…Tenors, those kings of the limelight, rarely take second place to anyone; but in the six songs of Das Lied von der Erde it’s the alto soloist (or occasionally a baritone, Mahler’s option) who reigns supreme. Her colleague is left to chip in with three numbers, respectively on drinking, being young and being drunk, that amount to no more than a quarter of this song-cycle Symphony’s running time and even less than that of its elusive, illusory beauty.

But help is at hand for the poor tenor. A few years ago Mark Elder took pity and commissioned Colin Matthews to revise the heavy orchestration for the opening ‘Das Trinklied von Jammer der Erde’, and this version has been performed not only by the Hallé in Manchester but also, in 2013, by Elder and the London Philharmonic at the Royal Festival Hall. So this was not, pace the BBC Proms billing, the London premiere.

As Colin Anderson pointed out in his review of that London concert, Mahler orchestrated for instruments whose decibel potential was lower than their modern counterparts, so there is a case for saying that all Matthews has done is to rein in the wild horses of the original. Matthews himself states that he took his cue from a remark made by Mahler to Otto Klemperer during rehearsals for the Eighth Symphony that “If you find anything wrong in my music it’s not only your right to correct it but your duty”. Yet is anything wrong with the music? Good conductors will manage the balance from within, and usually they do. 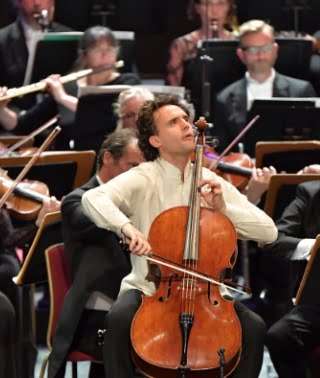 Sir Mark, of course, is much more than a ‘good’ conductor, and this Proms account of Das Lied was profoundly moving despite imperfections in the Hallé’s playing that included a splashed horn entry right at the start. Time and again he conducted the text as surely as the music, placing himself at one with his soloists, nowhere more so than in the listless yet sublime second song, ‘Der Einsame im Herbst’. If there was a slight ponderousness to ‘Von der Jugend’, and an uncertain pulse to ‘Von der Schönheit’, the four outer settings were marked by radiant delights, not least a 31-minute ‘Abschied’ of heart-stopping beauty in which he employed portamento and tenuto in homeopathically restrained quantities but with transcendent impact.

He was helped in no small measure by some magnificent woodwind contributions, and by Alice Coote, in the form of her life and more expressive of the songs’ inner meaning than almost anyone else I’ve heard. Tiny moments provoked shudders, for example the way she leaned into “kalter” at “Ein kalter Wind” (a cold wind) in ‘Der Einsame im Herbst’. ‘Abschied’ was a farewell of the utmost desolation, and the final repetitions of “Ewig” hung suspended in time and space.

The American tenor Gregory Kunde confirmed both the strengths and weaknesses that were heard a month or two back in the Royal Opera’s Il trovatore. He possesses all the musicianship and technique the songs require, but age and experience have opened up a hairline flaw in his voice that prevents it from ringing as cleanly as it needs to in this music. Kunde is no Heldentenor, which is not of itself a problem – especially with Matthews to help him out in the opening song – but on the other hand his voice cuts through the texture with a duller glint than is ideal.

Colin Matthews composed his Berceuse for Dresden in 2005 to commemorate the rebuilding of that city’s Frauenkirche following its destruction by the Allies 60 years earlier. Berceuse (lullaby) is a curious choice of title for music that’s more like a minor-key threnody: the mournfully expressive admixture of hope to grief, healing to despair, is extraordinarily moving but hardly conducive to a good night’s sleep. Leonard Elschenbroich led a reading of superb eloquence, his instrument rarely venturing far in terms of range or tempo, but always probing and keening while the orchestra rippled through all manner of figures, now slow and reflective, now quicksilver and fleet. The recorded sound of (presumably) the real Dresden bells, sounding from high in the Gallery of the Royal Albert Hall, brought the absorbing (here) 12-minute piece to an intense climax.

The concert had begun with a dark-hued account of Berlioz’s episodic King Lear Overture, which Elder conducted from memory and which, as the composer intended, he imbued with a regal solemnity that flaked away into a febrile unpredictability where, ultimately, even key-signatures cease to be constant. It was Shakespeare’s character to the life.

Colin Anderson writes…Prior to the Hallé Prom, Colin Matthews and Andrew McGregor had entered into lively and illuminating discussion. In this his 70th-birthday year (the date being February 13) Matthews is optimistic that “there is plenty of time left” for him to write further music, and he has specific works in mind that have remained unfulfilled for a while. That’s good news, for this composer-chosen group of chamber and instrumental pieces – dating from between 1973 and this year – were effectively arranged into three sequences, and made engaging listening as played by talented students from the Royal Academy of Music. 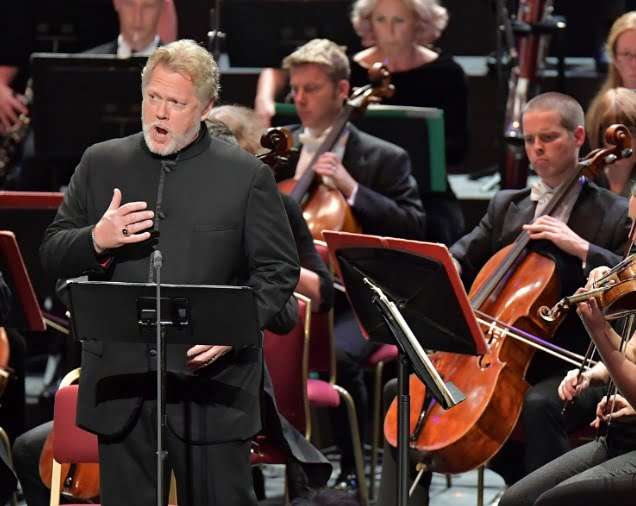 First up, the third of Three Studies – for bass clarinet, cello and piano – embracing scurrying figures and darker expression, then a movement from ‘Nowhere to Hide’ (the title owing to John Adams), this second-movement ‘Berceuse’, originally a piano piece written during the days following Elliott Carter’s death (in 2012, aged 103) to which Matthews has added violin and cello for something fragile, numbed and deeply eloquent. By contrast the fourth of Five Duos, for cello and piano, is fast, the twosome given plenty of notes. Throughout, Jams Coleman was the pianist.

Discourse took place regarding Matthews’s musical background. He doesn’t see himself as an English-music composer as such (by the way, he was born in London) and in particular is fascinated by the musical happenings during the early part of the twentieth-century, a “melting pot”. Of British composers, Matthews is most associated with Gustav Holst in matters of administration (and his daughter Imogen) and Benjamin Britten, and he also played a part – with his brother David, Berthold Goldschmidt and Deryck Cooke – in making Mahler’s unfinished Tenth Symphony performable.

Matthews was keen to include one of his own arrangements in this programme and chose Debussy’s Syrinx with his piano accompaniment. It is pertinent to ask, why undertake this at all? McGregor did so. The answer has to do with Michael Morpurgo’s version of Pied Piper, for which Matthews supplied music, including this with-piano Syrinx, “the most beautiful piece”. The flute part is left exactly as Debussy wrote it, which Luke O’Toole essayed with expressive shape and much refinement, Anna Szalucka sensitive to Matthews’s piano part (echt-Debussy it must be said). Much enchantment was created, to which the last of the Five Studies for Piano offered a different sort of hypnotism, that of Minimalism. This earliest of Matthews’s choices here, from 1973, enjoyed Szalucka’s poise and control of dynamics (becoming louder); despite its shortness it also grew to be resistible, although “it’s one of the pieces I can still live with”, said Matthews. It seems that he found Minimalism restrictive, but an interest in it, together with what Peter Maxwell Davies and Harrison Birtwistle were doing, helped form Matthews’s compositional voice. 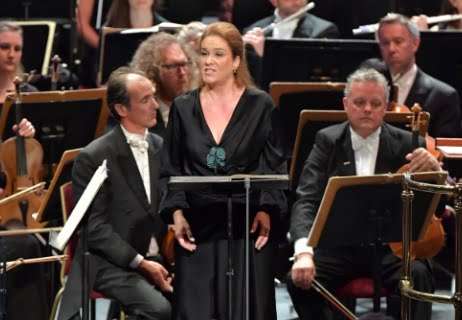 McGregor made the interesting point to his guest that “traces remain” (which is the title of an impressive recent work by Matthews) of other composers in his music, something that the archaeologist in Matthews acknowledged. The remaining selections were the first of Three Interludes – for clarinet, viola and piano – gentle, mellow-sounding, mysterious and swelling romantically, then ‘Luminoso’ (one of Four Moods, for viola and piano), written for the writer and critic Michael Kennedy, initially agitated and a little acerbic, coming to rest most tenderly and affectingly; I missed the quotation from Richard Strauss but I am reliably informed that it is from Der Rosenkavalier. Finally, now with Jams Coleman returned to the piano, Moto perpetuo (composed with Helen Carter, Elliott’s wife, in mind), and also featuring a violin, and which lives up to its billing.

Thanks to the host and the subject, this was an admirable Proms Extra event that filled fifty or so minutes with erudition and fine music. To Colin Matthews – a mentor for younger colleagues and the founder of the NMC record label (twenty-seven years young and now with 200-plus titles) – belated greetings for his 70th. Congratulations also to the RAM musicians for their gifted renditions.