Borodin
Symphony No.2 in B minor
Glazunov
Piano Concerto No.2 in B flat, Op.100
Gubaidulina
The Rider on the White Horse [UK premiere]
Mussorgsky, orch. Ravel
Pictures at an Exhibition 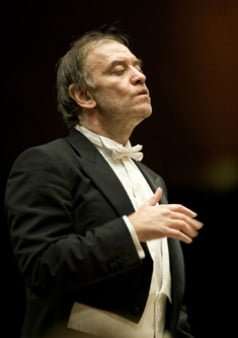 A concert comprising Russian music of greater and lesser familiarity – which latter term is unfortunately true these days of Borodin’s Second Symphony (1876), the piece never having regained the popularity it held up until half-a-century ago. Perhaps its modest dimensions are partly to blame, making it too short for a concert’s second half and too substantial for a curtain-raiser, and though it was effective in programming terms, the work’s technical difficulties were not wholly addressed. In particular, the initial Allegro never quite recovered from its flatulent opening chords, for all that Valery Gergiev had the measure of its fervent rhetoric, while the outer sections of the scherzo were nowhere near the Prestissimo marking, though the trio was winsomely characterised. Matters improved notably in the slow movement, whose sheer songfulness belies its formal and harmonic cunning, while the finale had the requisite flair and incisiveness – though Gergiev’s rather too hasty launching of the coda might have accounted for the unfocussed closing bars.

Although Glazunov had started out as a composer within the Borodin mould, his later music followed Tchaikovsky in its rapprochement with the Austro-German tradition. It would be all too easy to dismiss his Second Piano Concerto (1917) as an essay in faded Romanticism, yet this would be to overlook its elegant handling of the relationship between soloist and orchestra (the scoring unfailingly economical in spite of the sizable forces), while the formal trajectory continues on from that of the Violin Concerto in its integrating of movements into a continuous entity – the opening theme having a ‘motto’ significance that is crystallised in the restrained apotheosis. 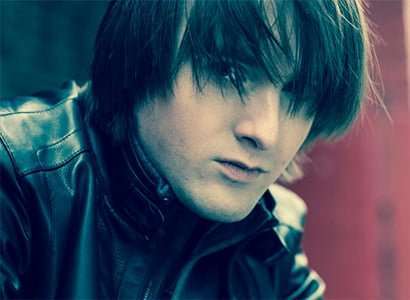 Gergiev’s accompanying found him at his most attentive, yet he need not have worried as the young Daniil Trifonov evidently knew the work from memory and, judging by his skilfully nuanced reading of the solo part, from the heart. He proceeded to up the ante with a scintillating account of ‘Infernal Dance’ from Stravinsky’s The Firebird in Guido Agosti’s uproarious transcription.

While Gergiev has been selective in his promotion of latter-day Russian music, he has proved a steady advocate of Sofia Gubaidulina. Proms regulars may recall his Sunday afternoon epic a decade ago of her twin oratorios St John Passion and St John Easter (followed in the evening by Shostakovich Four!), of which the latter was the source for The Rider on the White Horse (2002). The piece is typical in its juxtaposing of disjunctive musical imagery, the climactic stages dominated by thunderous bass-drum volleys and explosive chordal outbursts from organ. As a depiction of the Transfiguration and Ascension of Christ, this was effective on its own terms and the LSO’s response was suitably unsparing.

The closing work returned to familiar ground in the guise of Mussorgsky’s Pictures at an Exhibition (1874) in Ravel’s consummate orchestration (1922). Consummate in that, although it is far removed from the Russian tradition in its transparency and precision, it paradoxically makes the composer’s evocation of Viktor Hartmann’s sketches and designs the more tangible and immediate. Gergiev was duly alive to this aspect – with the LSO drawing a venomous reaction in ‘Gnomus’ and a chill desolation during ‘The Old Castle’, while bringing out the wistful charm of the ‘Tuileries’ then the remorseless gait of ‘Bydło’. ‘Ballet of the Unhatched Chicks’ was as whimsical as ‘Samuel Goldenberg and Schmuÿle’ felt viciously insinuating, then the unceasing activity of ‘Marketplace at Limoges’ was pointedly denied by the baleful starkness of ‘Catacombs’, followed by an ethereal transformation of the ‘Promenade’ theme in its postscript ‘Cum mortius in lingua mortua’. After this, the alternate energy and mystery of ‘The Hunt on Hen’s Legs’, with its vivid depiction of Baba-Yaga, made for a bracing transition into ‘The Great Gate of Kiev’ – its combination of grandeur and introspection finely marshalled towards a resounding peroration, and with the LSO at something near its virtuosic best. That Hartmann never carried out his ‘great gate’ project matters little when Mussorgsky gave it such substance and Ravel such presence.