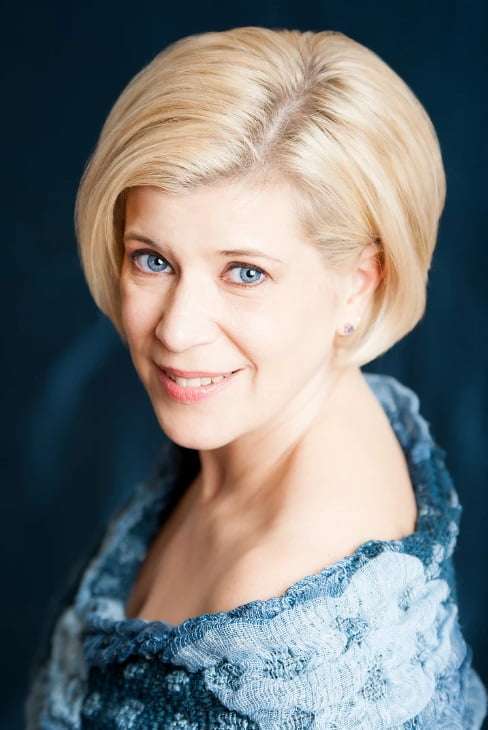 Serendipitously programmed (there was no mention in the Proms Guide, nor in the meagre programme) for the exact seventieth-anniversary of Indian Independence (and Partition), Passages was the 1990 east-meets-west collaboration between old friends Ravi Shankar and Philip Glass, who had met during the 1960s in Paris, working on a film score. Passages is an album, I confess, which I did not know.

Although the printed programme was rather unhelpful in finding anything out, it turns out that Karen Kamensek has made a performing version of Passages, re-barring the three Shankar movements so as to be played more easily by western musicians, the ever-versatile Britten Sinfonia, arrayed stage-left with guitar, wind and brass behind, looking over the carpeted platform: the preserve of the Indian musicians in their cream or gold sherwani and their instruments. The line-up was completed by a row of percussion and four singers and, of course, Anoushka Shankar, daughter of Ravi.

The conception of Passengers is an intriguing one – each composer provided three movements, but using themes provided by the other. So in the opening ‘Offering’, which gently starts with a typical Glass rising arpeggio on the cello, the saxophone that creeps in is a Shankar raga. His ‘Sadhanipa’ (rather like ‘Do-Re-Me’ the title indicates the first four notes of the melody) brings in the sitar, although later a mournful trumpet rides over the music. The fantasia-like nature of Indian music, with its shifting tempos makes Shankar’s contributions (followed by ‘Raga in Minor Scale’ and the final ‘Prashanti’ – Peacefulness) the more beguiling, but even Glass’s offerings (third-movement ‘Channels and Winds’ – featuring soprano – and fifth ‘Meetings Along the Edge’) seem more varied than one normally expects from this source. Anoushka Shankar’s sitar was very judiciously amplified, and the sound-mix was admirable.

Rapturously received by a large late-night audience, Passages offered mesmeric nocturnal balm with a pleasing meld of musical styles, Shankar’s sitar majestically to the forefront with its amazing timbres and tones. Finally, ‘Prashanti’, involving all four voices, as well as Gaurav Mazumdar, sent us away with an appropriate feeling.

One cavil though: I am at a loss to understand that when events such as these come to the Proms they are not presented to the standard of evening ones. I was seriously disappointed in the printed programme – simply an A3 size folded to A5, limiting the information available. Apart from a photo of Anoushka (and two of her father, one with Glass), there were no other artist snaps, biographies were limited to one paragraph, and there was no orchestra list. I can’t think of another occasion that the performing musicians have not been credited in a programme. Come on BBC Proms: you can do better than that.