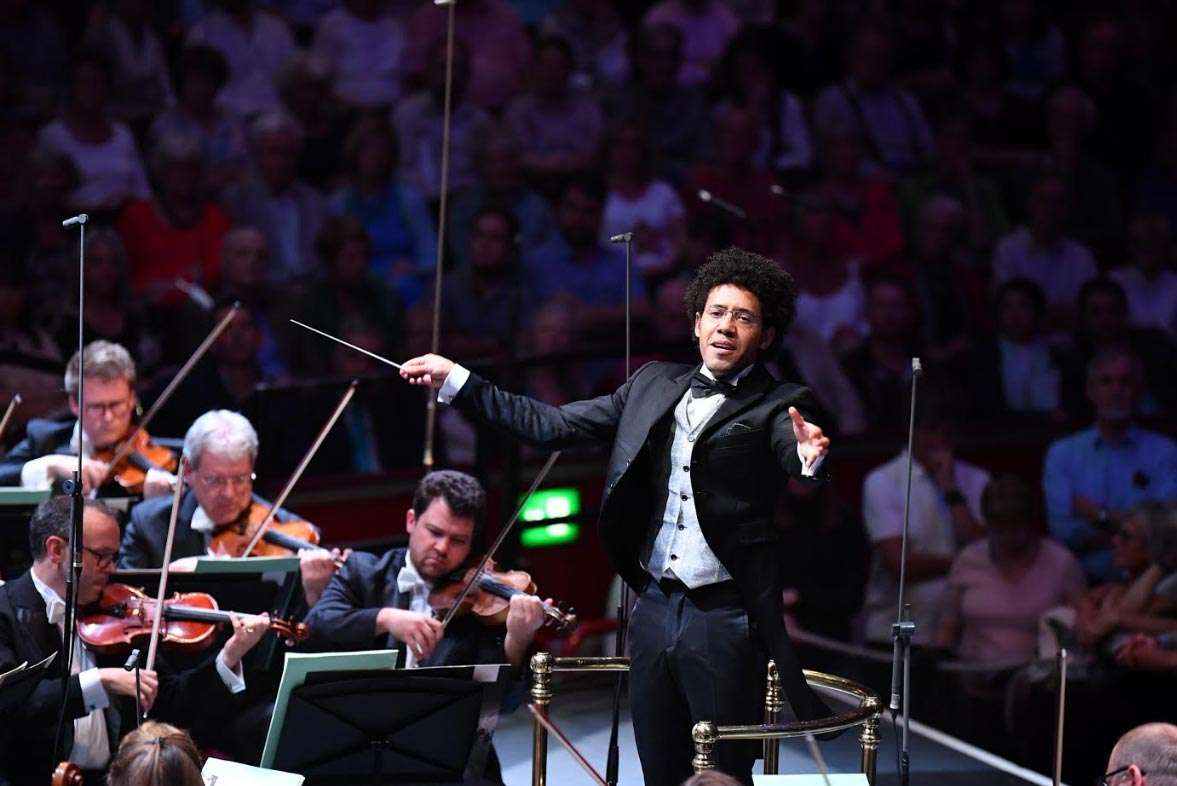 Reviewed from live BBC Radio 3 broadcast… This appealingly designed Prom, “Youthful Beginnings”, showcased the familiar and the audacious, secure roots and tentative blossoms. Beethoven’s First Symphony, premiered in 1800, got the journey under way with spritely rhythms and orchestral sparkle, Rafael Payare securing a characterful, stylish, tightly co-ordinated account from an on-form Ulster Orchestra. Full-bodied chording, crisp string articulation, and an assertive brass section, cantering trumpets in the codas of the outer movements, lit proceedings with vigour. Here was music of confident classical structure and grammar yet still with the capacity to surprise – that famous opening dissonance; the Minuet-turned-Scherzo (Payare, dispensing with da capo repeats, sculpting an appealingly mellifluous Trio, slightly slower); the notion of a dancing Andante (close in this performance to its later-added quaver=120 marking); a Finale teased by prides of playfully Haydnesque ‘kittens’ grown gruffly tigerish. Beethoven on the cusp of thirty, Napoleonic time on the march.

Closing the concert, Shostakovich’s post-Romanov Soviet first-decade First Symphony, presented by Malko and the Leningrad Philharmonic in 1926, climaxed in a gritty, bold race for the finish, Payare relishing its super-abundant individuality and moments of fearless, prophetic theatre. Overriding the sense of a teenager occasionally not always sure of the way ahead, he captained a reading making the most of the work’s mosaic of fairyland and fable, grotesquery and tragedy, vaudeville and concert room. Orchestrally, he went for strongly contrasted colours, instrumental sections and solos less blended than acidically individualised: the arresting, dynamically graded timpani solo of the Finale (Mark McDonald) was just one of many spine-chilling details. Every gesture, rhythmic tension and emotional cameo affirmed these pages to be no throwback statement looking to Russia’s past but a determinedly fingerprinted canvas of powerful new voice and intense imagination. Jaggedly Ural-like, the Largo third movement, with its Siegfried quotation and anticipation of the Eighth Symphony, towered profoundly and magnificently. 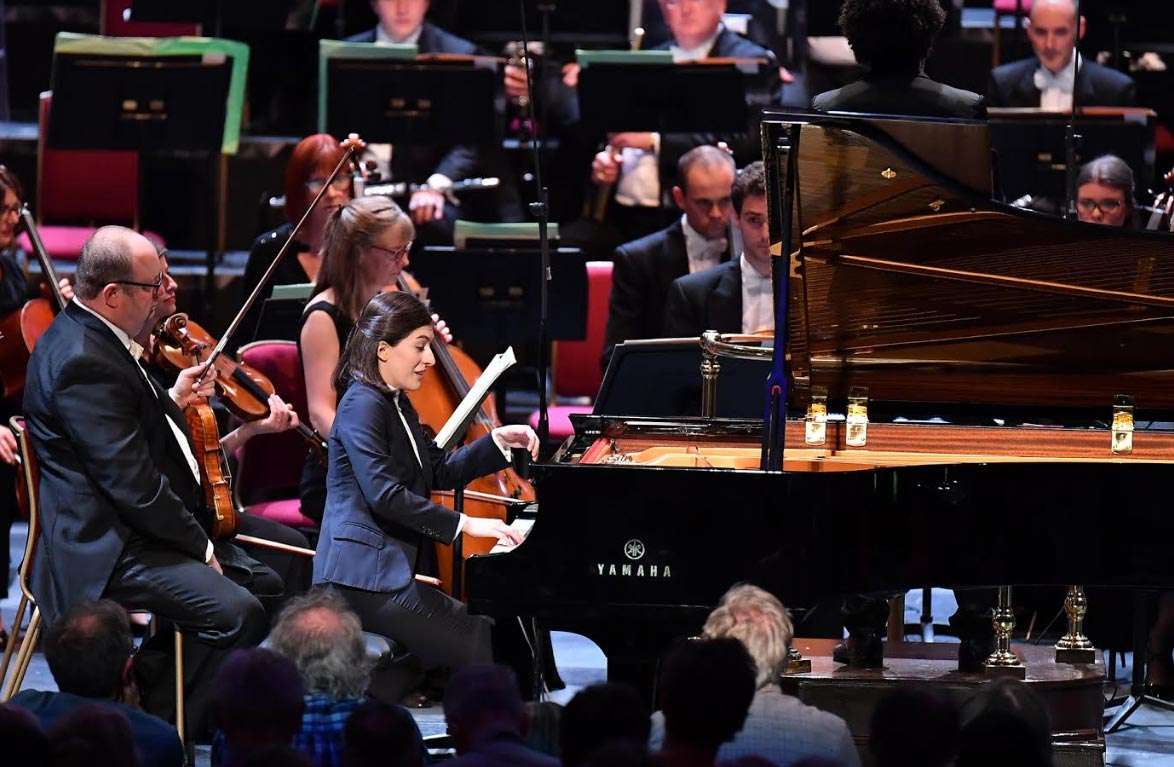 Sofia Gubaidulina’s early Fairytale Poem (1971), derived from music written originally for a Moscow Radio broadcast, is based on a Czech fantasy-tale all about the life, dreams, rapture and fading stub of a stick of schoolroom chalk. It wants to draw “wonderful castles, beautiful gardens with pavilions, and the sea”, but is resigned to a life of mathematical equations and language exercises. First performed under Bernhard Klee in Hanover in 1992, the scoring calls for three flutes, three clarinets, bass clarinet, two percussionists, harp, piano and thirty strings (10.8.6.4.2). With these particularised forces an exotic, shimmering, rarefied soundworld is created, the long lines and lyrical leitmotif of the whole reminding us gently of Gubaidulina’s assertion that within her Tatar makeup East meets West. A beautiful if occasionally strange little tableau – the kind of ‘enchanted’, delicately crafted, chamber-like piece Liadov might have written had he been born a century later. Payare and his Belfast players rose to the challenge, responding with a balanced ear to the sophistication and dynamic finesse of the composer’s invention – passages like the measured, layered, muted Schumannesque swell-and-fade at figure 18 and the final thirteen bars dying to ppp nothingness magically suspending time and sensation.

Born two-hundred years ago, Clara Schumann – the earth mother of Romantic pianism, a woman surrounded by strong men, from her father, Friedrich Wieck, through her husband Robert to Brahms – gave the first complete performance of her Piano Concerto, dedicated to Spohr, at the Leipzig Gewandhaus in 1835, conducted by Mendelssohn. She was sixteen. According to her diary, St Cecilia’s Day 1833, the Finale (originally a single-movement Concertsatz) was orchestrated by Robert. The music has its day, and, via Weber and Mendelssohn, some innovatory touches. The three movements are linked, there are no cadenzas, and the sixty-six-bar central A-flat ‘Romanze’ is an unaccompanied duet for soloist and cello – its sonic association not to be lost on Brahms forty-plus years later.

The Weimar-trained Georgian Mariam Batsashvili, a BBC New Generation Artist, has the notes in her fingers. She focussed the more virtuosic passages, negotiated the (period fashionable) skips and double-notes with alacrity, and savoured the decorative roulades with some grace. But at times her carefulness led to a cautious overview, to a holding-back of tempo. It would have been good to hear a bolder attack in places (her first octave entries, for example), and more of a lyrically projected ‘vocal’ ring in the gran espressione-inclined passages. For an encore she offered the fourth of Liszt’s Paganini Studies – Liszt whom Clara admired but then came to despise. Fairy cobweb E-major mechanicals if not without a certain capriciousness of pulse and cadence.