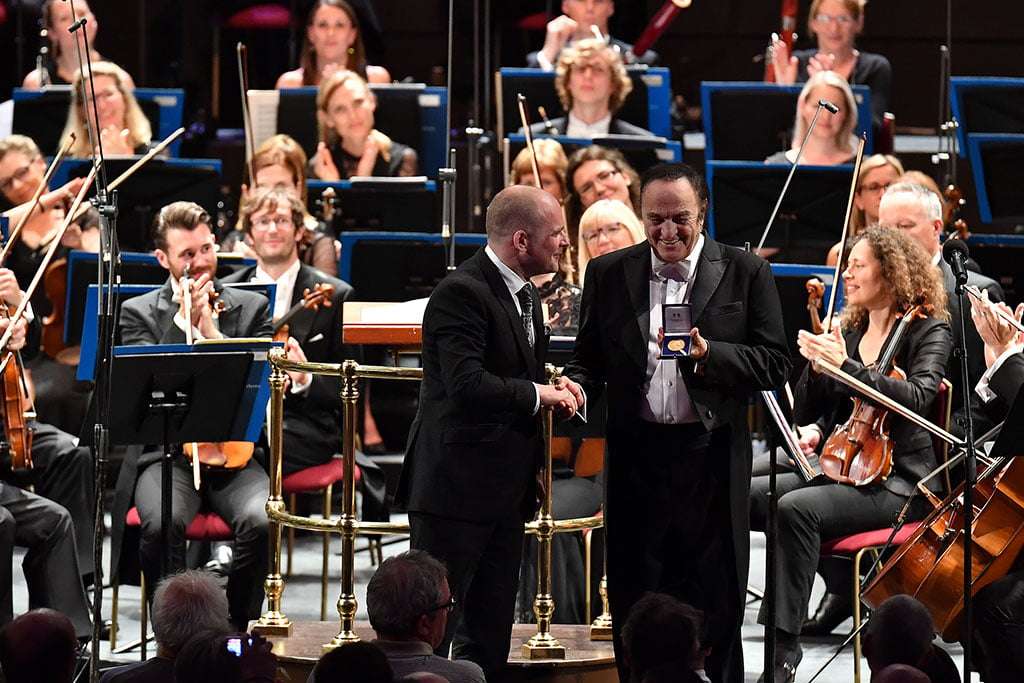 It seems impossible that Charles Dutoit is now eighty, and not far short from turning eighty-one; as lithe as ever he conducted his tenth Prom (only one of those in the last century – 1981, at the helm of the National Youth Orchestra of Great Britain), here with the Royal Philharmonic Orchestra, to which he paid full praise in his short acceptance speech having been presented with the Royal Philharmonic Society’s Gold Medal (the one-hundred-and-third recipient) from John Gilhooly at the start of the second half. As Gilhooly mentioned, the occasion was apposite as the concert closed with a work the Society commissioned: Saint-Saëns’s Third Symphony.

In fact, all the works here are typical Dutoit repertoire, fondly remembered from his Montreal days: all in classic recordings. Even Joshua Bell’s encore (the ‘Méditation’ from Massenet’s Thaïs) exists in a recording by him, and the RPO, if not with Dutoit. 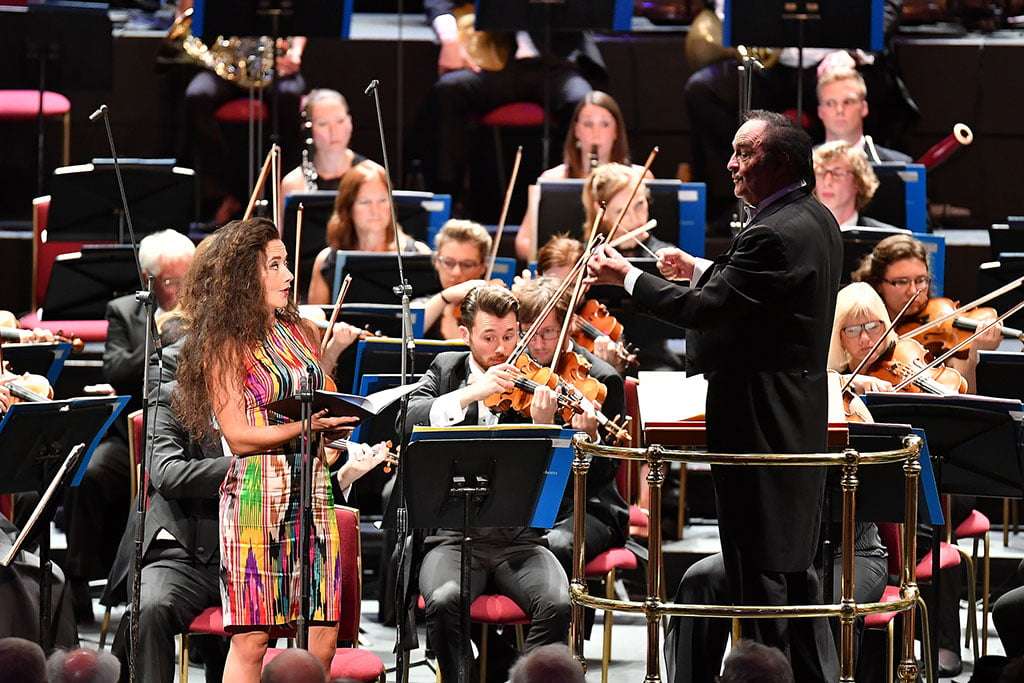 I learned my Falla at Dutoit’s knee, and it was great to hear such a vibrant and visceral performance of El amor brujo (Love, the magician). Amidst such eloquent solos as John Roberts’s plaintive oboe, Emer McDonough’s mellifluous flute and principal strings – cellist Tim Walden, viola-player Abigail Fenna and leader Duncan Riddell – all with lustrous interventions, Stéphanie d’Oustrac was rather disappointing, particularly in the opening – almost spoken – ‘Song of the Broken Heart’, delivered with little projection. She was stronger in full mezzo-mode in ‘Song of the Will-o’-the-Wisp’, but, with her left-leaning bias, from where I sat she remained underpowered. 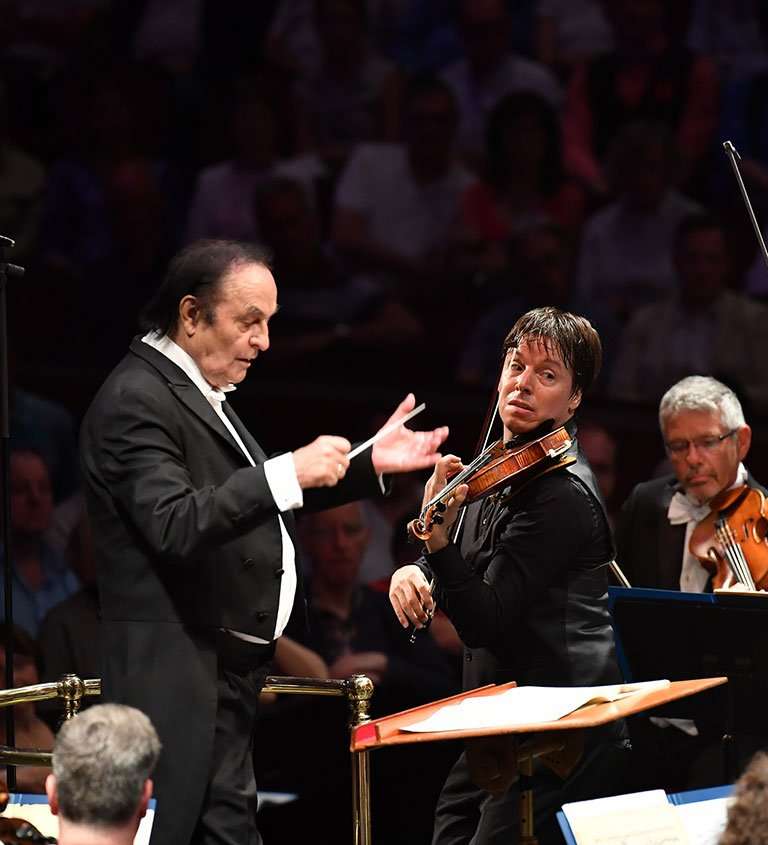 With only its second Proms performance in the last fifty-six years, Lalo’s Symphonie espagnole made a very welcome reappearance; marking a distinct upturn for the composer following Les Siècles’s account of music from Namouna the previous night. Joshua Bell’s eighteenth appearance at the Proms (curiously, three of those have been followed by Shostakovich’s Tenth Symphony) sorted the wheat from the chaff when, after the third movement, a section of the audience clapped; but of course Lalo’s Spanish Symphony has five movements, the fourth (slow with imposing brass chords) offering a contrast to the irrepressibly catchy Finale (an earworm if anything is). Bell was his consummate self, matched by Dutoit and his players, allowing Lalo’s invention (sometimes, admittedly, a touch bombastically) unfold with no added interpretative emphasis. At the end Bell urged Dutoit to single out harpist Sally Price for her contributions. An encore was de rigueur, Bell announcing the Massenet, as generous a choice as it was exquisitely played, and requiring the addition of bass clarinet and cor anglais.

Following the presentation of the Gold medal, Dutoit directed a seriously cogent rendition of Saint-Saëns’s wonderful Symphony “avec orgue”, as the composer inscribed it, in which – perhaps surprisingly – mohawked Cameron Carpenter refused to assume star status. This is very much an ensemble work, the organ required for only the second movement and the Finale, although it was unexpected that after a single curtain-call from the console Carpenter disappeared completely, leaving Dutoit to greet the packed-audience’s acclamation. Carpenter’s contribution to the slow movement was a study in subtlety, matched by glorious pianissimos from the orchestra and he wasn’t overpowering in the mighty Finale. Saint-Saëns 3 is a great work for the Royal Albert Hall and this performance of it did not disappoint.