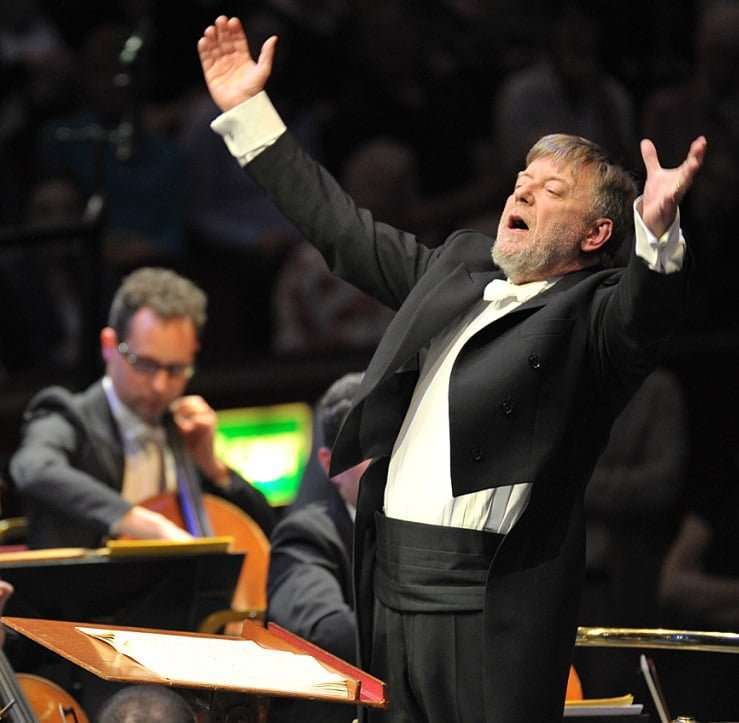 Sir Andrew Davis, going great guns at the Lyric Opera of Chicago until at least 2021, has since January last year also been the Chief Conductor of the Melbourne Symphony Orchestra (founded in 1906). They arrived at the Proms with a very popular programme – everyday music that is played by everyone, so it was Aussie hats being thrown into the international arena – if with not a note of anything home-grown.

The concert opened with Richard Strauss’s Don Juan, a dashing outing for the roué, full of vim, vigour and all-important seduction. In the mould of Kempe, Reiner and Szell, if without quite emulating their incisiveness and seamlessness, Davis bundled the music along infectiously allied to textural clarity (the harp unusually clear), the slower music glowing with lechery and kept potent, and if the MSO is not the most homogenised of ensembles (maybe that’s a plus) and also prone to the odd mistune, then such edginess brought its own rewards and Jeffrey Crellin’s contribution on oboe was full of character with much tender wooing … a Don that bodes well for this team’s Strauss series just launched on ABC Classics.

Elgar’s Cello Concerto enjoyed Truls Mørk’s dignified playing, balancing justly the music’s stoicism and resignation, intensely projected but not overbearing and with dynamic light and shade. With Andrew Davis being an Elgar veteran, there was a sympathetic accompaniment (if a slightly lax one, Davis and his baton seem no longer an item) as well as some nicely observed shared ideas of interpretation. Yet the Norwegian cellist, 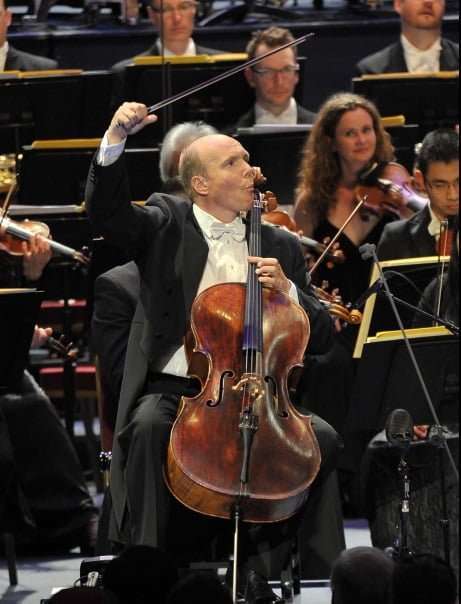 normally so immaculate, wasn’t quite pristine in the instrument’s highest register during the fleet second movement and there was a tendency elsewhere to ordinariness as well as a lack of tension where it was needed most. As an encore, a movement from Benjamin Britten’s Cello Suite No.2 (Opus 80, written, like Britten’s other two Suites, for Rostropovich) found Mørk in his element, improvisatory yet always searching, although the sudden change to moody lighting was a contrivance too far.

The Berlioz found the MSO more settled. Davis conjured a concise (no repeats in the first and fourth movements) and contoured account, promising much with the reveries and passions of the first movement – superbly stylish solo horn-playing early on, full-orchestra ardency later, led by Davis with a flexibility that once again cued a magical oboe solo from Crellin. The waltz second-movement (thankfully without the irritating ad lib cornet solo) reminded that portamento was an expressive art of yesteryear that is now not easy to emulate, but good to hear an attempt at it, otherwise the dance was pleasingly light and swirling. With the next movement’s move into the country, the Royal Albert Hall afforded an ideal perspective for the off-stage oboe’s responses (later to be unrequited) to the foreground cor anglais as part of a slow-burn if voluble traversal (I loved the intervention of some of the double-basses’ pizzicatos), culminating in four-timpani thunder (Berlioz in extravagant mode). However, ‘The March to the Scaffold’ and the ‘Witches’ Sabbath’ both lacked danger, the former too fast – Berlioz’s deliberate marking is to be trusted – and lacking the super-virtuoso swagger it demands, and then with the latter movement gleeful if suggesting a rather too-happy gaggle prancing around the cauldron. The off-stage bell (to which one of the percussionists had to make a very visual exit to strike) was more a Sunday-School summons than a doom-laden sound of the night, and, for all the activity of the closing pages, if the piccolos in the very final measures don’t really register then Berlioz’s seething imagination and orchestral brilliance is just that little bit compromised. Yet it was all enjoyably lively.

As an encore, music by Percy Grainger (1882-1961), born in Australia, died in America, and who did much travelling in between. He was based in London between 1901 and 1914, so his Handel in the Strand was appropriate, and was introduced with the conductor’s customary comic timing: Sir Andrew delayed his announcement and then simply said the composer’s name. Even allowing that Grainger sometimes made different versions of his pieces, this one (unlike the joyous piano-and-strings adaptation) didn’t sound idiomatic (possibly then the work of another hand), being brassy and concerto-for-orchestra-like; a fine showpiece for the MSO if swamping the essential simplicity and easygoing nature of the music. The Melbourne musicians may not have waltzed with Matilda, or tied-down any kangaroos (which is dashed unsporting anyway), but unlike Charlie Drake’s boomerang the Melbourne Symphony Orchestra will hopefully return to the UK, for it made many friends here through its collective gut-honesty and hard-working resolve.