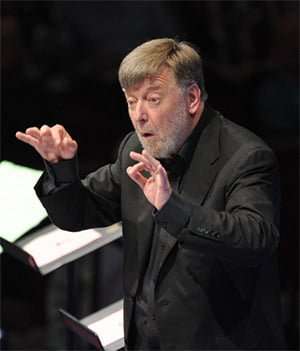 Tortured innocent he may have been yet a hundred years after his birth Benjamin Britten seems as much a fixture of our national life as that other great survivor of the post-War social, political and cultural settlement, the NHS. Michael Tippett on the other hand threatens to go the way of British Rail, his reputation oddly fractured, his oeuvre sometimes dismissed as the blather of an amateur with pretensions. While this is not the place to examine why this should be so, it does explain the decision to focus on both men at the Proms, giving us the opportunity to compare and contrast Britten’s essentially conventional realism (in Billy Budd and elsewhere) with his colleague’s more speculative, visionary approach.

The Midsummer Marriage, a magnum opus which updates Mozart’s Die Zauberflöte (The Magic Flute) for the age of Jung and of the Welfare State, was last performed in its entirety at the Proms in 1977 when Richard Armstrong’s Welsh National Opera line-up included a young Felicity Lott as Jenifer and Raimund Herincx’s well-established portrayal of businessman King Fisher. The present team lacked the same kind of corporate focus but it’s those exultant, long-breathed melodies and consistently bouncy rhythms that count – as Sir Andrew Davis proved, launching the opening with the kind of fervour mustered by the late Sir Colin Davis for the work’s one commercial outing in the recording studio. Some orchestral transitions were paced yet more rapidly. No worries. Chorus and orchestra were unfazed, excelling throughout with sterling work from hard-pressed horns and hyperactive strings. No clumping about on this occasion either in the substantial dance component which contains some of Tippett’s very finest music. 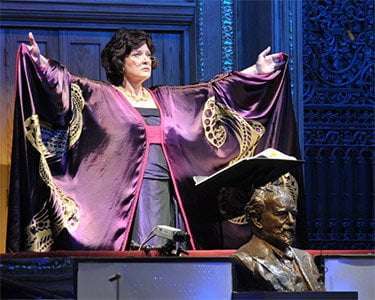 Whether semi-staged or not (this show couldn’t quite decide and made some questionable decisions of which more anon) it matters rather less in a concert performance that the composer’s own text veers unpredictably from the Homeric to the domestic. The libretto sometimes gets knocked for the wrong reasons. King Fisher’s ‘Now is this nonsense at its noon!’ comes across as knowingly self-aware these days, whereas Bella’s Act Two ‘make-up’ aria really has dated, its balancing function within the opera compromised by the march of feminism. In any event, the Royal Albert Hall’s resonant acoustic ensured that words were not consistently audible.

Of the young protagonists who, in their own ways, break with tradition, Paul Groves and Erin Wall had the harder task as respectively Mark and Jenifer. Groves, a familiar Gerontius, sounded a little short-breathed in his effusive Act One aria. His partner, eminently musical, was sometimes drowned out (although Davis was careful to keep the BBCSO down in the early stages). Closer to ideal were Ailish Tynan as Bella and Allan Clayton as Jack, the down-to-earth couple whose aspirations are less Wagnerian in scope and musical expression. Tynan made a particularly strong impression even without her costume change for Act Two. I would not mention her carnal magenta frock and gold shoes were it not for the fact that other, more or less obligatory ‘transfiguring’ costume changes were ignored. There was an inconsistency about the way Act Three was ‘staged’ too – no soothsayer’s crystal ball to smash but a tangible prop weapon and a sudden excess of stage movement at the climax as King Fisher made his way to Sosostris’s perch in the organ loft. Catherine Wyn-Rogers had delivered her earlier pronouncements from up in the Gallery. 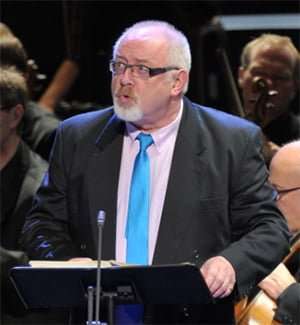 Both these roles were notably well served. David Wilson-Johnson, a late replacement (for Peter Sidhom) and who must now be counted as a veteran, brought great intelligence and engaging enthusiasm to his capitalist villain even if the part, which he can’t have sung for a quarter of a century, lies a little low for him.

The audience, though more numerous than the tiny crew that assembled to hear Ingo Metzmacher’s splendid account of Messiaen’s Saint François d’Assise in 2008, was not big enough. The opera is – or ought to be – one of our national treasures. Sporting no baton, Davis scored a personal triumph. His bright-eyed, straightforward kind of advocacy can disappoint in some music. Here he cut to the chase in what can seem a long-winded score (there were some cuts) without in any way fudging the fantastical delicacy of the instrumental textures. By the end of the final ‘Ritual Dance’ and the exquisitely etched dawn of the following day this reviewer was in tears, cheesy lighting effects notwithstanding. For all the longueurs and the dottiness, Tippett’s irrepressible, fresh-off-the-page, major-key optimism remains unique and astonishing in the context of the music of its time – and of ours. The composer felt he was providing “images of abounding, generous, exuberant beauty” for “an age of mediocrity and shattered dreams.” What would Tippett (he died in 1998) make of life in 2013? The opera, written over several years without commission or fee, was first staged (at Covent Garden, including Joan Sutherland in the cast, as Jenifer) in 1955.