“Brit Award- and Mercury Prize-nominated singer-songwriter Laura Mvula made her Proms debut last year in the hugely successful Urban Classic Prom. Now the classically trained artist returns for a Late Night Prom that showcases her talents in a new light. This Prom includes the public premiere of Jules Buckley’s new orchestral remix of Mvula’s album Sing to the Moon, in which the Netherlands-based Metropole Orchestra makes its Proms debut.” [BBC Proms website] 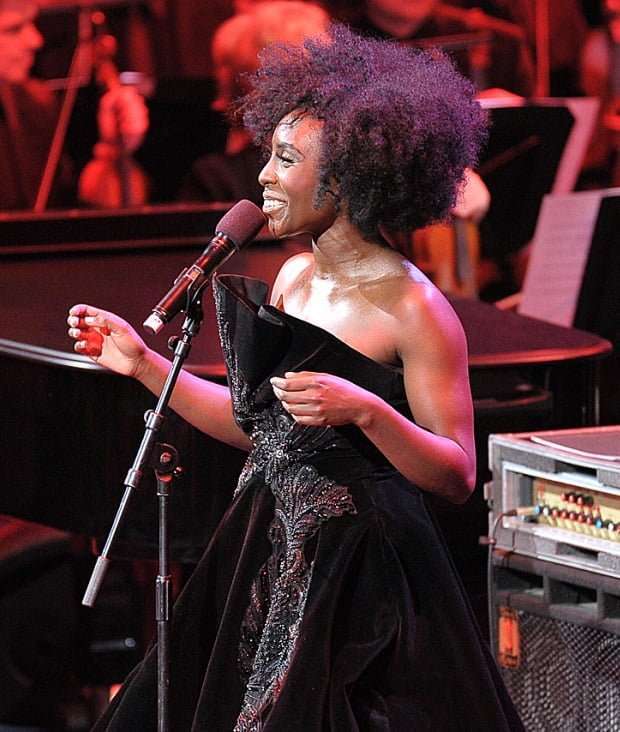 Although it is not unprecedented to have ‘pop’ artists at the Proms, to have one that has such current cross-cultural appeal is unusual. This might explain the enthusiastic rumpus created by loyal fans of Laura Mvula that turned out in good numbers for this late-evening event.

Mvula has understandably become a sensation since graduating (with a degree in composition) from the Birmingham Conservatoire. She was named Best Newcomer at the O2 Silver Clef Awards this year and was shortlisted for the Mercury Music Prize and nominated for the Critics’ Choice Award at the Brit Awards for her debut album, Sing to the Moon (written allegedly while she was working as a receptionist for the City of Birmingham Symphony Orchestra). This same collection has now been given an orchestral makeover in a project driven by Jules Buckley. A number of arrangers were employed; in the handed-out leaflet (a folded ‘trendy’ affair instead of the usual ‘proper’ programme found at most other Proms), Mvula says: “For last year’s Urban Classic Prom I was really hesitant to let anyone arrange my songs, but I was amazed by what Jules came back with, so this time I trusted him fully.” 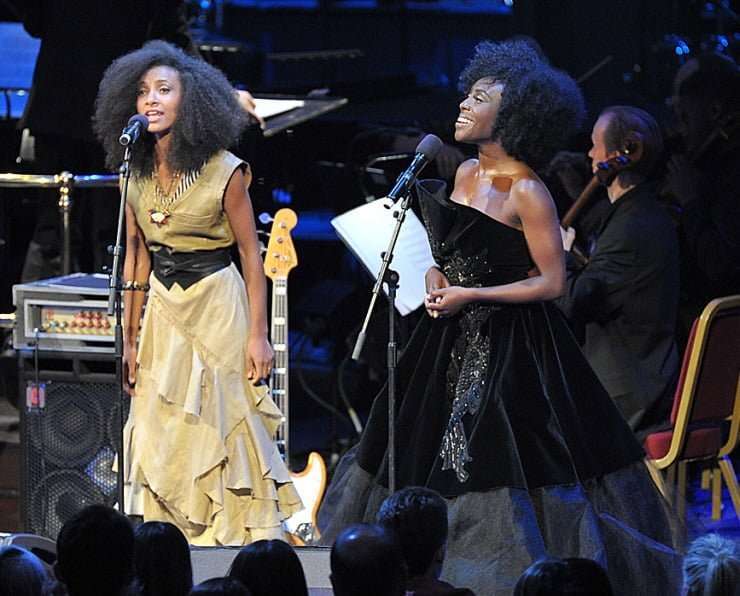 Mvula is no mean composer – her music has roots in the ‘British Big Band’ world (Kenny Wheeler comes to mind), with an edge that might easily push it over into a commercial hit as it did with four-times BRIT award-winner Björk. Comparisons to singers such as Amy Winehouse and Nina Simone are humbly dismissed by Mvula and though there are occasions when her voice is startlingly similar, what she does with the music is quite unique and engaging.

The arrangements heard here were released on the RCA label earlier this month. “It elevates Sing to the Moon to what I intended the album to be…,” says Mvula. Comparing the original album to the new one, the biggest difference is the Phil Spector-coined “wall of sound” that the later incarnation presents. Mvula is described as something akin to a “one-woman symphony”. However, live at the Royal Albert Hall, the sound (amplified to within an inch of its life) was at times unnecessarily deafening – reducing the capable Metropole Orkest to little more than noise. A pop-concert atmosphere with smoke machines and active lighting probably sent any attendees of the earlier-that-evening Melbourne Symphony Orchestra concert who had stayed on running for the exits; however this Mvula Prom no doubt attracted a new audience, which can only be a good for this time-honoured festival.

Every song from the newly-arranged album was performed, albeit not in the same order; the opening ‘Make me lovely’ was left to the end. ‘She’– the first song that Mvula wrote – brought a ‘whoop’ of recognition from fans, and rightly so: it’s fantastic! American jazz bass-guitarist and vocalist Esperanza Spalding joined for Mvula’s own arrangement of ‘Can’t Live With the World’ with the duet-favour returned when Spalding, armed with bass guitar, sang her own, stylistically contrasting ‘Cinnamon Tree’.

The evening was introduced (briefly and unnecessarily) by Tom Service, after which Mvula said a few words, then left the music to speak for her. Laura Mvula is probably at her best when you strip away the busy surroundings of the orchestra. Mvula’s website includes videos of her at the piano singing; on this occasion we weren’t allowed that intimacy until the very end with an arrangement of Michael Jackson’s ‘Human Nature’ affectionately accompanied by her cellist brother James.