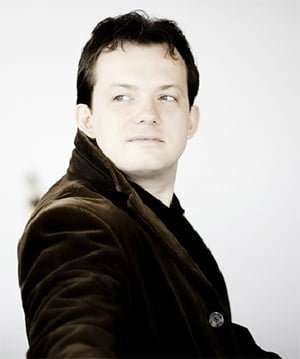 Chemistry between an orchestra and conductor is difficult to predict but when present it can produce extraordinary results. Andris Nelsons, music director designate of the Boston Symphony Orchestra, has been at the helm of the CBSO since 2008 and their positive relationship shows no sign of abating. Despite his sometimes over-demonstrative podium manner the musical results are unfailingly impressive and this matinee concert was a delight from start to finish and included a remarkably assured Proms debut from Kristīne Opolais, Nelsons’s wife, who first came to the attention of London audiences when she took over the title role in Madama Butterfly at Royal Opera House in 2011.

Dvořák’s Eighth Symphony is one of those pieces which superficially may look simple but there is much wonderful music to be teased out between the lines. This was a warm and deeply-felt reading which despite occasional volatilities flowed readily and avoided most of the agogic distortions – such as the Luftpause before the first movement’s one fff marking – to which this music is frequently mistreated; more than that, by paying careful attention to dynamics at the lower end of the scale, Nelsons enabled us to hear much frequently obscured inner detail. Special praise throughout for the characterful flute of Marie-Christine Zupancic – very Czech-sounding timbres – and all the woodwind principals, as well as for Elspeth Dutch’s serenely beautiful horn.

Particularly impressive were the central movements, the slow one a genuine Adagio with rustic flute offset by a notably svelte pair of clarinets and the descending string scales touched in with the lightest hand so that one could hear all the ancillary detail. The Allegretto grazioso is a Slavonic dance in all but name and its gently lolloping trio was full of affection (Nelsons took the da capo pianissimo, not marked in the score but it worked). In the programme note Rafael Kubelík, one of the work’s greatest exponents, is quoted as saying in rehearsal: “In Bohemia the trumpets never call to battle – they always call to the dance.” This was advice which the Birmingham brass might have taken to heart, especially in the finale. Trumpets and trombones sounded unduly to the fore. However, that wonderful moment where time stands still just before the rambunctious dash to the finishing post was extremely affecting. 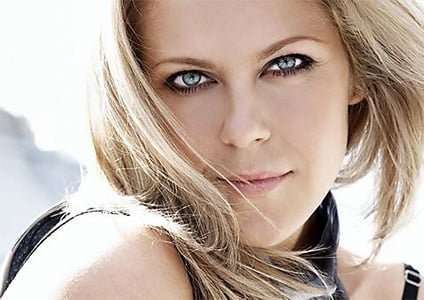 Impressive though the Dvořák had been, things moved up a notch with the arrival of Kristīne Opolais. The long introduction for woodwinds alone to Desdemona’s ‘Willow Song’ from Otello is a severe test of intonation. The quality of the CBSO winds, notably Rachael Pankhurst’s plangent cor anglais solo and her subsequent duet with oboist Jennifer Galloway perfectly set the scene for Opolais’s entry. This was securely pitched with lovely floated high notes. Opolais does not have the most powerful of voices but it is unfailingly grateful on the ear, pure velvet, and she sang with security and intelligence; there was eruptive drama too at the close of the ‘Willow Song’ and her farewell to her maid was utterly heartrending, whilst the succeeding ‘Ave Maria’ opened with the most veiled half-tone and had a quite exceptional tenderness. There was profound and prolonged silence at the close, no-one daring to break the spell.

Then a total mood-shift with the glittering ‘Polonaise’ from Eugene Onegin. In the opera this marks the change from the provincial rural setting of the first two Acts to the ballrooms of St Petersburg and was despatched with a kind of Beechamesque swagger and relish, a countervailing delicacy found for the central section and with a notably eloquent contribution from the cellos. This led into Tatyana’s ‘Letter Scene’ which occurs much earlier in the opera. Unlike many older more-famous sopranos, Opolais is perfectly cast as Tatyana, still in the first flush of youth (and thus entirely credible). She brought it more vividly to life than in many productions; singing in a language at which she is totally at ease added an extra dimension.

Finally to Strauss (Johann II) with the Emperor Waltz which was originally titled ‘Hand in Hand’ on the occasion of the Austrian Emperor, Franz Joseph, visiting the German Kaiser Wilhelm in Berlin but changed to Emperor at publisher Simrock’s diplomatic suggestion so that the vanity of both royals would be satisfied. If Nelsons is bidding to become Barbirolli’s successor with a Viennese Night at the Proms … or even looking towards the Vienna Philharmonic’s New Year’s Day concert (with Opolais singing Voices of Spring), then he had the idiom for this grandest of Strauss waltzes at his fingertips, occasionally pressing a little too hard, but it would be a sad soul who could not respond to such transparent affection. Thunder and Lightning Polka made for a rousing and appropriately thunderous conclusion!