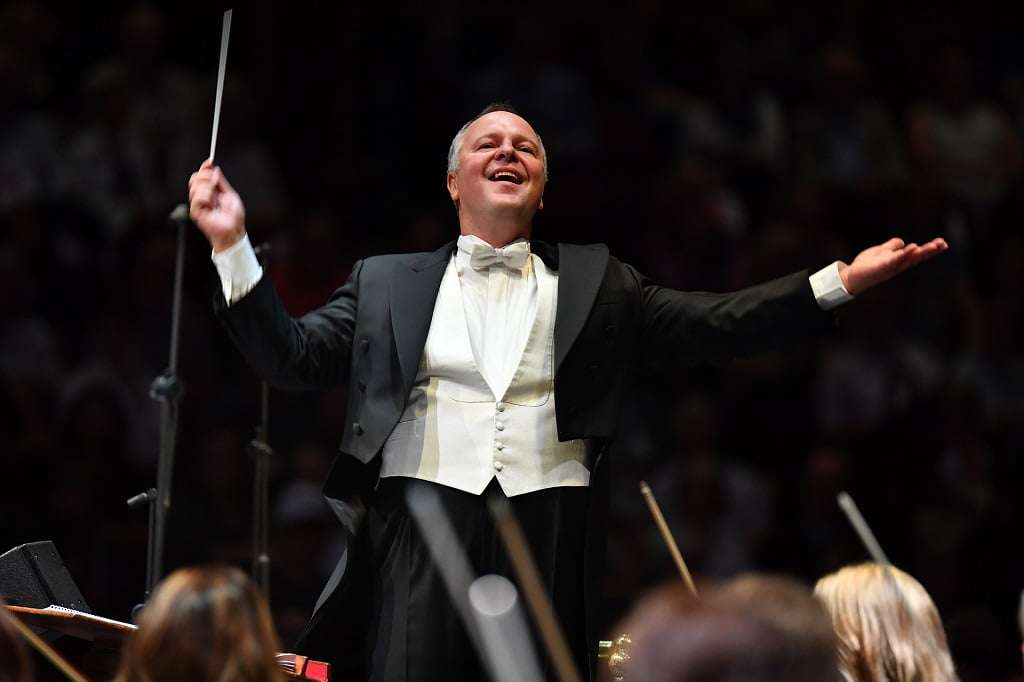 The BBC’s website promised us a “concerto … framed by two works suffused with sunny optimism.” True, Prokofiev’s Fifth – unlike Shostakovich’s – is still habitually described in terms of socialist uplift (Soviet composers were under an obligation to structure their output so that it could be perceived as interpreting current problems from the perspective of a Utopian future, portraying defects as positive forces pushing Stalin’s ideal society towards the ultimate goal of socialism) but does anyone now hear Elgar as consistently jolly? It’s as if the Malvern Hills were neither shrouded in mist nor the composer in self-doubt. And whatever Philip Venables has concocted I’m not sure it qualifies as a Concerto.

The strings of the BBC Symphony Orchestra excelled in Elgar’s Introduction and Allegro. Sakari Oramo is not unlike Edward Gardner in his avoidance of too much suet in this kind of repertoire. At the same time, anyone expecting carefully graded textures within a neutral frame would have been taken aback. Oramo’s overall pacing was surprisingly slow and halting, the ‘Welsh’ tune italicised. Still, his central fugue was not as slow as Barbirolli’s and the final G-major pizzicato predictably unanimous. The ending was greeted with amused delight by elements of the audience, slurpers rather than coughers in the main. Spillers too, hall staff at stalls level being obliged to spend part of the interval mopping up. 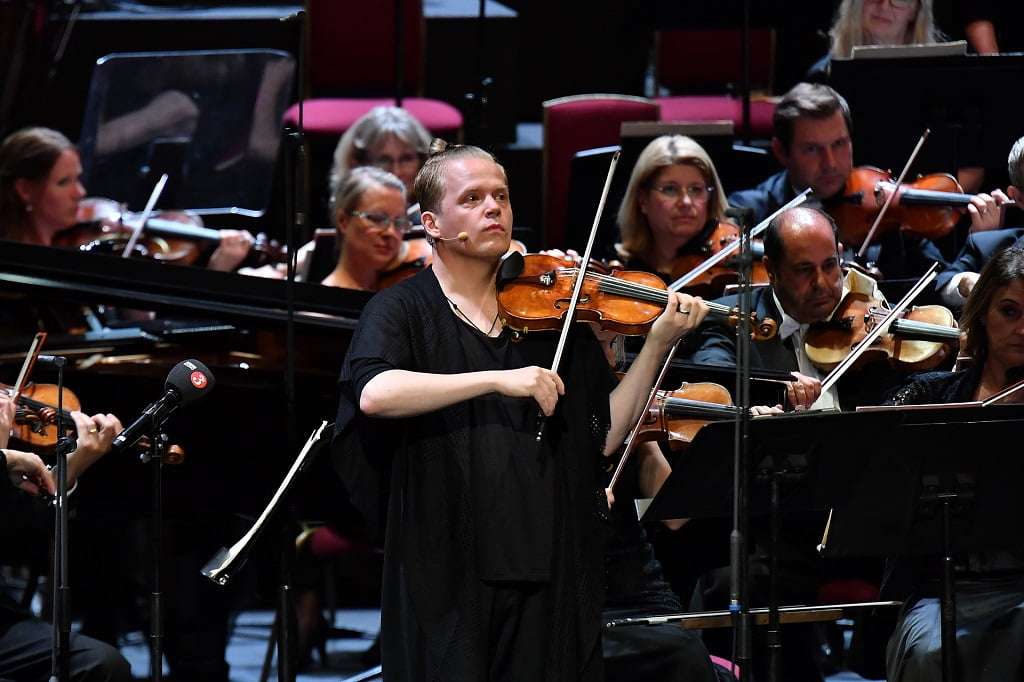 After which Prokofiev’s Fifth was similarly accomplished, lacking only the nth degree of sonic clout. Oramo’s reading has deepened since he made an underpowered recording in Finland a while back. As with the Elgar, some will have discerned a certain ‘foreignness’ about it all, a conscious disavowal of the Soviet-era ponderousness that might be considered an inescapable part of the expressive territory. That said, the rendition never felt unduly pressed thanks to the sensitive shaping of string lines and command of detail, the Symphony viewed very much as a single arc. Oramo’s plainly signalled desire to move on to the second movement without pause was ignored by a section of the audience but the conductor was not to be deterred, pressing on regardless for a terrific, rhythmically precise account of the Scherzo. A pause for reflection before the slow movement was respected in silence and if some of its more rhetorical elements and final winding down proceeded in a fluid manner that might have surprised Karajan, the emotional content was by no means undersold within Oramo’s tauter frame. The Finale followed attacca and could not be faulted: the coda – dangerous technically as much as conceptually – proved a triumph for an orchestra that plays exceptionally well under its current management.

At the heart of this programme was Venables Plays Bartók, a post-Modern sonic collage (or late-night experimental radio play?) whose disparate elements were presented to the audience in take it or leave it fashion rather than being worked into a rigorous artistic whole in the manner of Steve Reich’s Different Trains. The results would have bemused those without a printed programme so someone had decided that Pekka Kuusisto, sporting a weird hair-do and wearing a black housecoat over his informal top and narrow-bore slacks, would act as MC both before and during the piece. Venables’s recent opera after Sarah Kane was much acclaimed, albeit by those less than familiar with the shock tactics of her own oeuvre. He isn’t ‘piggybacking’ here. Rather the reverse in that his starting point was finding an old recording of himself playing a Bartók piece to his violin teacher’s teacher, Hungarian émigré Rudolf Botta. 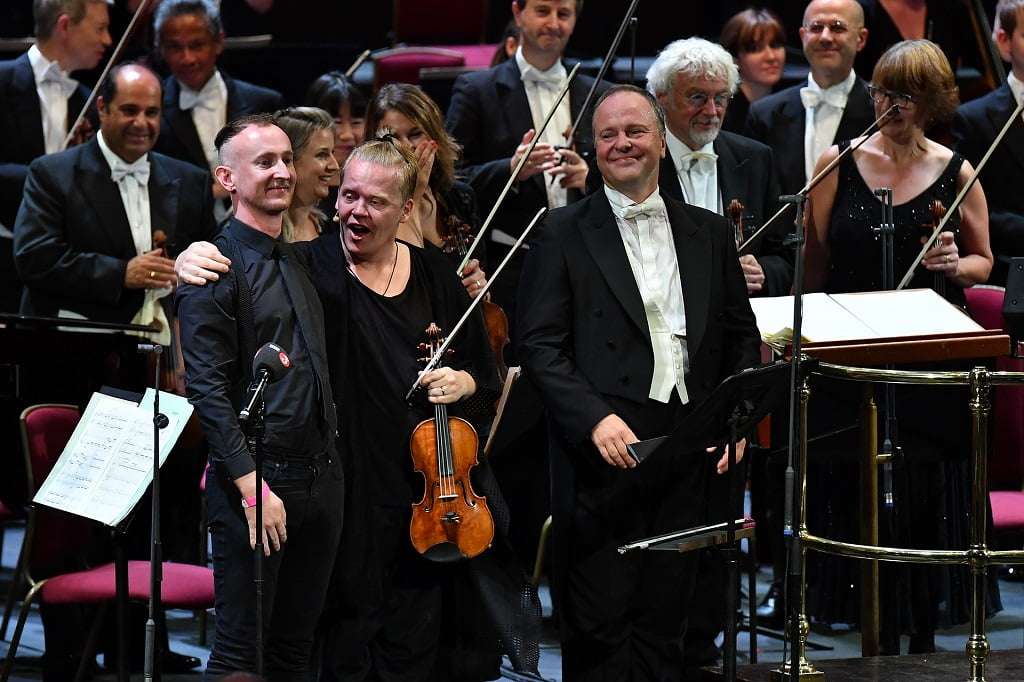 Venables has a fondness for running textual commentary over his music and Venables Plays Bartók spins a web of connections in no particular order. There are two main taped voiceovers: one is spoken by the composer himself, the other represents Botta as channelled by actor Jot Davies. The composer describes the result as “a series of musical postcards” with the soloist “the unifying voice that strings the two intersecting journeys together: my journey of learning the violin, researching and making the piece; and Botta’s journey through the second world war, imprisonment, fleeing Hungary and making a new life in the UK.” The music itself, eclectic in manner, takes a back seat. A pity as the score has its moments, especially when a sotto voce Bartók Romanian folkdance is heard orchestrally through a distant distorting mirror (not that remote from what Leonard Bernstein does in Age of Anxiety). Everything comes together only briefly in the musically onomatopoeic scene in which the Hungarian protagonist is tortured in detention. Otherwise the looseness palls, not least because Venables plays Bartók turned out to be close on forty minutes, fifty percent longer than advertised.

The encore, a quirky, Kuusisto-ised treatment of the Swedish traditional number ‘We have sold our homes’ involved some non-classical tuning, the humming of orchestra members and, finally, some virtuosic whistling and strumming from the soloist. It worked better.