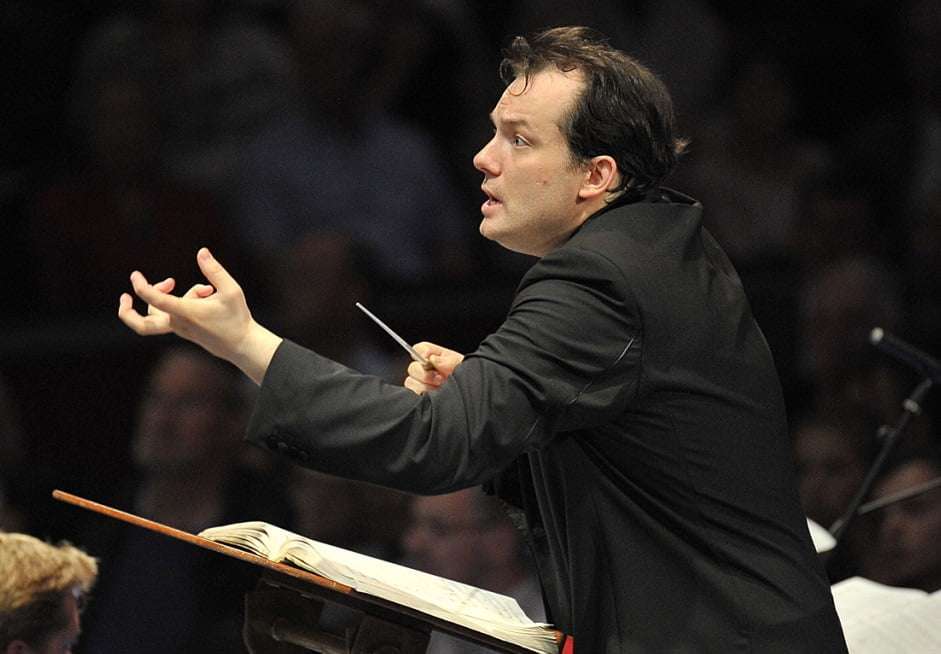 This year’s Proms are serving the centenary of the start of the First World War with a wealth of imaginative programming, and it’s right that the orchestra that played in the premiere of Benjamin Britten’s War Requiem, in 1962, should be at the Royal Albert Hall to reassert the depth of the composer’s response to the waste of war, especially in the light of current events. The CBSO’s music director Andris Nelsons has conducted the work in anniversary performances at Coventry Cathedral and Birmingham’s Symphony Hall, and the CBSO brought it to St Paul’s Cathedral for last year’s Britten-fest, conducted by Edward Gardner, so it is very much in this orchestra’s collective bones. 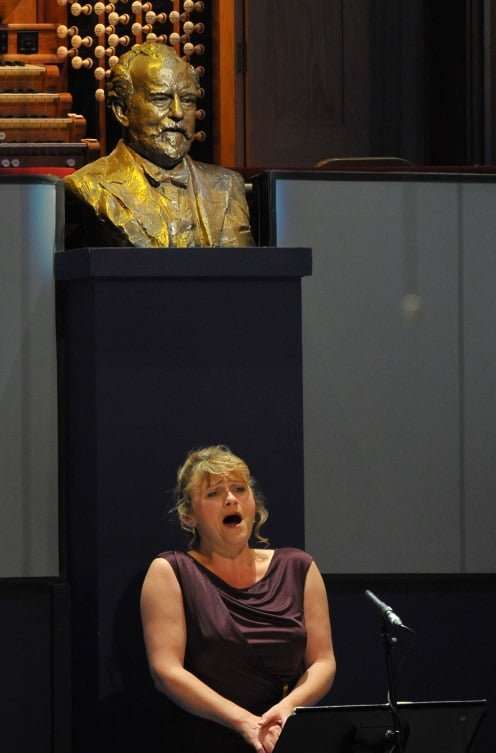 I hesitate to use the word revelation, but that is what Andris Nelsons delivered. He had every dimension of the work at his fingertips, not just the hierarchic overview of choir and orchestra, the two soldiers and chamber orchestra, and the distant children’s choir, but also the way in which he guided the Wilfred Owen poems to lose their grip on human concerns in their trajectory towards annihilation in ‘Strange Meeting’; at first standing separate, the poems become submerged in the Catholic text, and Nelsons realised this with uncanny precision.

Moreover, he had an incisive ear for the imagery of Britten’s music – the palpable weariness of the opening, the soft bass-drum thumps like remote, erratic cannon-fire, the steady speed he chose for the start of the ‘Dies irae’ that gave an exhausted militarism to the medieval prophecy of destruction; and he accentuated the unfolding of Britten’s panorama by not leaving big gaps between the movements.I was no less amazed by the extraordinary clarity he drew from his forces, so that the ear was completely hooked by orchestral and choral detail – I’d not registered before the piano giving just a hint of pitch to the bass drum; there was a sense of heroic effort in some of the brass-playing and hallucinatory moments of delirium from the woodwinds; the huge choir making every appearance of the hushed tritone speak with total refinement, or the children’s chorus of angels in the Gallery far, far away dipping in and out of audibility with spellbinding, Mahlerian results. The sound from the BBC Proms Youth Choir was notably light and separated, and at full volume surged out with eviscerating impact. 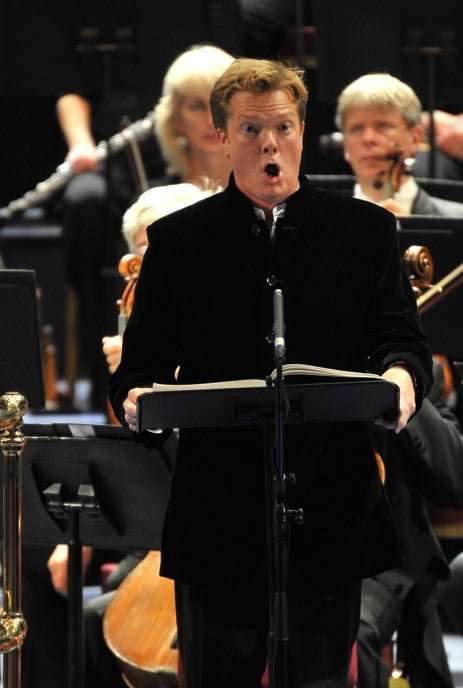 Even in the Royal Albert Hall, you could hear that there was no slack to be taken in, which raised Toby Spence’s and Hanno Müller-Brachmann’s contributions to a new level. The sheer outrage of ‘What passing bells’ revealed from the start Spence’s poleaxing blend of big projection and intense, interior engagement with the Owen settings, and his voice was at its lyrical, consolatory best in ‘Move him into the sun’, unbearably so in the threnody of ‘One ever hangs’ weaving in and out of the ‘Agnus Dei’, in which Spence’s closing “Dona nobis pacem” (the only male-soloist incursion into the Requiem liturgy) left you in no doubt of its significance. Spence’s urgency created a fine rapport with Müller-Brachmann’s bracing, at times raw baritone. A pupil of Dietrich Fischer-Dieskau (who sang the baritone part at War Requiem’s Coventry Cathedral premiere), Müller-Brachmann sang with epic, unaffected expression, giving a subliminal memory of his teacher’s style of delivery and English pronunciation in ‘Bugles sang’ and straining to embrace the black irony of ‘Be slowly lifted up’. In the duets, both soloists found a fatalism that had nowhere to go but to their ‘Strange Meeting’, as remarkable for its quiet emotionalism as for the refinement of their singing. I couldn’t see any sort of acting out of the moment of recognition between the two soldiers, but the transfiguration was all there in their performance.

Susan Gritton, placed just in front of the Chorus, let her warm, powerful soprano sweep like an avenging angel’s sword through the declamatory ‘Rex tremendae’ and ‘Sanctus’, she was just as dramatic in the operatic penitence of the ‘Lacrimosa’, and I much admired the way she let her voice merge in and out of the choral mass.

It seems unlikely that the message of Britten’s War Requiem is going to fade any time soon, but I wonder if I shall hear it performed with such acute awareness of the breadth of Britten’s vision, for which we are much in Andris Nelsons’s debt.