The chance to see Cristian Măcelaru make his Proms debut was probably less of a draw than the return visit of Seong-Jin Cho but the place was packed, heatwave notwithstanding. 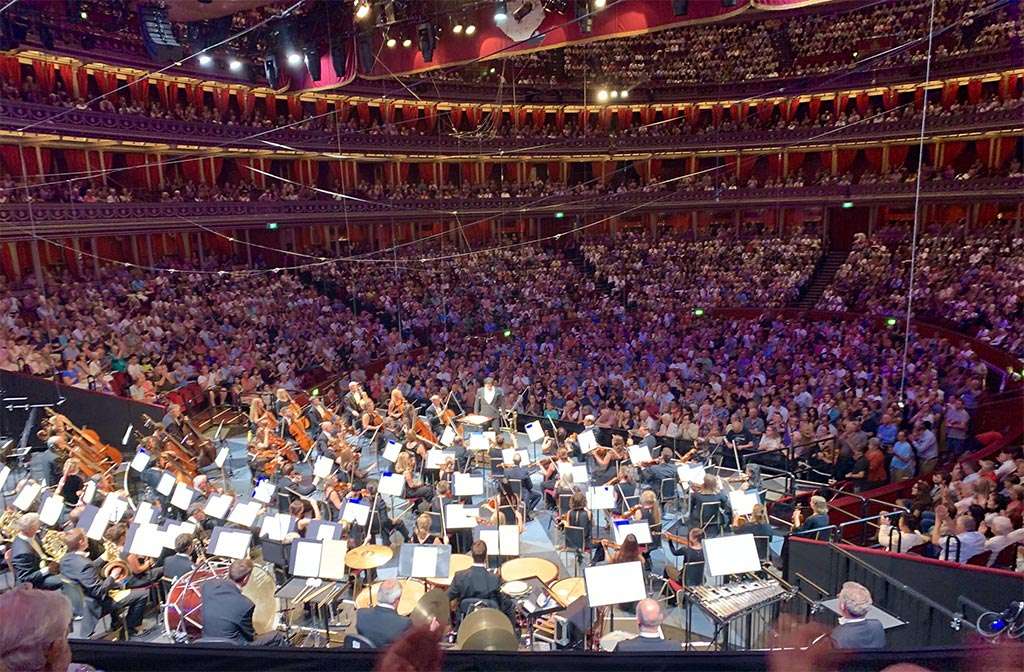 This was also a first for Constantin Silvestri’s music at the Proms. Wearing his more familiar hat he directed the Bournemouth Symphony Orchestra in a 1967 programme comprising Shostakovich’s First Symphony, Mendelssohn’s First Piano Concerto and Tchaikovsky’s Manfred. Unsurprisingly perhaps his Three Pieces are Bartókian: they date from the 1930s rather than his later years as an émigré maestro. Martin Anderson’s helpful programme note explained that Silvestri stopped publishing his music by the age of forty. Much of the oeuvre is apparently lost. Very well performed on this occasion, in so far as one could tell, the Three Pieces begin like Warlock’s Capriol Suite streaked with traces of Ligeti. Silvestri’s tendency to tread on the throat of his own argument was distinctive if unsettling. The music, attractive in the main, never really gets going.

It is unclear whether Silvestri the composer ever had the clearly delineated “biological” personality Stravinsky detected in Prokofiev. Not that all his five Piano Concertos have entered the standard repertoire. When the Second’s first British concert airing took place at a 1955 Prom, it was regarded very much as specialist fare, its soloist being the audacious pianist-composer Kyla Greenbaum who ten years before had given the UK premiere of Schoenberg’s Concerto. Nowadays enjoying the advocacy of mainstream stars, the Prokofiev Second has been re-imagined as something softer-grained (apart perhaps from that impossibilist first-movement cadenza). It need not even sound Russian. Apparently. 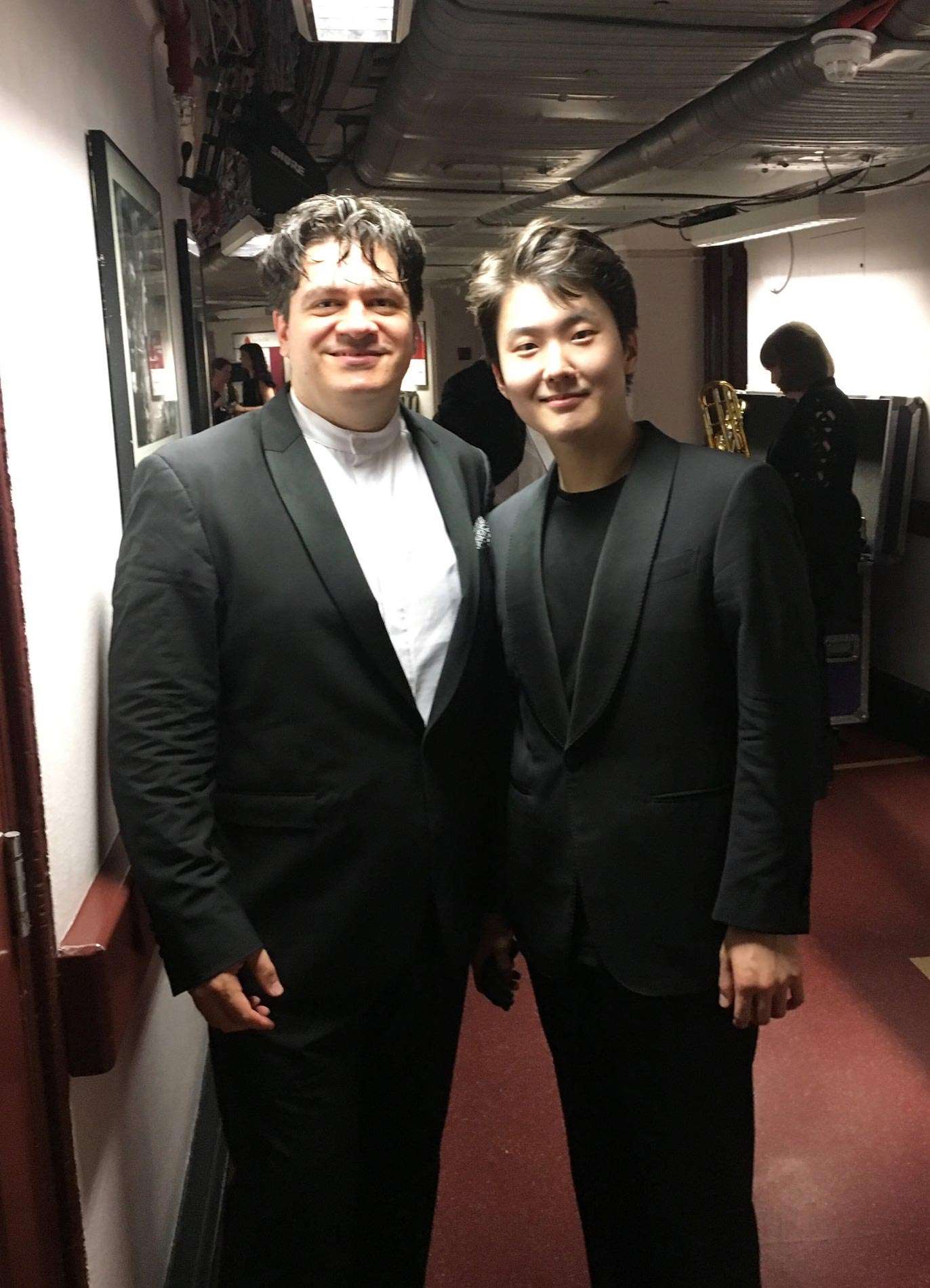 Seong-Jin Cho, who played Chopin’s rather different Second Concerto last year, is not a flamboyant pianist but he has the first three Prokofiev works in his repertoire as might be expected of a pupil of Michel Béroff. He can produce wonderfully subtle shading at low decibels yet his loud playing is rather metallic and there isn’t that much variety in between.

What made the performance extra special was the always sympathetic accompaniment of Măcelaru and the BBCSO. All parties conspired effectively to make the first movement restrained and dream-like; the outsize cadenza, here sometimes oddly voiced, became a grotesque nightmare but a passing one. That said, the main theme seemed peculiarly lifeless on its first appearance, forewarning us of the pianist’s tendency to switch between passages of tender beauty and a cooler, more earthbound literalism. Not a trace of Vladimir Ashkenazy’s Romantic rubato was permitted, and Cho wisely ceded primacy to Măcelaru and his players at times, notably in the Finale’s tempestuoso passages.

Cho’s encore, the slow movement of Mozart’s F-major Sonata (K332) and really rather lovely, underlined the fact that barnstorming oratory was never likely to be on the agenda.

Măcelaru’s first BBCSO concert at the Barbican last year was well received and this account of Rachmaninov’s Second Symphony was successful enough, without expunging memories of 2017’s BBC Scottish SO account under Thomas Dausgaard. It’s a score with a famously chequered performance history. Henry Wood conducted it only once at the Proms (in 1924), the Musical Times demanding to know “why certain works are brought out at all. What possible interest could anyone be expected to take in the rambling third Symphony of Saint-Saëns, for instance; or what nourishment is to be found in the second Symphony of Rachmaninov, that, though it contains dozens of skilful openings, does so little with any of them … and generally spends its substance to surprisingly little profit? These works are distinctly poor.” Rachmaninov’s Second is not always played uncut even today.

On a hot night, few will have blamed Măcelaru for eschewing the first-movement exposition repeat but he might have insisted on antiphonally placed violins: they really do make a difference in this piece. The heat – or was it the astonishing level of audience noise? – took its toll early on. The first movement was a little loose, the music only really catching fire in a splendidly taut reading of the Scherzo. The Adagio was reluctant to wallow, which some will have welcomed, but its bright, forthright tone, extending to the opening clarinet solo (the horn was subtler later) left depths unplumbed. The Finale had its moments and its tintinnabular cascades across different sections of the orchestra were unusually well realised. That said, I’m not convinced that toppling into that big lyrical peroration without ceremony ever really works. It’s what Paul Kletzki tried with the Suisse Romande Orchestra in 1967 (the first uncut recording). Most interpreters, freer with the score, decelerate too much.

Born in Timișoara, based in Philadelphia, currently music director of the Cabrillo Festival of Contemporary Music (long associated with Marin Alsop) and chief conductor designate of the WDR Symphony Orchestra Cologne, Măcelaru is definitely one to watch. He is an invigorating presence, his long white baton providing unusually clear direction, albeit (in the Rachmaninov at least) less in the way of refinement.