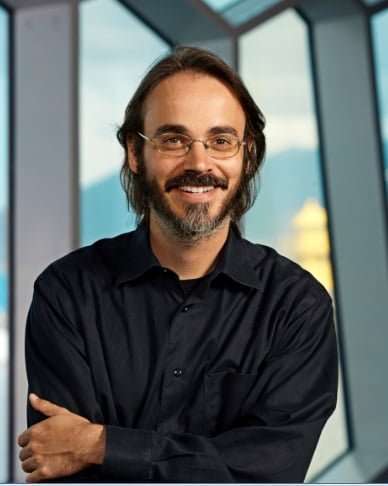 Not the longest-travelled orchestra to the Proms (the Melbourne Symphony took the palm there) nor the highest in latitude (the Lapland Chamber Orchestra are more northerly), but the Iceland Symphony Orchestra was welcome for all of that. And, like the Melbourners, the Iceland musicians were greeted with a welcome in their own language – not the one-time bastions of the shouts, the season-ticket holders, but from the front of the day-queue side. And talking of Proms traditions, the “Heave-Ho” exchange between Arena and Gallery when the piano lid is raised is still going strong, with subsequent applause for the leader sounding the ‘A’ for the orchestra to tune.

Just as with Andrew Davis’s Aussies, the Icelanders were with a Proms regular, Ilan Volkov, remembered for his years with the BBC Scottish Symphony Orchestra. He brought a typically bracing programme, mixing the new with the established, and each half opening with an Icelandic work. As for the ‘warhorses’, this is Volkov we’re talking about, who can fashion afresh any repertoire he lays his hands on. Thus, with the similar-minded Jonathan Biss, Schumann’s Piano Concerto was clean and lean, with no overly romantic gestures. The orchestra (built from six double basses) is relatively light-sounding, and balance between orchestra and soloist was well-managed. Biss’s light touch brought dividends in the short middle movement, nicely differentiating between the crisply dancing opening and the ensuing cello-introduced sweep of the central section. Certainly he managed to return us to the mood after the clapping following the first movement. Biss proffered an encore: more Schumann, the exquisite longing of Kinderszenen’s last piece, ‘Der Dichter spricht’, the poet here speaking in the most hushed of tones, making time stand still in the vast confines of the Royal Albert Hall. 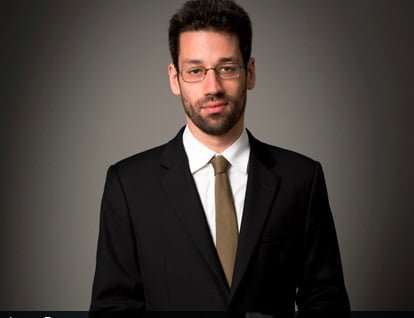 Of course, those very confines are large enough to take the loudest music, and the balance of the programme was designed to be as elemental as possible. There is a danger of putting anything else against the volcanic energy of Beethoven’s Fifth Symphony, and – on the night – it was his seething imagination that produced the most thrilling music-making (clapping after the first and second movements too!). Although vibrato was not banished entirely, and all instruments (including timpani – though with hard sticks – horns and trumpets) were ‘modern’, Volkov took his lead from period practice. Tempos were fleet, Volkov a direct and steady helmsman, no jarring rubato or intrusive musical mannerisms: from darkness to light took just 31 minutes, repeats in the outer movements observed.

So, with such bursting energy to close, how did Haukur Tómasson’s Magma stand up at the beginning? Well, this is slow-burn music – magma not spouted during an eruption, but creeping, growing from an eerie, dark pulse that starts a slow rise across the orchestra. It is in five sections each of which are made of five sections. With some contrabassoon-playing (also notable in the Leifs and Beethoven), the instrumental writing is busy and overlapping – with rattling percussion and piano included – the effect akin, perhaps, to ‘melting’ minimalism. A central plateau of slower oscillating chords for wind and brass brings some rhythmic respite, but not for long, as the tension builds again, only to eventually peter out with sparse flute and double bassoon interjections. Tómasson (born 1960) was in the audience.

Natural forces underpinned the opening of the second half, with Jón Leifs’s Geysir, a short depiction of the famous water spout that gave the phenomena its generic name. The grumbling contrabassoon and double basses laid the scene, before massed percussion (nine players were credited, with some home-grown imports, such as David Corkhill and Peter Fry), including two sets of antiphonal timpani in the Gallery thundering down, empower the aquatic deluge, before dying away. Although composed in 1961, Geysir was only premiered in 1984, sixteen years after the composer’s death.

The Icelanders’ first encore was also by Leifs, his last work, the string piece, Consolation – a yearning, sombre farewell to life, before Sigvaldi Kaldalóns’s frenetic and colourful version of an Icelandic folk-song ‘Á Sprengisandi’ (On the Sprengesandi High Road), with the horses ridden by the singer illustrated by neighing trumpeters and horn-players standing as they raised their instruments in imitation.