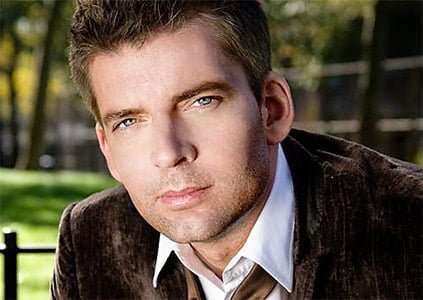 The Proms is certainly a unique institution. With around two-thirds of seats occupied, an unlikely mix of tourists and trumpet enthusiasts enjoyed or endured the demanding centrepiece of this concert, Matthias Pintscher’s recent double concerto. At any other venue the audience for such a first London performance would have been far smaller. Its two star players, stationed on either side of the rostrum, will have impressed students of the instrument who enjoy mucking about with mutes and experimenting with speculative varieties of sound production. For the rest of us, even those temporarily wowed by the remarkable if uneconomic array of percussion placed stage left, Chute d’étoiles proved more problematic.

The argument (though perhaps that is the wrong word) started well enough with the clattering, brazen, fragmenting sounds of a collapsing world in which there should also be the beauty of a new beginning. Screaming repeated chords did have an individual colouring. Much of what followed felt short-winded rather than in any sense spaced-out, whether sheerly experimental (Lachenmann lite), splashily virtuosic or just pointlessly quiet. Even the more orthodox exchanges did not always register from my seat where one soloist tended to be more prominent than the other. Pintscher does not pit the antiphonal trumpets against each other as might have been expected. Indeed nothing much happens at all until towards the end where the sonic detritus left by the initial explosion comes back together again. In the absence of harmonic interest or conventional dramatic development, audience members showed a remarkable degree of tolerance as semi-audible popping noise succeeded stock gesture with the occasional extra-curricular contribution of a dropped coin or plastic cup. Perhaps a visual projection of the Anselm Kiefer installation which inspired the composition would have made Pintscher’s own sound sculpture seem more purposeful. It is not the first time he has written music in response to such artworks. 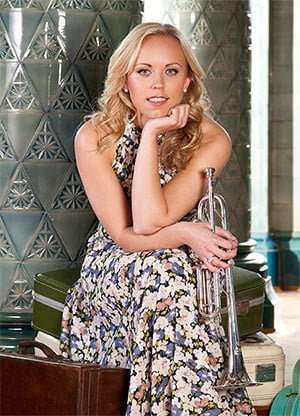 Yes, I was bored and fell to wondering whether Penderecki’s reactionary Concerto grosso, as heard a few nights previously, was ‘better’ or ‘worse’ than Pintscher’s stuttering, cutting-edge effort. When too little communication is happening, a programme booklet can prove a lifesaver – sad to say the BBC has not been providing online copies this year. This time however the printed matter rather gave the game away with a maximally impenetrable and pretentious publisher’s note adding insult to injury. In so far as one could tell, Tine Thing Helseth and Marco Blaauw, exponents with fascinatingly different profiles as recording artistes, were ardent and committed to the task.

At least the bill of fare had a certain logic. One of the less remarked bits of larceny perpetrated by Stravinsky is his rendition of Ravel’s Spanish peroration to Kashchei’s magic realm, the same gesture concluding both the Rapsodie espagnole and The Firebird’s ‘Danse infernale’. And Stravinsky himself, or at least The Rite, is an obvious presence in Chute d’étoiles as in so much contemporary music. 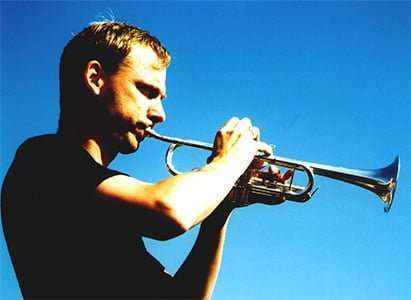 Ravel’s Rapsodie espagnole opened the evening, here a proto-modernist exercise in cool points of colour rather than a sultry evocation of southern climes. Long pauses between (most of) its short movements didn’t help. Stravinsky’s ballet also sounded less Romantic than usual with very precise chording, some lovely solo work and plenty of buoyant rhythmic detail. The recent vogue for playing the entire score at the Proms began with Pierre Boulez in 1972 and I am not sure one wants to hear so much amorphous connective tissue of the kind the composer abandoned in later ballets. Valery Gergiev’s rendition of 2010 represented as memorable and idiomatic a Firebird as one could hope to encounter. This one operated on a smaller scale, wonderfully well-scrubbed, sometimes exquisite but de-odourised and oddly lacking in narrative tension as if re-imagined from the standpoint of the composer’s deracinated, serial works of the 1950s.

While this might read like a negative review, Pintscher’s technical skill is not in doubt. Only now making his Proms debut on the podium, the German-born, New York-based forty-something is already, Knussen-like, Artist-in-Association with the BBC Scottish Symphony Orchestra as well as music director designate of Ensemble Intercontemporain. Rejecting Boulezian semaphore he uses a baton and leaves the ground with the alacrity of a Bernstein. He inspired the BBCSSO to play as well as any London outfit but the surgical clarity of the results told only half the story. The searing definition impressed; the warmth was lacking.