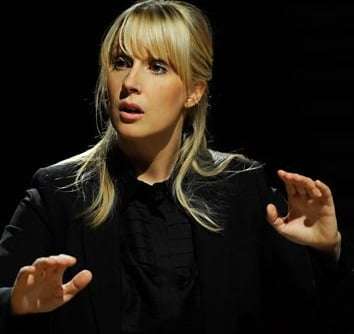 For the second instalment of the Proms’ “Reformation Day” John Butt wove together a fascinating sequence of excerpts, in more or less chronological order, from settings of the narrative of Christ’s trials, sufferings, and death, entitled “A Patchwork Passion”. Lovers of Baroque Italian Opera will know of the practice of pasticcios, in which a series of arias by different composers were stitched together to form a new work, though often without much thought to artistic integrity or unity. Needless to say, in this sacred tapestry of chunks from compositions spanning nearly five centuries, there was considerable stylistic diversity, but the result was a vastly more edifying whole for the light it threw upon the myriad responses of composers and writers to the Biblical Gospel texts which recount the Passion, and the connections among them as musical and literary works.

The sequence demonstrated the cross-currents which have existed among the denominations of Christianity (Catholic, Protestant and Orthodox in the case of the St John Passions by Sofia Gubaidulina and Arvo Pärt) and the fact that the Protestant Reformation did not mark a complete cutting off from, or the erecting of a barrier between, its traditions and those that already existed within Christianity at large. It is also instructive to ponder the development of such dramatic settings of the Passion narrative in the sacred sphere as running parallel with the emergence of opera in Catholic Italy at the same time. Another specific point of interest is to highlight the cultural and religious context in which Bach’s two Passions were composed, works which for Christians and non-Christians alike, rank amongst the pinnacles of Western art.

From the purely musical point of view, this composite Passion comprised a surprisingly seamless thread from one piece to the next, like a chain in which each link bore a clear relationship with both its predecessor and successor. Some stylistic and temporal gaps had to be filled in by the imagination alone, but they were not so far removed as they may appear on paper. It was testament, though, to the attentiveness which Sofi Jeannin brought to her direction of the BBC Singers and the City of London Sinfonia that this array of excerpts all stemmed from a consistent mood of meditative focus fixed upon each piece. That was established at the beginning with the sense of ritual solemnity brought about by the quiet earnestness expressed in the unaccompanied monodic lines passed between Christopher Bowen’s gracefully realised Evangelist and David Shipley’s sonorous Jesus in Johann Walter’s German Passion after St Matthew (written during Luther’s lifetime, or shortly after).

Those singers sustained this approach through the sequences from Schütz’s St Luke Passion (SWV480; 1653), J. S. Bach’s St Matthew Passion (1727), Handel’s Brockes Passion (c.1716), and C. P. E. Bach’s own St Matthew Passion (H782; 1769). Common to these is the expressive directness of their recitatives and ariosos, but the musical character around them took on more developed form over time with the change in style for the surrounding choruses and arias. That gradual evolution was realised in the subtle performances here with the stealing-in of more instruments in more elaborate accretions to the underlying narrative, for instance the delicate solos on the chamber organ punctuating the Schütz, the basso continuo for the J. S. Bach, and finally the ensemble for the accompanied recitative ‘O Schmerz! Hier zittert das gequälte Herz’, such that with the introduction of the oboe in the aria ‘Ich will bei meinem Jesu wachen’, it was as though the Passion narrative emerged in three-dimensional form in full colour. If Shipley could have exuded more drama in Handel’s accompanied recitative ‘Ist’s möglich, dass dein Zorn sich stille’, he was more impassioned in the extract from C. P. E. Bach’s setting. However, Thomas Erwin could have done more in his aria from the latter to remind and persuade that such Passion settings, with their poetical interpolations, are also, in effect, highly artistic, musical sermons.

The choral version of ‘Vater, vergib ihnen, denn sie wissen nicht, was sie tun’ (‘Father, forgive them, for they know not what they do) from Haydn’s The Seven Last Words (1796) continued to bring narrative urgency to this sequence, even in the warmly integrated tone of the BBC Singers. In that respect it was rather unlike the mystical introversion of the original 1786 instrumental version of this work, which is not a Protestant Passion setting, but a series of meditations upon the seven last words of Christ reported in the Gospels, composed for the Catholic canons of Cadiz Cathedral, but perhaps showing the influence of the Protestant reformers in its close reflection upon Scriptural words.

In the time between that work and the next extract, from Mendelssohn’s Christus (1847), the course of music was revolutionised by Beethoven (whose Christ on the Mount of Olives would have cast an intriguing angle upon the more Biblically-grounded musical dramatisations of the Passion), as well as through the rediscovery of Bach in the wider public arena. Mendelssohn’s work reveals the influence of the latter’s Passions, and Handel’s oratorios, as much as the contemporary Romanticism of Schumann, Chopin, Liszt, and early-Wagner. Jeannin respected that cooler, more-composed temperament with the relative lack of vibrato from the Singers and strings in a sequence retelling the crowd’s vengeful fury against Christ and inciting Pilate to crucify him, though also sustaining a breadth and grandeur cognisant of the fact that Beethoven had set a sublime standard, and unavoidable example in terms of sacred choral music with his Missa solemnis. In looking back to Bach more directly, orchestra and choir met the quieter piety of the Chorale, and dialogue between soloists and chorus, in the extract from Carl Loewe’s Little Passion Music with suitable restraint.

In the ‘Processional to Calvary’ from John Stainer’s The Crucifixion (1887), the City of London Sinfonia sounded beautifully wistful in the instrumental prelude, bringing a certain panache that was more like Fauré’s Requiem in style than anything sternly Victorian or Lutheran. But if it ended up sounding more expressive of the tragic resolve of a character in a Thomas Hardy novel than the portentousness of the procession that would lead to nothing less than the founding event of one of the world’s major religions, that was owing to Stainer rather than the performers, who brought the sort of colour to their singing that one could identify as classically Anglican. Those who only know Charles Wood from his canticle settings and a couple of church anthems may have been surprised by ‘My God, I love thee’ (entirely different from the one familiar to church-goers) found in the St Mark Passion (1920). Two of its three verses are set a cappella, and although conservative in harmonic idiom, they hark back to the hymn and Psalm settings of the reformed Church of the seventeenth-century – the first verse in particular reminiscent of the hymn by Tallis which inspired Vaughan Williams’s Fantasia.

The sober choral chanting which forms the background to the last verse of Wood’s hymn under the solo soprano melody is perhaps not so different in atmosphere and effect than the Orthodox-inspired choral keening of ‘The Commandment of Faith’ from Gubaidulina’s St John Passion (2000), nor the repetitive simplicity of Pärt’s setting (1982), both performed with cool precision and reverting to the sparser style of the works by Walter and Schütz. There was one last irruption of emotional ardour in the section ‘Father, into thy hands I commend my spirit’ from James MacMillan’s Seven Last Words (1993), with forceful acclamations from the choir, and wailing slides from the violins in response, before the grandeur of a modern-orchestra arrangement of the concluding Chorale from J. S. Bach’s St John Passion, resplendent with trumpets and the organ of the Royal Albert Hall.

Overall this project proved a fascinating and intelligible synthesis which revealed the enduring appeal which a few simple Biblical texts have held for composers over half a millennium, and doubtless will continue to do so.