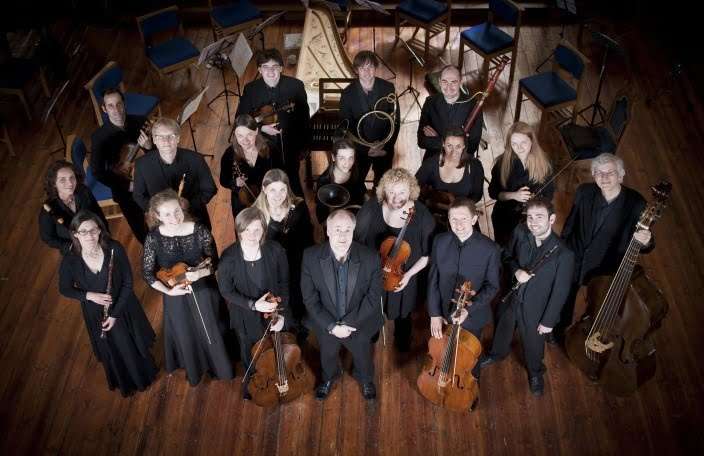 J. S. Bach’s St John Passion formed the culmination of this tripartite “Reformation Day” at the Proms, celebrating the five-hundredth-anniversary of that pivotal event in history – a work which transcends its time, place, and particular religious context to express a universal drama of suffering, death, faith, hope and, ultimately, life. Although many may find a deeper level of engagement with those themes in the broader canvas of the composer’s St Matthew Passion, its earlier companion piece is the more compact drama, and perhaps all the more direct and compelling as such.

John Butt’s performance with the Dunedin Consort reconstructed the essence of its wider liturgical context within a putative service of Vespers on Good Friday at the Nikolaikirche (rather than the Thomaskirche) in Leipzig, based upon Bach’s revision of 1739, and notes in other service-books and church-orders which have survived. There was interspersed here a handful of Bach’s organ Chorale Preludes, played with an almost improvisatory freedom (if also matter-of-factness) by Stephen Farr on the organ of the Royal Albert Hall; a dramatic Prelude in F-sharp minor by Buxtehude immediately before launching into Bach’s arresting opening chorus; three Lutheran chorales in which the audience was invited to participate (in English); the motet ‘Ecco quomodo moritur’ by the sixteenth-century Jacobus Handl, sung by the Dunedin Consort with reflective restraint; and a blessing intoned both by Nicholas Mulroy as cantor, and the choir.

Far from narrowing the focus in this liturgical recreation, or limiting its expressive force as a private devotional experience, Butt’s interpretation made a strikingly dramatic impact, not least in the vigour of the opening chorus with its swirling strings, the menace of the choir’s rolled Rs on the initial word “Herr”, and the hissed Ss in “dessen”, all undergirded by the foreboding pulsing of the pedal notes on G importing tragic gravitas. Further confrontational clout was elicited from the physical distribution of the players and choir, pitted against each other on either side of the stage, rather than the choir spread out behind. Elsewhere the Dunedin Consort singers demonstrated impressive commitment to the drama of the music, whether as the crowd baying for Jesus’s death (with a mocking pomposity in their ‘Hail, King of the Jews’ for instance, or an ironic dignity to ‘We have a law, and by our law he ought to die’), or as the ecclesiastical congregation in the contemplative chorales, performed with expressive charm and not as a mere succession of finely spun harmonies.

The renditions from the vocal soloists were less consistent, though at their best were excellent and involving. Mulroy sang the part of the Evangelist with strenuous alacrity, fully engaged with the work as a dramatic re-telling of the Passion rather than reporting the events from a spatial or temporal distance. Similarly Matthew Brook’s account of Jesus was not loftily or serenely aloof, but imbued with human feeling, marking a contrast with the usual triumphal presentation of the Messiah in St John’s Gospel, whilst Robert Davies was authoritative as Pilate, caught between the claims to the justice of the two sides before him. Sophie Bevan’s singing was a model of lucid expression, with the chromatic rising lines of ‘Ich folge dir gleichfalls’ precise and articulate, and those of ‘Zerfliesse, meine Herze’ yearningly caressed.

Balance between voices and ensemble was not always effective, however, and so Tim Mead’s contribution did not always carry despite otherwise crisp execution. Konstantin Wolff’s lower register was inaudible, though his tone was also somewhat grainy higher up, in any case, and not wholly convincing; and Andrew Tortise sounded flustered – perhaps aptly so in ‘Ach, mein Sinn, wo willst du endlich hin’, but in ‘Erwäge, wie sein blutgefärbter Rücken’ he was behind the beat, without any musical justification.

The orchestral forces were sufficiently enlarged to make a full dramatic impression, for example with four flutes taking the flowing (normally solo) line in exquisite unanimity in two arias, and the full ensemble at the other end of the scale providing adequate impetus in the choruses. But in following Bach’s apparent practice of jettisoning the violas d’amore for ‘Betrachte, meine Seele’ and ‘Erwäge’ after the 1724 premiere, and using, instead, two muted violins, their wispy, evanescent contributions which ensued were rendered virtually redundant, sadly. Even so, this was an overall rewarding account, offering insight into the liturgical circumstances of the Reformed church into which this unparalleled composition was brought to birth, as well as an interpretation of conviction and consequence for those seeking to experience the wider context of its artistic and emotional significance.