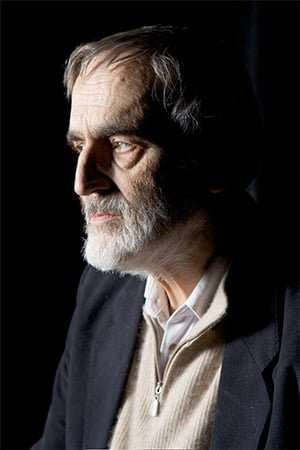 The 2013 Proms season promises its share of musical subversion real or imagined, but few pieces are likely to prove more subversive than Helmut Lachenmann’s Tanzsuite mit Deutschlandlied (1980) which received its belated UK premiere here – at least to judge from the bemused demeanour of those members of the (mainly programme-less) audience in the left-side stalls.

In the (West) Germany of three decades ago, even to mention the ‘Deutschlandlied’ in the title of a work was to incite a politically charged response, yet Lachenmann goes several stages further in making this fabled hymn-cum-anthem all but inaudible for the greater part of the work’s 35 minutes. Sceptics might feel its claims to being a ‘Dance Suite’ are even more dubious, though the 19 movements – divided into five continuous sections – are predominantly dance-like in designation. Add to this the concrete formal design such as is a mainstay of this composer’s mature pieces – in this instance a sonata-rondo – and the trajectory between the meeting of one’s expectations and their confounding is potentially a fraught one. 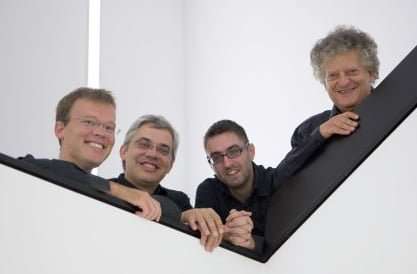 It was measure of the conviction in this performance (given in the presence of the composer, born 1935) that such expectations were not only fulfilled but also wholly transcended. It helped that the Arditti Quartet met with ease the challenges – singular to be sure, though also highly systematic and never outlandish – of technical requirements which in themselves seek to go beyond, rather than merely denying or defacing, the supposed conventions of Western art music. As the ‘Preamble’ unfolded, it becomes clear that the give-and-take between these larger and smaller ensembles is precisely what the work’s subtitle ‘Music for orchestra with string quartet’ implies it to be. Jonathan Nott sustained an unwavering momentum across the whole, the Bamberg Symphony Orchestra players managing effortlessly the alternating passages of greater and lesser activity – through to a ‘Coda’ whose laconic reiteration of inert syllables is the more affecting for its very restraint. The judicious use of the requested amplification for the string quartet vividly separated and opened out the interplay of sound sources to make explicit in space what was occurring over time. 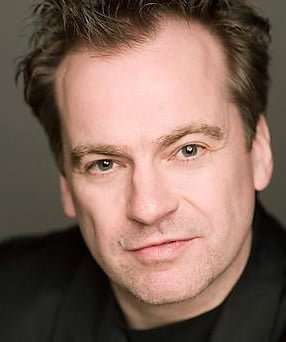 From music which questions the audience’s very purpose to that which has, albeit unwittingly, become a means of said audience celebrating the cult of itself. Now among the most played works in the repertoire, Mahler’s Fifth Symphony (1902) was given a reading that, though it did not strive to present the piece afresh, brought out its combative interplay between convention and reinvention along with those formal and expressive subtleties which are too often at a premium nowadays. The opening ‘Trauermarsch’ had a keen yet also supple intensity, its impassioned development and baleful coda made the more meaningful for their understatement, while the ‘Stürmisch bewegt’ movement that (rightly) followed attacca was more than usually an extended sequence of variations on its predecessor’s main ideas – such passages as the sustained span of polyphony for lower strings and the fragmentary coda being persuasively as well as precisely rendered.

Nor did the central scherzo outstay its welcome, Nott finding ambivalence to offset the blitheness of the main Ländler sections, and though the principal’s horn’s occasional unsteadiness may have been occasioned by his standing up for the duration (the horns were at stage-right to balance the double basses to the left), his solos going into the trio – given with delightful lilting rusticity – did not lack eloquence. Although not the heady intermezzo it can (again) sometimes be, the Adagietto had passion as well as poise – Nott lingering over the return of the main theme (benefitting from antiphonal placement of violins) without indulgence, then securing an unbroken transition into the finale where physical energy and dexterity of phrasing were effortlessly combined on the way to a fervent yet never overbearing peroration.

A fine showing then for the Bamberg Symphony and for Jonathan Nott – who, having recently completed his thirteenth season with the Orchestra, will soon be adding principal conductorships of the Junge Deutsche Philharmonie and the Tokyo Symphony to his portfolio. If no longer a ‘prophet without honour’ in his own country, his visits here are not so frequent that they can be missed.