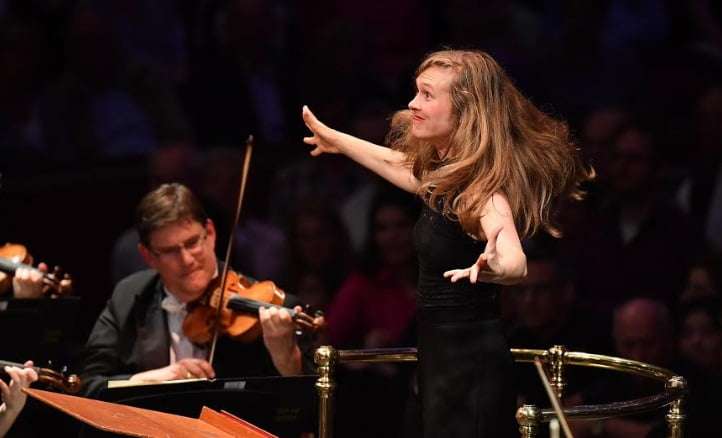 There were times when I thought that Mirga Gražinytė-Tyla’s Beethoven, particularly in the Fifth Symphony, was too much of a good thing in its drive and tension, but there was no failure of togetherness, and anything that might have initially sounded like a novelty she totally justified in a superbly balanced performance. The Lithuanian conductor was back for her second Prom with the CBSO – she became its Osborn Music Director last year, successor to Simon Rattle, Sakari Oramo and Andris Nelsons; the CBSO certainly knows how to pick them – and once again sparks flew, ears pricked and eyebrows raised.

Gražinytė-Tyla is an orchestra-animateur par excellence, and she has a phenomenal ear for releasing any number of possibilities in phrasing and scoring. In his programme note for Leonore No.3, David Cairns expresses strong disapproval for this condensed Fidelio being placed sometimes between the two scenes of the opera’s Act Two. I can think of a few productions in which it was or could have been a blessing – either way this life-enhancing performance went for the drama’s jugular with breezy directness. 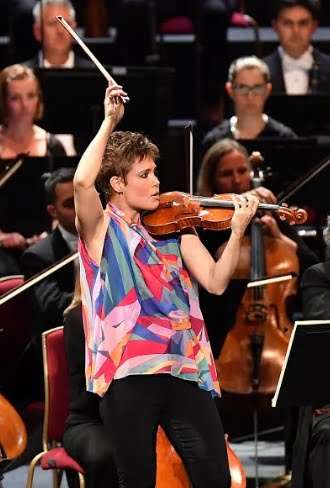 Gražinytė-Tyla was conducting from memory and without a baton, the exchanges between phrasing, dynamics and rhythm fluctuating easily through the now-familiar mobility of her expressive hands and arms. She was using ‘period’ trumpets and tight-sounding kettledrums, and the vibrato-light strings guaranteed a transparent agility. The mercurial ensemble had the sort of purpose you associate with a single performer and it made the music thrillingly volatile. The trumpet calls – played from the Gallery – made their point in this vividly imagined, scrupulously prepared performance.

Gražinytė-Tyla proved a cool foil to Leila Josefowicz’s lyricism in Stravinsky’s neo-Baroque Violin Concerto, a work that affects detachment then taking you unawares in the two lovely ‘Aria’ movements. The violinist is a near-constant presence throughout. Josefowicz embraced Bach-style obbligato and a more starry, singing role in the ‘Arias’. Her duetting with the wind-players in the opening ‘Toccata’ was chamber-music conversation at its most balanced and fresh, and Gražinytė-Tyla (now with score and baton) judged perfectly Stravinsky’s rhythmic bite while tailoring the orchestra’s role to allow Josefowicz’s playing to resonate in the big space. This wry, affectionate account made clear what a masterpiece this Violin Concerto is.

Josefowicz’s wildly virtuosic encore, from Esa-Pekka Salonen’s Lachen verlernt (Laughter unlearned), could have been intended to clear the decks for Gerald Barry’s anarchic mischief in Canada. Barry has the knack of drawing musical impetus from the most unlikely sources – in this instance, going through security at Toronto airport, which resulted in this short work that quotes – in English, French and German – from the text of the ‘Prisoners’ Chorus’ in Fidelio, mixed up with Allan Clayton obsessively deconstructing the country’s three syllables and some furious orchestral interjections. The audience laughed a bit at repetitions you thought might never stop, and you couldn’t help but be impressed by the bravura with which the Beethoven-obsessed Barry translates his inspiration into organised sound, nor by the confidence with which he takes his listeners into his jester-world. 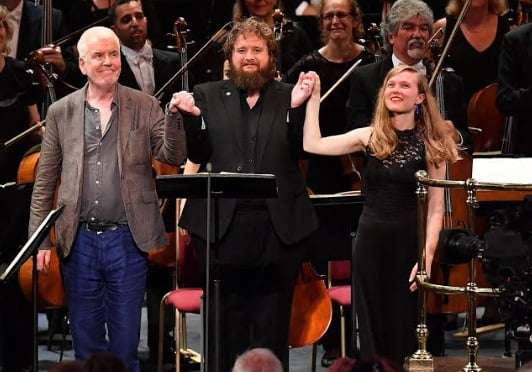 Gražinytė-Tyla again dispensed with score and baton for Beethoven’s Fifth, and the ‘period’ trumpets were back, keeping company with the robust ‘authentic’ manners of the CBSO’s excellent horn section. She added scorch marks to the first movement’s Allegro con brio marking, and her rhythmic bite was there from the very start in the famous upbeat, very definitely not a triplet, and she maintained this momentum while exposing detail you’d never considered. The exposition repeat tightened the screw so that the oboe’s brief soliloquy became the focal point around which the rhythmic and motivic centrifuge revolved – and it was brilliantly done. Gražinytė-Tyla’s Andante con moto for the second-movement variations almost broke into a trot, but not so that her elegant phrasing of the main theme didn’t register, along with many surprises of exposure and balance. The paring down of the Scherzo’s link to the Finale (the latter’s repeat omitted) to a barely audible timpani tapping is a well-worked trick, but it still didn’t detract from the heroic trombone blast, and her steady tempo accentuated the music’s military weight.

In a view so highly engineered as this, I wondered how much room she’d left herself for further interpretation. It was, though, a thrilling ride, one that made the encore all the more welcome, the strings and their section leaders in Bach’s ‘Air’ from the D-major Suite (BWV1068) at its most serene and translucent.