Janáček
From the House of the Dead – Overture [edited by Charles Mackerras]
Dvořák
Cello Concerto in B minor, Op.104
Beethoven
Symphony No.7 in A, Op.92 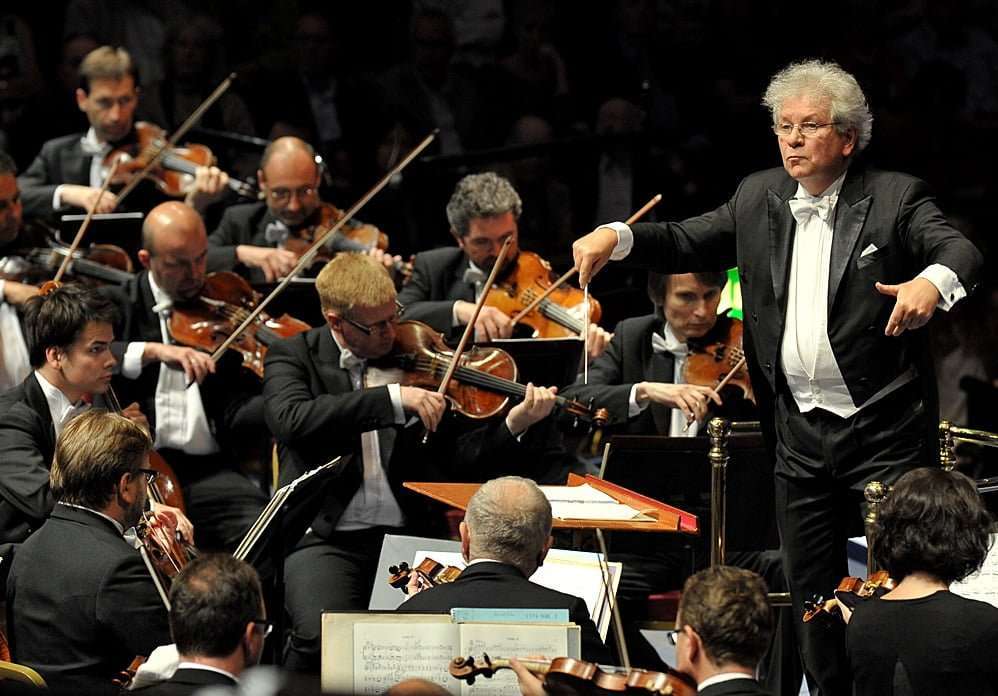 What makes a good Prom? There are various scenarios and this marvellous concert epitomised at least three of them: the visiting orchestra, on its mettle and determined to show itself to the best advantage; the much-loved senior conductor; and the great soloist. The unusually long and intense applause as Jiří Bělohlávek walked on to the platform showed what a popular figure he is in London.

The Czech Philharmonic has been coming to the UK since the turn of the last century, the days of Oskar Nedbal (1874-1930, the CPO’s conductor between 1896 and 1906), and its relationship with Britain has long been close – some of its greatest records were made in London, in the 1930s and 1940s. But its history has been marked by political upheavals and more recently, since the heyday of Karel Ančerl and Václav Neumann, by unfortunate changes of chief conductor. To judge from this concert, with Bělohlávek at the helm since 2012, the Czech Phil has found calmer waters.

The Overture to Janáček’s final opera, From the House of the Dead, came across with startling clarity and realism, every one of the stabbing phrases hitting home as the orchestra’s fine soloists made the most of their opportunities. Not for the first time, I found myself thinking what a great film and television composer Janáček would have made. And it was a shame not to have the opera following the overture! 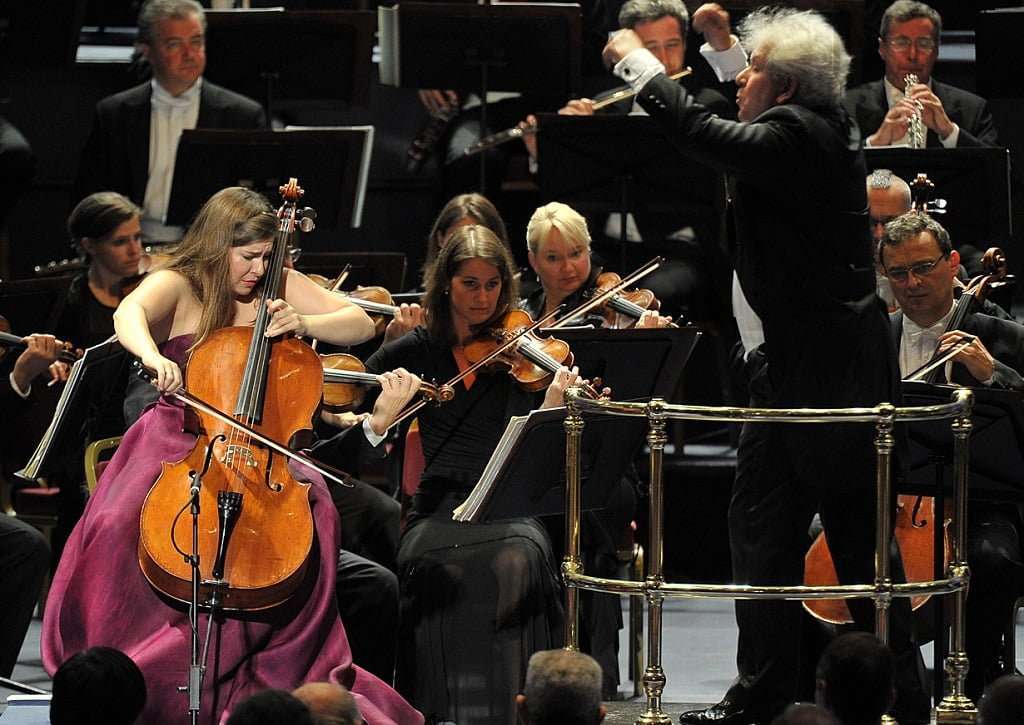 But instead we heard Alisa Weilerstein, member of a famous American string-playing family, and Bělohlávek recreating their recent recording of Dvořák’s Cello Concerto. It proved to be no hardship, and no mere repetition of the studio performance. From the very start, as Bělohlávek took great care with Dvořák’s rhythms but also injected a feeling of urgency into the opening tutti, it felt as if we were in safe hands. The excellent horn soloist slightly bubbling a note in his solo, as he introduced the second theme, hardly mattered. I think you have to go back to another great lady, the Canadian virtuoso Zara Nelsova, to find a North American cellist of Weilerstein’s quality. In the Hall she created the impression of a sovereign talent. Her tone was opulent and gorgeous but nearly always focused. She made a big sound without indulging it, and at the other extreme she dared to play really softly. I have rarely heard the Royal Albert Hall so quiet, especially with a capacity audience. The presentation of that beautiful second theme was captivating and the duet with Roman Novotný’s ravishing flute in the first movement was amazingly ‘inward’ and involving.

Incidentally, that movement took 14 minutes, not too long by today’s standards. In the slow one, enticingly introduced by the woodwinds, everyone seemed to be holding their breath as Weilerstein communed with her cello; Bělohlávek accompanied her with complete understanding and took charge when he needed to, as in the dramatic central section. The finale started well, the conductor detailing Dvořák’s rhythms and Weilerstein making every note audible, and it proceeded with a wonderful inevitability, the quieter moments attaining an almost spiritual quality. Only once did Weilerstein’s vibrato interfere with audibility in a faster passage. The final moments of quietness leading to the closing crescendo were spellbinding. No wonder she had to return to play something extra, the ‘Sarabande’ from J. S. Bach’s C major Suite (BWV1009). 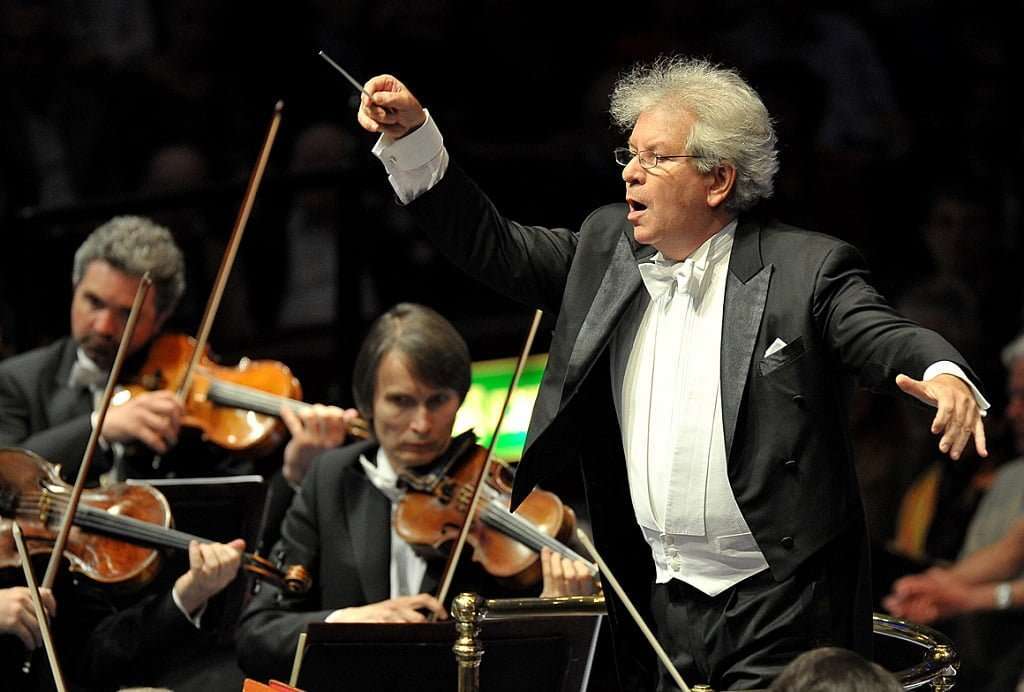 As we settled ourselves after the interval, I realised with a shock that I had hardly ever heard the Czech Philharmonic perform Beethoven under a native conductor. The Orchestra has obviously played its share of this composer’s music but when the Czech national record label wanted to add any Beethoven to its catalogue it tended to send for ‘outsiders’ such as Paul Kletzki and Franz Konwitschny. I can recall the odd fine performance by Karel Šejna and Neumann, but that is all. Any doubts were set aside as Bělohlávek launched the Seventh Symphony with the most eloquent of gestures. We were treated to a deeply involving performance, typical of the Central European school, the kind of interpretation one heard from Sawallisch or Eugen Jochum at their best. The all-important rhythms were precisely outlined but always there was an inexorable forward momentum. The Allegretto was taken at the ideal tempo, not rushed as it sometimes is today, and the various motifs, intended originally to be played by a string quartet, moved through the various parts with the most natural of conversational pulses. The scherzo had an impressive unity and the finale managed to be exciting in the right places, while giving due weight to the more thoughtful passages. In all, it was a most satisfying performance of perhaps the greatest of all Symphonies.

When Bělohlávek omitted the repeat in the finale, I thought that perhaps he was sparing his players, but he proceeded to treat us to three sparkling encores. First Dvořák’s A flat Slavonic Dance (Opus 46/3), crackling and precise rather than relaxed, as we used to hear from Neumann. Then the ‘Skočná’ (Dance of the Comedians) from Smetana’s opera The Bartered Bride, putting the orchestra’s superb string players through their paces at a tremendous speed but never rushed off its feet. And finally, my favourite piece by a favourite composer, the very same Oskar Nedbal’s Valse triste – much better than Sibelius’s effort of this name. Bělohlávek suggested that it might calm the audience down, and it certainly left us with a warm, satisfied glow. Definitely a good Prom!