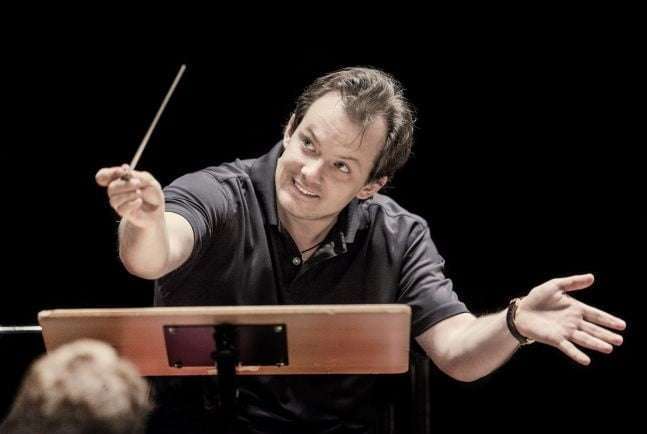 Only its eighth appearance at the Proms (of which I’ve made five), the second of this season’s Boston Symphony Orchestra’s concerts under music director Andris Nelsons – following hard on the seventh less than 24 hours previously – was one of the few of this year’s main concerts without a Concerto.

Two Symphonies framed a quasi-symphony, and the only American piece in the Boston’s tour repertoire: Samuel Barber’s Second Essay from 1942. Its quietly steadfast trajectory – building from the opening wind solos (flute then bass-clarinet) via the various episodes to the forceful climax – was unforced in Nelsons’s hands: an essay not only in title, but also in its succinct expression, beautifully moulded by the players.

It proved a perfect foil for the high jinks of Haydn’s Ninetieth Symphony that had preceded it. Only heard twice before at the Proms, it pointed to the marked lack of Haydn here: Of the 104 Symphonies only six have been performed over ten times apiece; 37 have never been played and 29 have only been played once (and ten only twice). This performance was a joy, even if the opening up-beat sounded smudged. Notable immediately was the beauty of the wind-playing, particularly flautist Elizabeth Rowe and oboist Keisuke Wakao; joined by bassoon in the string-supported long solo at the start of the Andante. Rowe’s flute mellifluously took over to be supplanted by an exquisite string quintet at bar 90, which is not marked in my score save for cello. Here soli first and second violins, viola and double bass joining the cello made for a magical effect.

The high horn part, to which Haydn added trumpets as a safety measure added a ceremonial brightness to the Minuet, contrasted with the urbane stateliness of Wakao’s in the Trio, before the subterfuge of the scurrying finale with its false ending. When Simon Rattle did it in 1990, he played merry hell with the audience by observing the second repeat, but Nelsons was content to make the point just once: perhaps a riposte to the prommer the previous evening who had interposed his acclamation far too soon after the end of Mahler 6 (and was remonstrated after by at least two fellow-audience-members).

After the interval was Shostakovich’s Tenth Symphony, Nelsons and the BSO’s current calling card, having recorded it for Deutsche Grammophon to release in time for the tour. Shostakovich could match Haydn with humour, but of a more sardonic type, especially in the abrupt second movement. First, though, the BSO’s mahogany-rich cellos and double basses responded to the resonant Albert Hall acoustic at the opening of the expansive first movement – just a bar was enough to convince of the quality of this new partnership. Nelsons is as lithe and athletic as ever: bending back on to the slatted wooden podium brought from home, then crouching with knees almost to the floor as he peers over his score for a pianissimo.

The poignancy of Shostakovich’s unrequited love for pupil Elmira Nazirova was given rapt life by James Sommerville’s magisterial horn solo against the woodwinds, chattering away with the composer’s oft-used monogram DSCH in the third movement, while the slow introduction to the Finale, makes way for the bittersweet culmination of the Symphony; accepting the Soviet world has changed following the death of Stalin, but in no way enough.

Playing to the Symphony’s musical rather than overtly political or emotional side, Nelsons is a direct and honest interpreter, though also aware of the composer’s contradictions. Eventually quieting the acclamation (having noticed the pair of prommers holding up a line of scarlet hosiery – Boston Red Sox; geddit?!) he told us they had one more piece of Shostakovich – a sarcastic ‘Galop’; immediately recognisable from Cheryomushki.

Finally, and incidentally, I was intrigued by the lavish Boston Symphony Orchestra press pack. With respect to the tour, although it gave the details of all the venues where the BSO is playing, it didn’t mention any of the summer festivals that had issued invitations: no mention of the Proms, the Salzburg Festival or the Lucerne Festival. And it’s the same on the Boston website: although the Salzburg Festival website is the one that it links to, the London link is to the Royal Albert Hall site not the Proms. What a peculiar world view they must have.