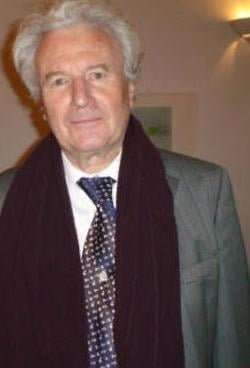 It’s fair to say, I’m sure, that when Sir Colin Davis passed away on April 14 at the age of 85 something irreplaceable was lost to us. Certainly for regular concert- and opera-goers in London, his appointments to the BBC Symphony Orchestra, Royal Opera and the LSO made Sir Colin omnipresent in the capital, his love of music and natural persona drawing admiration and affection in equal measure and never fading over the years. (He will also be much missed in Boston, Dresden and New York.) Sir Colin was to have conducted this Prom. It now became a tribute to him. A change of programme ensued, Sibelius’s Second Symphony giving way to another, Elgar’s. Whether the substitution was desirable is a moot point, or maybe it simply reflects Daniel Harding’s repertoire (although he conducted Sibelius 7 at this address just a few weeks ago), for the final triumphalism of the Sibelius would have recalled Sir Colin in a blaze of glory – and this composer was of course one of his lifelong favourites – but so too was Elgar, and the tranquil reflection that closes his Second Symphony is just as appropriate.

The programme-book included a handsome Davis remembrance from Roger Wright, and we opened with invigorating music by Michael Tippett for brass instruments, which effectively became Fanfare No.5 (he had previously written four such works, each independent from one another) as arranged by Meirion Bowen from the seventh section of the composer’s extensive oratorio, The Mask of Time, first performed in 1984 in Boston under Colin Davis. Bowen did whatever was needed two years later (and with the knowledge of Tippett, who died in 1998 aged 93) to make a stand-alone three-minute piece, pulsating and sustained in its vigour, the (standard) brass group supplemented by a busy xylophone and a side drum on the final flourish.

After this stirring start, the LSO brass-players swaggering through this knotty and twisting music, it was so good to hear Tippett’s Concerto for Double String Orchestra (1939) revived, a glorious score, outgoing and blossoming, contrapuntally complex yet generously romantic, and eloquent and deeply felt in the slow movement (based on a Scottish folksong). Harding led an ebullient and elegantly turned performance that served this richly polyphonic music well, save there were a few moments when a little more surety was needed and a little more intensity too (which one imagines Sir Colin would have invested), but Harding certainly sustained well his very spacious tempo for the central Adagio cantabile, arguably too slow, but it was of ‘heavenly length’ and moved the soul. The finale’s interplay and rhythmic point were also well-realised, so too the yearning lyricism that intercedes and crowns the work (Harding’s rather gentle way with the final chord was curiously affecting) suggesting Housman’s “blue remembered hills” and rolling English countryside; and if that incites charges of parochialism, it should be remembered that one of the work’s first conductors was Hans Schmidt-Isserstedt and that its finest recording, not forgetting the composer’s own, is courtesy of another German, Rudolf Kempe, a concert performance from 18 February 1976 with the strings of the BBC Symphony Orchestra on BBC Legends. However, being insular for a moment, this Tippett masterpiece can be bracketed with the great pieces for strings by Bliss, Elgar, Herbert Howells and Vaughan Williams. 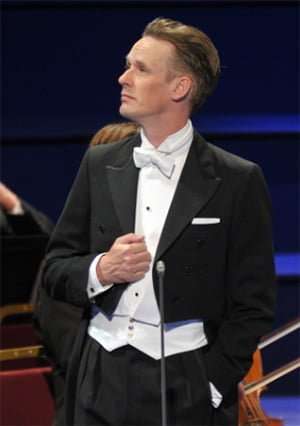 We stayed with strings-only for the next work: Benjamin Britten’s setting of prose by Arthur Rimbaud, Les illuminations, also dating from 1939, written for and dedicated to Swiss soprano Sophie Wyss. (Today, following Peter Pears’s assumption of the solo part, the cycle is almost exclusively the preserve of tenors.) Here the opening ‘Fanfare’ was bracing and bristling with excitement (ditto elsewhere and enough to suggest that Harding is more totally sympathetic to this example of Britten than to the previous example of Tippett); how incisive and galloping the LSO strings were in ‘Villes’, how vibrant during further places, and how persuasive and sensitive at other times. Ian Bostridge was on top form, relishing the words and painting them vividly, dynamic in every sense, and carrying effortlessly into the auditorium irrespective of the register or the volume. His performance overall was of technical brio and engaging musicianship, sheer splendour at times without being self-conscious, and some of his larger than life characterisation was totally convincing (illuminating, if you will), almost operatic, even reminding of his portrayal of Aschenbach in Death in Venice. Bostridge wasn’t the show-stealer though, for violist Edward Vanderspar and cellist Rebecca Gilliver contributed much, so too leader Carmine Lauri, who had already distinguished himself in the Tippett. Time stood still in some settings, and the air was exhilarated through others. 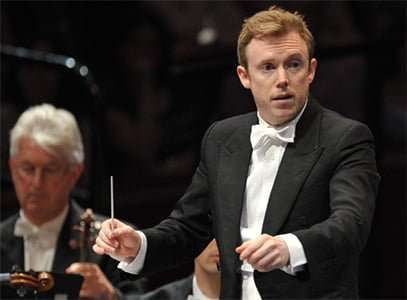 It wasn’t that long ago (5 October 2010 to be precise, Barbican Hall) that Sir Colin himself was taking the LSO through an unforgettable account of Elgar’s Second Symphony that was totally inspired. But not because of that fond memory, and entirely on its own terms, Harding’s foray into this large-scale and musically and emotionally multifaceted Symphony, while interesting (not a euphemism) and intriguing, seemed not yet fully settled. It started off with such promise, the work breathed into life, almost on a sigh (the opening of Brahms 4 can be treated similarly), Harding emphasising the nobilmente marking, but there was little sense of the music being released with the energy of a coiled-up spring. Indeed, Harding suggested Elgar as already resigned (you wouldn’t have thought he had the forthcoming Falstaff in him), indulging the moment and setting up uneasy extremes of speeds and character. That the performance lasted 62 minutes (although Harding was not setting a precedent in this respect and timings can only be a statistic), that the composer himself took 48 minutes (in his recording with the 1927 LSO) is indicative of Harding’s expansive approach, one that didn’t always connect episodes across the lengthy first movement. Swings and roundabouts, too, in terms of balance; positive in the use of antiphonal violins, but the brass could be a little forced and coarse and the double bass section was down one member. If detail wasn’t always pristine, and there was a passing hiatus just before the coda, Harding was tenacious in forging a course through this (here) volatile first movement, the composer himself rigorous, often wild, even relentless.

The slow movement, dedicated to the memory of Edward VII, seemed initially plodding, maybe a consequence of introducing too much adagio into its predecessor, although bit by bit a funeral tread was found, so too shading, half-lights and a sense of withdrawal and building (via Gordon Hunt’s poignant oboe soliloquy, he was guesting-in from the Philharmonia Orchestra) to a passionate climax and a numbed sense of loss. By contrast to what had gone before, the scherzo flew by, brought off with some deft and mercurial playing, and high-end virtuosity in the coda, although the nightmarish crescendo that erupts at the mid-point was a little contained. With the finale, Harding was amiable, the music’s pomp well-accounted for, if not the release of anxiety just before the recapitulation: what should be a searing trumpet hardly registering. However, the reflective final bars were beautifully handled, laid to rest (as it were) … yet with Harding, his baton aloft, doing the right thing and seeking an extended silence, along comes a numbskull to clap, and others followed, and the rapt atmosphere was destroyed. Hindsight being a wonderful thing: should have played the Sibelius!