“Immediately following the São Paulo Symphony Orchestra’s evening Prom, its string players and Principal Conductor Marin Alsop are joined by members of the São Paulo Jazz Symphony Orchestra for a landmark celebration of Brazilian popular-music from the past 100 years. Few countries can boast such an ingrained and individual popular music tradition as Brazil, and this feel-good Late Night Prom will take you from the African influenced rhythms and Chopinesque chromaticism of Brazilian street music to the outlandish constructions of the so-called São Paulo avant-garde – all from the best Brazilian players in the business.” [BBC Proms website] 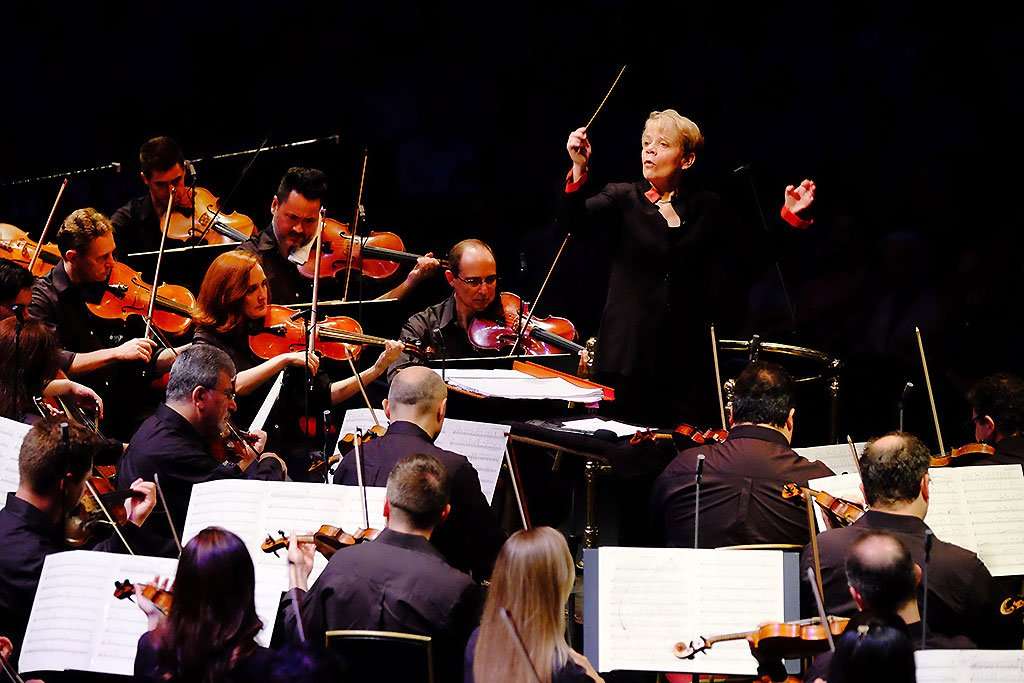 And so to the “carnival” atmosphere of Brazilian popular music; from the audience, less than a handful moved at all, let alone in time to the music. Two made some sort of effort towards what might be loosely classified as dance. Perhaps the arrangements had a hand in this, for the ghost of the middle-of-the-road Mantovani seemed present. It felt rather Brazil-lite, raw edges sanded away in a nod to modern Health and Safety.

The São Paulo Jazz Symphony Orchestra was created to play popular music in a symphonic way. These jazzers were clad in red to distinguish them from the main orchestra. There was a link between the final encore of Prom 51 and the hyperactivity that opened Prom 52, ‘Estrepolia elétrica’ by Moraes Moreira, ending as a frenetic frevo. To follow, football, ‘1×0’ (the final result) by Pixinguinha & Lacerda pays homage to Arthur Friedenreich, Brazil’s first soccer star: he scored against Uruguay in 1919.

Pasted together were a lament for a worker from north-eastern Brazil, ‘Lamento sertanejo’, and ‘Feira de Mangaio’, a depiction of a street party, and then two excerpts from Dorical Caymmi’s ‘História de Pescadores’ (Death of a Fisherman), all meant to mark the cycle of Life and Death. The ‘Lamento’ was interesting in that it starts like a machine before interiorising, and the ‘Feira’ was predictably bright-toned if over-smooth. No missing the doleful bells for the fisherman, and how nice to hear the orchestra-members sing. Nelson Cavaquinho’s ‘Folhas secas’ (Dried leaves) features chromatically descending lines, and was paired with the ascending lines of Cartola’s ‘O sol nascerá’, both gently despatched. 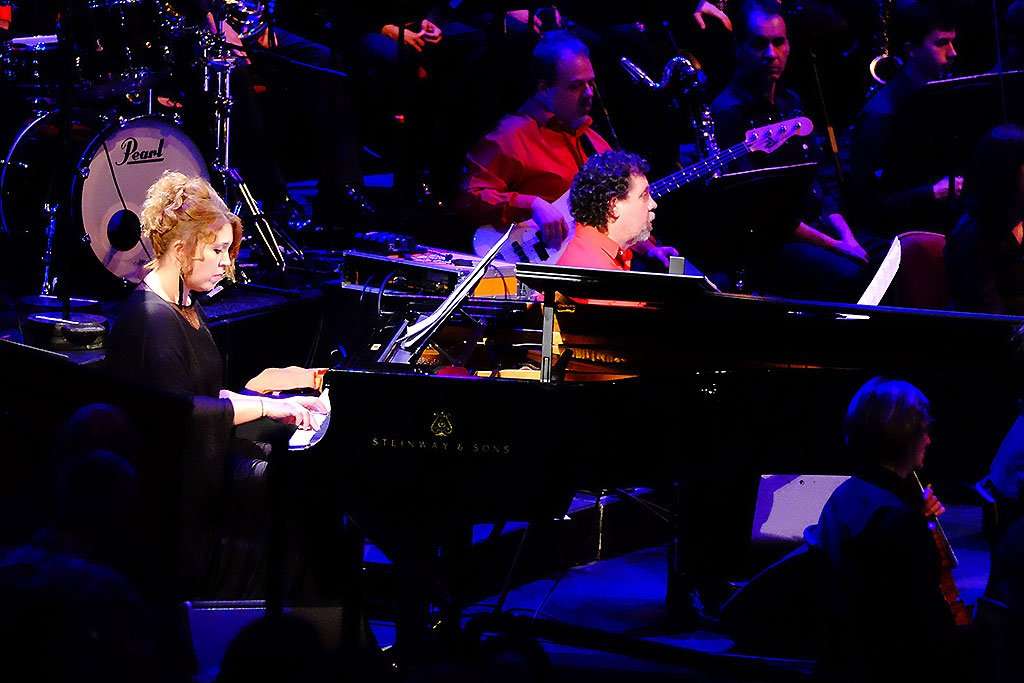 The “surprise” of the night was Gabriela Montero, again, this time improvising before we got to the well-known ‘Girl from Ipanema’ in an extremely laid-back arrangement, the antithesis of Stan Getz’s sophisticated and deep take on the song.

A lovely viola solo from Horácio Schaefer graced ‘Beatriz’, and it was beautifully delivered. Caetano Veloso’s ‘Tropicália’ , a nightmare painting in sound of Brasília revealed the concept of tropicalismo in the music of that time, the 1960s, a genre that contrasted the modern with the traditional. Brightly coloured, it sounded like a TV sig-tune. More interesting was Milton Nascimento’s Afro-Caribbean jazz-rock fusion ‘Milagre dos peixes’, soft-edged and nodding to Richard Strauss at one point. The ensuing pairing of Hermeto Paschoal’s ‘Bebê’ and Egberto Gismonti’s ‘Frevo’, in new arrangements by André Mehmari, was interesting, particularly the aching nostalgia of the former.

Finally, Ary Bassoso’s ‘Aquarela do Brasil’ in a saccharine, rather non-descript arrangement: I kept waiting for the adverts to start. There were three encores: a raucous frevo by Jobim, then another one, and to round things off, ‘Estrepolia elétrica’ once more. Overall, though, this concert was rather subdued.