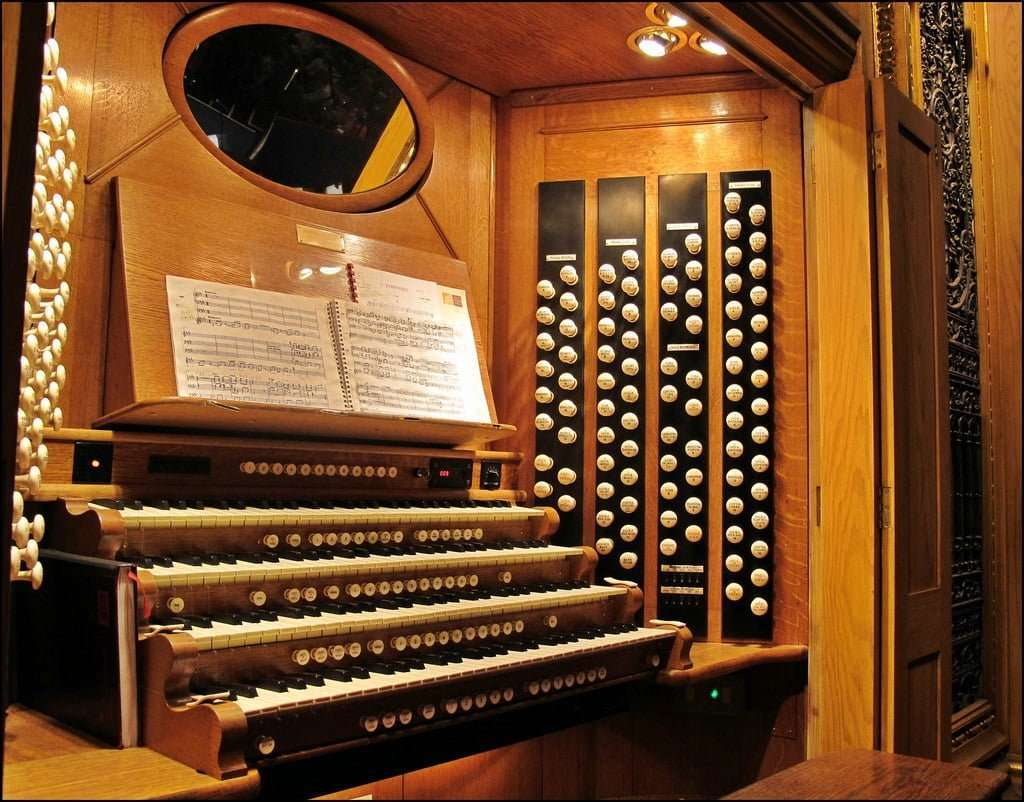 As time goes by, one eventually learns to be grateful for all mercies, so if it appears ungracious to criticise what I believe is the first-ever complete evening Prom given over to an organ recital – more so in the light of the lobbying, as editor of The Organ, I have been putting forward over several years for just such an event – one should begin by concentrating on the positive side of this unique occasion.

Not that organ recitals are entirely new to the Proms. In recent years we have had relatively shorter afternoon events, but the notion of utilising the magnificent ‘Father’ Willis-Harrison-Mander instrument for an entire evening certainly makes sense. Proms audiences are used to attending mainly orchestral programmes and the idea of hearing the largest concert organ in the country – with 9,997 pipes – in such an acoustic within the Proms season would surely have been an attraction for the general music-lover than a one-off occasion.

The inauguration of (one hopes) an annual Proms recital fell to the Frenchman Thierry Escaich, noted (among other accomplishments) for his skill at improvisation, and it was this latter ability, alongside a selection of music largely from what one might call the standard organ repertoire, that featured prominently. 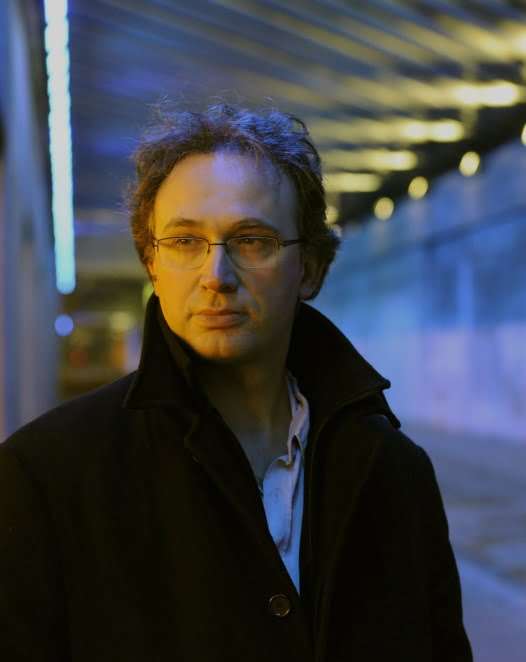 A subtle aspect of his programme was that every piece was either inspired by, or founded upon, chorales, and he began with one of the very greatest of all organ works, J. S. Bach’s Passacaglia and Fugue in C minor. In this transcendental masterpiece, Escaich’s musicianship and taste were rarely in doubt, although some of the detail of the music tended to elude him: for example, in the initial statement of the great theme, the fundamental low C at the end was not held for the full minim’s length. As the theme is the fountainhead from which this work grows, it is essential that we hear it unadorned and in full. Admittedly, this is one of the technical problems Bach poses, for the immediate restatement of the ground bass begins on the C an octave higher, and the two notes cannot be held for their duration if played by the same left foot (as Escaich did), but the musical sense demands that the C is held, the octave higher beginning with the right foot and then transferred to the left before the higher G is sounded. This solution presupposes the choice of a tempo in which it can be smoothly achieved, but Escaich’s way did not fully permit him to do that, with the result that the inherent pulse and therefore the musical sense of the work was somewhat diminished from the beginning.

Before the double fugue begins, Bach’s amazing lightening of textures do not necessarily imply dramatic consequential reductions of dynamic, for one must always bear in mind – in this work, perhaps above all others of the master – the technical restraints inherent in his Tomaskirke organ in Leipzig. The Albert Hall instrument can be made to sound, even in this acoustic, amazingly clear without too great a dynamic range being employed. And in the later stages of the Passacaglia Escaich’s choice of registration, whilst doubtless musically sincere, was too greatly contrasted and thus tended to ensure that the onward momentum of the pulse was in danger of being lost – this didn’t quite happen, but it came close.

In the Fugue, the demands inherent in the textural exposition and subsequent middle-entry sections implied that slower pulse which one missed earlier on. Changes in dynamic and registration, when the texture itself took care of any lightening of contrapuntal interest, tended to become a distraction, but the playing itself was splendid, and in Escaich’s performance this imperishable work made its customary magisterial impact, although I would have preferred beginning the final Adagio at the point Bach marked it, rather than – as Escaich did – anticipating it too early.

To follow with a little-known one by Brahms was an inspired piece of programming: Brahms’s G-minor Prelude and Fugue is an early work, dating from 1857, and without opus number, but it certainly reveals his admiration for, and the influence of, Bach. Several of the florid runs in the Prelude could have been written by Bach himself and the Fugue subject is not one that Bach would have abjured, although he might have suggested alterations in the younger man’s working out, or even in the subject’s construction. Nonetheless, Escaich’s account was certainly excellently tailored to the Albert Hall and its instrument, and may well have come as somewhat revelatory, even to those who think they know their Brahms.

Escaich was shrewd enough to follow this early work with one of Brahms’s very last compositions – the second of the eleven Chorale Preludes. The contrast could hardly be greater, for at the end of his composing life Brahms’s language here is contemplative (of course), and always of simple and direct expression. The Chorale is better-known through its use by Bach in the St Matthew Passion, and Escaich himself takes it for one of his own Chorale-Etudes, of which we heard four in this recital. 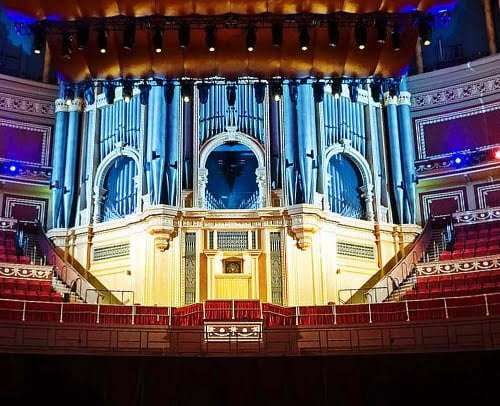 Just as those who know the Passion will not necessarily have immediately recognised Brahms’s use of the Chorale, Escaich’s own treatment is, even further away, a virtually unrecognisable emotional and rhythmic outburst against the forthcoming treatment of Jesus – there is no consolation in Escaich’s nervous, rather helpless, vision.

The subtlety in Escaich’s programming carried into Bach’s ‘In dir ist Freude’. The subtlety here is that this joyous piece is often associated with the month of August in certain Christian gatherings. Played quite ‘straight’, it made an excellent preface to the first to be heard of Escaich’s Chorale-Etudes, ‘Nun freut euch, ihr Christen’. The first half ended with a magnificent demonstration of Escaich’s improvisational skills – a ‘Prelude and Fugue on a Chorale Theme by Bach’ – the theme itself chosen by a member of the audience and handed to Escaich a few moments before. The theme was ‘Jesu meine Freude’, one of the Chorale Preludes (BWV 610) from the Orgelbűchlein (it also appears in Bach’s funeral motet BWV227 as well as in several other works). One does not wish to cite these references in any way to detract from Escaich’s brilliance and imaginative skill, which were deeply impressive.

Another of Bach’s chorale preludes, BWV 686 ‘Aus tiefer Noch schrei ich zu dir’ from the Clavier-Űbung Book III, opened the second half in a performance of considerable musical style – Escaich’s excellent tempos and registration were of a kind rarely encountered these days. Mendelssohn’s relatively brief and rather oddly-shaped Third Sonata, one of a set of six commissioned by an English publisher, followed. Mendelssohn himself described the Sonata as being one of his most difficult, and it is not an easy work to bring off satisfactorily, being cast as an extended chorale-prelude followed by a quieter contemplative study. The full close at the end of the first movement led several in the audience to interrupt the flow with unnecessary clapping, silenced by Escaich taking the second movement not quite attacca. Escaich had the measure of this work in many ways, but early on was disdainful of Mendelssohn’s explicit dynamic markings – there really was no need for this, despite the necessarily authentic change of manual.

Mendelssohn’s Sonata was followed by four chorales and chorale-preludes, by Brahms and Escaich and by Bach and Escaich, each pair on the subject of Christ’s Crucifixion and Resurrection. It was perhaps the inherent nature of both Bach and Brahms to use these Chorales as contemplative studies and for a contemporary composer to use the events as images to be accompanied as in a silent film – for there would appear to be, on this first hearing, little comparable musical depth within Escaich’s well-meant pieces.

The finale was an improvised Suite on themes by Bach. The St Matthew Passion was again to the fore, in the opening movement’s fantasia on ‘Erbarme dich, mein Gott’, but one soon lost sight (or should I say hearing) of the thematic material in Escaich’s fascinating evolving tapestry – not so much a challenge to ‘spot the tune’ but one to enter into his remarkably compelling musical imagination, fully served by his immaculate technique, and building in the last movement to a climax that was genuinely thrilling.

On balance, therefore, a success. But the Proms is, and has certainly been reinforced in recent decades as being, principally a British institution, in terms of provenance, location, planning, support and promotion, and for such an innovation as the first evening organ recital one might have expected a British organist, and some British organ music, on an exclusively British instrument in this quintessentially British venue.

What one would give to be able to hear, say, Parry’s magnificent ‘Wanderer’ Toccata and Fugue – arguably the greatest organ work by a British composer – on this instrument, alongside one of Stanford’s Sonatas from the group he composed during (which were largely inspired by) World War One, an event the BBC has not been backward in commemorating. Other great British organ works spring to mind: Malcolm Williamson’s Vision of Christ Phoenix, John McCabe’s Johannes Partita or Kenneth Leighton’s Et Resurrexit, among others, but by inviting Thierry Escaich and not hear him play one note of music from the French school – from César Franck to Naji Hakim – nor by other composers whose music would sound magnificent on this instrument – Max Reger especially – suggests that the programming was left entirely up to the player, being simply ‘nodded through’ by those responsible for the season’s planning.

Yet it’s a start, and to judge by the reaction of the large audience, a success. Given the financial attractions of including an organ recital during a Proms season, we may feel this will not be the last, although for more suitable programming, to quote Stephen Sondheim, “maybe next year.”