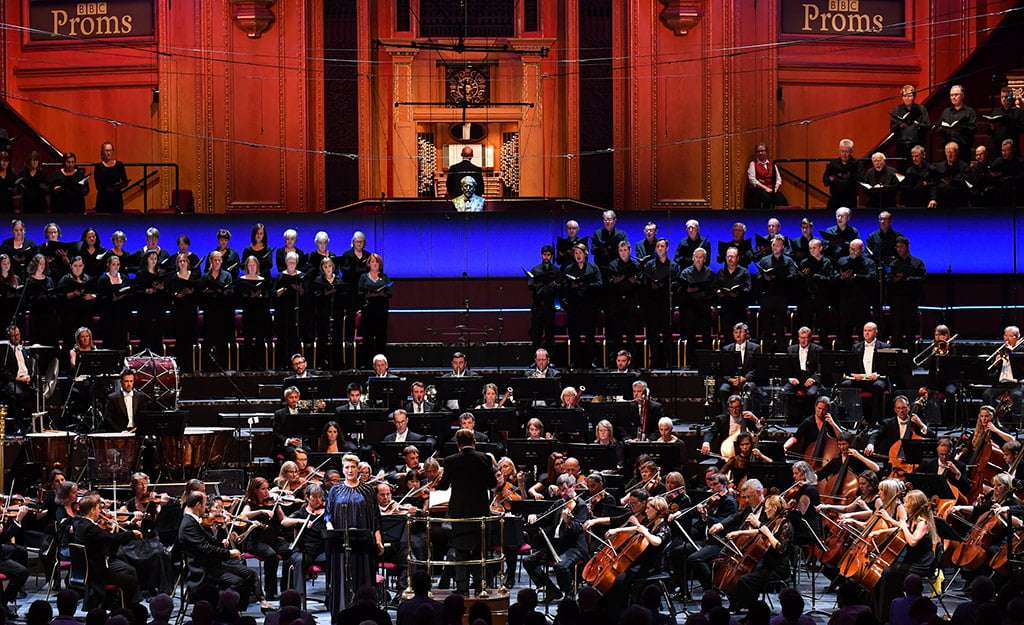 Three works by British composers of different generations made up this programme: three serious works, nothing meretricious but sufficiently varied in character and timbre – to say nothing of individual creative personality – to stand alone and to reach out, in that extraordinary humanistic manner which makes a composer’s nationality underpin virtually all aspects of their creativity, to later generations.

In that last clause I include Hugh Wood’s work, the composer being thankfully still with us at the age of eighty-seven, present in the Hall to acknowledge the genuine warmth and appreciation from the very large audience for his Scenes from Comus. As this enormously impressive piece first appeared over fifty years ago, the reference to later generations is valid. The work, a kind of symphonic cantata, was commissioned at the height of the Third Programme William Glock era, premiered at the Proms in 1965 conducted by Norman Del Mar.

Superficially, for some critics, its serial base was taken as implying that the composer was in thrall to what a writer at the time termed “fashionable trends” – a comment which may or may not be true, but which undoubtedly hits the spot in dating the work. A piece like this simply could not be written today, I suggest, by any composer, when today’s “fashionable trends” invariably turn into last week’s.

But the comment from our critic of the 1960s was itself inherently superficial, for Wood’s Scenes from Comus undoubtedly possesses creative truth: the work’s basis is, equally undoubtedly, serial composition, but not so strict, nor so fashionable, as to keep the composer in thrall to his then-Continental contemporaries and recent generations, if equally not so slapdash as to attempt to adopt a superficial fashion in order to appear up-to-date.

As this performance profoundly demonstrated, Wood’s inherent nobility of musical thought, and his grasp of relatively large-scale structures, produced a work that continues to impress. The fact that the work makes such an impact is that its thirty-minute time-span is clear even to those who might still shy away from its syntax – if not its fluent musical language. Scenes from Comus, although continuous, falls into three main sections, each delineated by timbre, tempo and pulse. The opening twelve-note horn solo may indeed have provided the composer with his material, but the listener doesn’t have to bother with that aspect: Wood derives enormous stretches of melodic and harmonic expression from it, particularly in the noble word-setting of the first section – finely sung on this occasion by Stacey Tappan and Anthony Gregory, as indeed in later duets – turning the work in the central purely orchestral section into a kind of variations, the texture and linear expression continuing to grow in a genuinely symphonic manner before the final section is with us – subtly and brilliantly announced by a piano clarinet recalling that twelve-note theme. This was a performance of considerable stature from Sir Andrew Davis, his fine soloists and the BBC Symphony on top form. 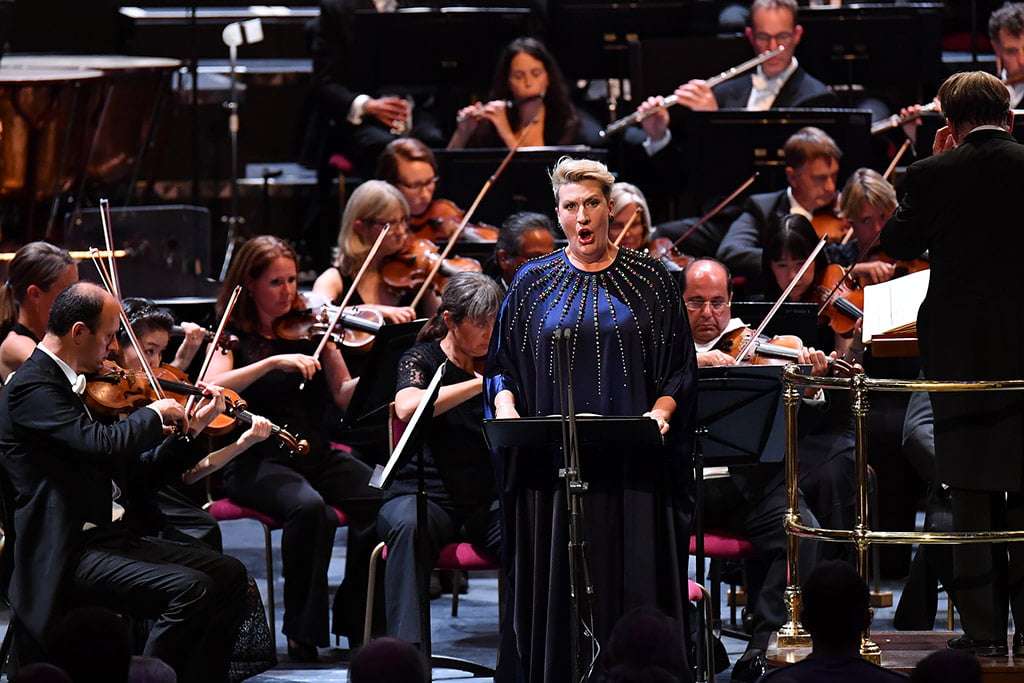 The large string section opened the programme with a hugely impressive account of the great Tallis Fantasia (1910). The quartet was made up of the section leaders, so their aural ‘placement’ was heard from within the main body of players; the second orchestra, nine players (2.2.2.2.1), was placed up and behind the main body. So the spatial effects were good, but a mood of profound contemplation – which is at the heart of this utterly original masterpiece – engendered from the very opening bars, was conveyed throughout by superb playing in this most sensitively conceived performance.

Elgar’s The Music Makers has always seemed to me to be unfairly disparaged. I consider it a masterpiece – a view with which I defy anyone hearing this account to disagree. It is quite unfairly neglected, and although detractors point to Elgar’s persistence in quoting liberally from his previous works, this is no cheap game of ‘spot-the-tune’, for Elgar clearly regarded Arthur O’Shaughnessy’s text as inspirational in regarding music, and those who made it, as a poetical medium in the hands of poets, the “we” in the opening lines “We are the music-makers, and we are the dreamers of dreams” taking on the nature of the ‘Royal we’ – for the composer, able to regard himself dispassionately, he was the personification of that essential musical surface which combined – as has been said – “heroic optimism and nostalgic melancholy”. The result, for the committed Elgarian, is another of the composer’s personal works, deeply felt and magnificently written. 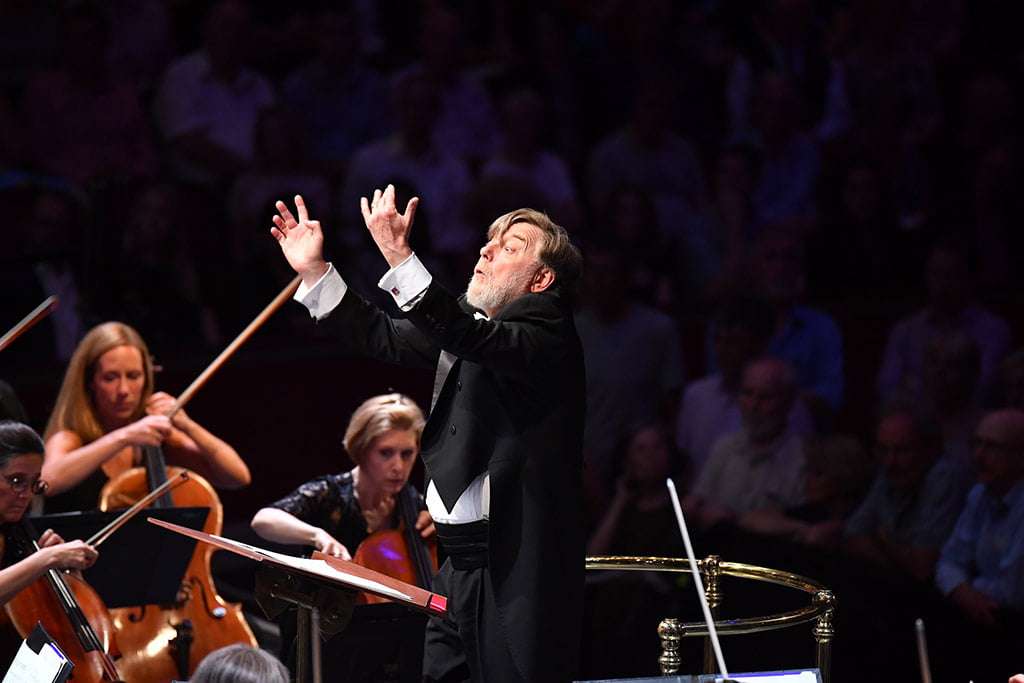 Wide-ranging, this imposing score by a great composer was superbly performed. The tonal quality and enunciation of Dame Sarah Connolly was outstandingly fine; the BBC Symphony Chorus was in the highest and most responsive class, and the BBCSO at its very considerable best. The closing pages, as they inexorably moved to a pianissimo diminuendo ending, were unforgettable – the audience stunned into silence for a long time before applause began.

There have been aspects of programming which have rendered Proms 2019 unrecognisable: this was a Prom in the great tradition.