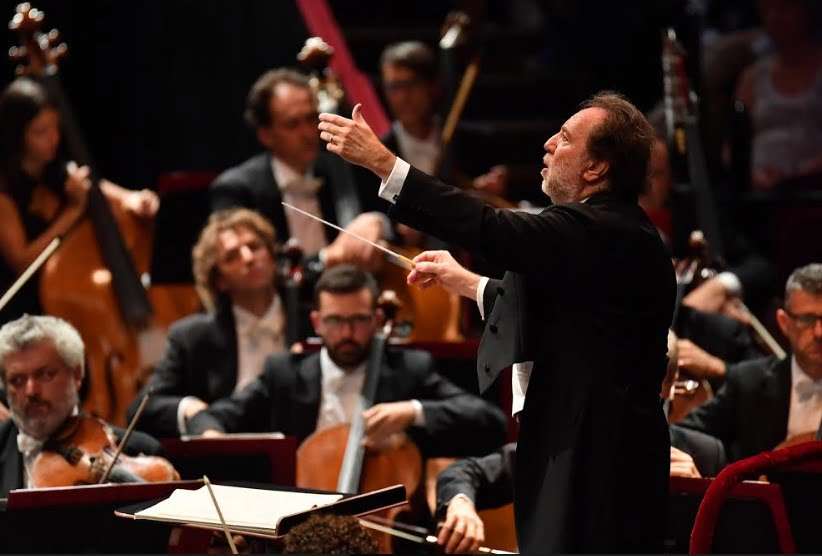 In an age when a short piece to open a concert is no longer the regular presence it once was – whether specifically an Overture or not, even though there is a wealth of wonderful music to choose from in this regard – this Prom was a prime example of such a regrettable omission. Here we had a visiting orchestra, from Milan, one with a world-famous operatic tradition, so why not start with Verdi’s Force of Destiny, great in itself and a perfect calling-card for these players. But no, this was a programme with a bit missing and therefore it was an unsatisfactory ‘cold’ start into Brahms’s Violin Concerto. 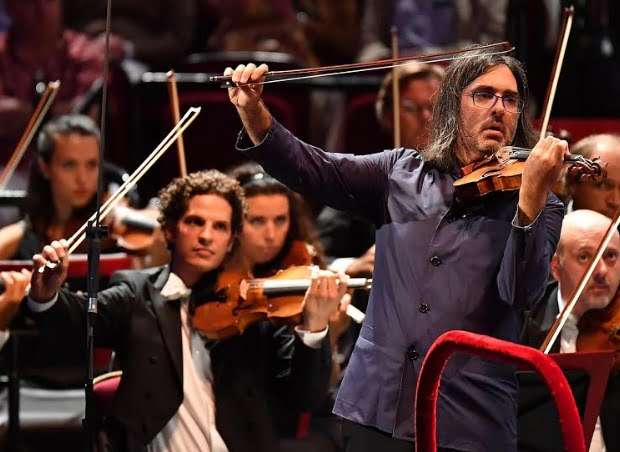 The Brahms went well enough, however, beginning with a majestic account of the first movement (perhaps surprisingly spacious in the light of Riccardo Chailly’s flowing Leipzig versions of the Symphonies, on Decca), more lyrical than fiery, and with a full sound (founded on nine double basses, no less) yet with transparency too. Leonidas Kavakos was technically imperious, and exact in the matter of intonation, yet whether he penetrated to the music’s core is another matter. He did though give a commanding reading of Joachim’s ‘usual’ cadenza – I wonder if he knows of Busoni’s with its timpani part – and there was no doubting the beauty of the Adagio, led eloquently by oboist Fabien Thouand, yet given the broadness of the first movement there wasn’t quite the needed contrast and it became somewhat soporific (but I hope it gave some comfort to the poor soul in the Arena who presumably fainted – a thump and then audience kerfuffle suggested that’s what happened, although I spied no medical attendance). As to the Finale, some paprika was added to the mix, but undue emphases held up progress slightly although the coda bubbled along infectiously.

The La Scala Philharmonic is the concert-giving wing of the famed opera house, founded by Abbado in 1982 and then nurtured by Giulini and Muti and it is now under the directorship of Chailly.

Two selections from Respighi’s Roman Triptych (the other is Festivals) filled the concert’s part two. It was maybe too soon to hear again these ingenious, colourful and descriptive masterpieces following Antonio Pappano’s compelling Santa Cecilia outing for them in May (review below), but I have no wish to set up a Milan versus Rome fixture. Let’s call it a high-scoring and honourable draw, although it was Pappano who scored the ‘golden goal’ in extra time. 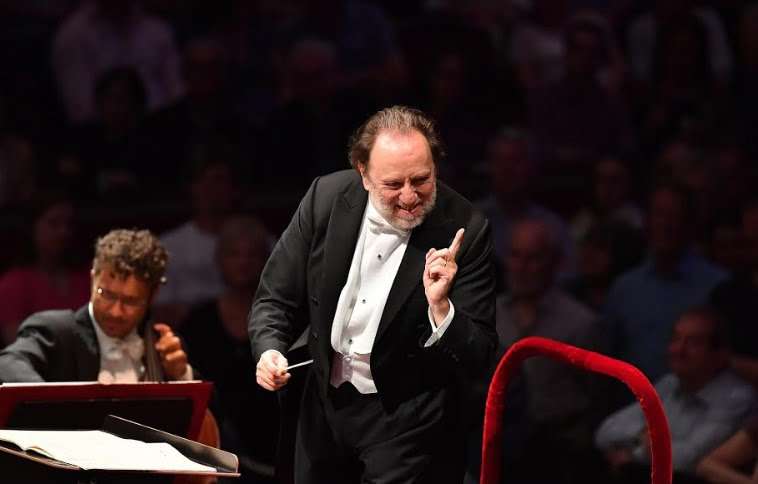 From Chailly it was the slower music in both pieces that grabbed the attention. In Fountains, dawn and dusk were magically quiet and atmospheric, and, although stirring at the mid-morning and midday points, the trumpets were on the strident side and the RAH organ, although adding cathedral amplitude also threatened to dominate, the music then sinking to its final dusky colours, moonbeams and midnight chimes, delicate and translucent. If only Chailly (like Pappano, to advantage, and the Scala harpists were ready to ripple) had gone straight into Pines instead of stopping for clapping, walking off and back, and then giving a conducted tour of the orchestra, which he would do again twenty minutes later; separate works, yes, but related. When we did get to Pines, the opening was rumbustious if lacking playfulness and also a little opaque in detailing. It was the catacomb and Janiculum sections that came off best, the former brooding and sepulchral, growing in opulence and with a poetic and nicely distanced trumpet solo, and the latter ravishing in its evening idyll, featuring clarinettist Mauro Ferrando and Respighi’s recorded nightingale. As for the Appian Way conclusion – in which dated monochrome becomes Technicolor as Roman legionnaires return in glory – despite the required extra brass (not high, wide and handsome as is usually the case) it didn’t quite hit the spot for all the extravagance and volume on offer.

Audience acclamation following the Brahms and the Respighi suggested it was encore time to round-off both, but the Prom’s start had been delayed, as I understand it from word-of mouth advice (I saw or heard nothing official) because the instruments had arrived late, so I am guessing that BBC Proms management asked for no extras to ensure a prompt start to the late-night Prom 55. As for Prom 54’s ‘Italian Job’ it turned out there was more missing than I had first suspected.