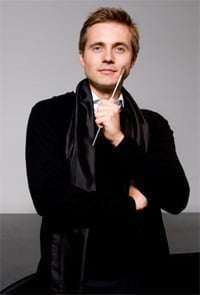 During the course of his near-decade as Master of the Queen’s Music, Peter Maxwell Davies (‘Max’) has written a number of ‘official’ works as well as a substantial body of chamber music. Two genres he had supposedly finished with – opera and the symphony – have, however, also made their reappearance: thus Kommilitonen! (2010) proved to be his first opera in over a decade, while the Ninth Symphony (2012) has also been his first such undertaking since the turn of this century. Not that the latter piece is at all divorced from his current preoccupations, being dedicated to HM Queen Elizabeth II on the occasion of her Diamond Jubilee, though its content is very far from the celebratory paean this might suggest.At 23 minutes this is Maxwell Davies’s shortest symphony so far, while its scoring – for a standard large orchestra with an additional brass sextet – is audibly in the lineage of those that preceded it. The composer has spoken of an architectural unity-in-disparity as the inspiration behind its single movement: a slow but cumulative introduction leading to an energetic Allegro, its vestigial sonata-form increasingly eroded by intervention of the extra brass with its brazenly martial ideas; the resultant tension culminating in a violent climax from which the slow second half takes shape with its greater stylistic integration, building to a powerful yet pointedly inconclusive apotheosis.

The first half is among the most sustained and involving in any of Maxwell Davies’s symphonic works – not least in its expressive conflict being borne along by onward momentum – but what follows feels less compelling in its sequence of climaxes that do not so much build upon as cancel each other out; then a conclusion which not even a little help from Haydn (the String Quartet, Opus 54/2) can prevent from seeming defeated rather than defiant. Not that this was the fault of the performance – Vasily Petrenko securing a dedicated response from the Royal Liverpool Philharmonic, its surmounting of the work’s technical challenges made one hope that more performances (and maybe a recording?) will be forthcoming. 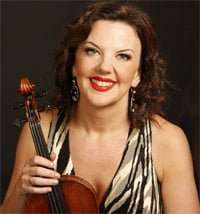 British music of a more inward but not necessarily less intense kind followed with the welcome revival – the first at the Proms in over four decades – of Delius’s Violin Concerto (1916). Among the first works from the composer’s later years to fuse a covertly Classical trajectory with his customary formal fluidity, its three continuous sections are notable less for their emotional contrast than for a continuity drawn from a thematic content as closely argued as anything in his music, and which is ultimately channelled into a postlude as raptly expressive as anywhere in his output. A concerto, moreover, with which Tasmin Little has been identified since the outset of her career and whose memorable account here, if not without its passing fallibilities (notably in the dance-like idea at the start of the third section), confirmed an ever-deepening insight that was enhanced on this occasion by Petrenko’s adroit handling of an orchestral ‘accompaniment’ which can all too easily lose its shape or direction.

After the interval, Shostakovich’s Tenth Symphony (1953) in an account exhibiting similar virtues to this partnership’s award-winning Naxos recording. The Moderato arguably benefitted from its slightly tauter pacing, thereby throwing the superbly maintained central climax into greater relief with the soul-searching from which it emerges and the resignation into which its subsides, while the Allegro sacrificed little if any of its visceral character from being taken at a marginally steadier tempo – doubtless in consideration of the Royal Albert Hall acoustic. The Allegretto was then perfectly poised between a slow movement and an intermezzo, its interplay of musical monograms yielding a frisson of deep emotion (with Timothy Jackson flawless in those cryptic horn-calls), and if the finale’s Andante introduction was arguably too slow, its brooding equivocation again made for a palpable contrast with the increasingly fractious Allegro – the references back to the initial music precisely integrated with the resumption of the latter to steer the work through to its decisive close.

An impressive performance, then, but a pity this audience had been so restless during the performance, and not least at the start of the last three movements while ‘settling down’ after its bursts of clapping. Have those who blithely encourage applause between movements ever given this a thought?