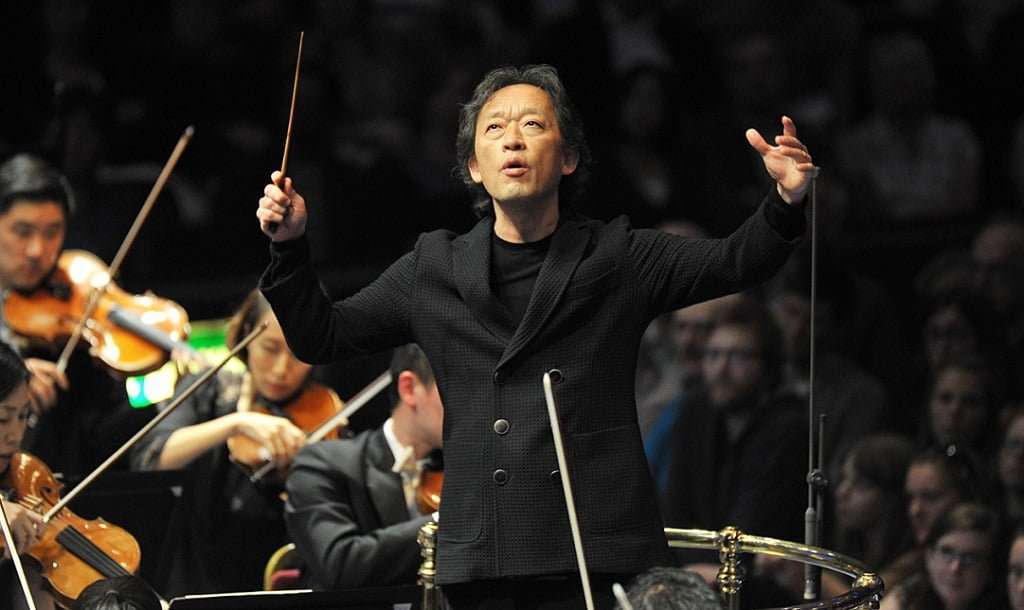 Under its music director Myung-Whun Chung, over the past ten years the Seoul Philharmonic has successfully been buffing up its international reputation as the Far East’s best orchestra; surprisingly, though, this was South Korea’s main cultural export’s Prom debut. Chung, who has been working hard to forge musical relations between his homeland and his dysfunctional northern neighbour was here minimally interventionist during performance, but you never felt that he was giving the orchestra its head.

Debussy’s La mer showed that off clearly. The strings delivered a homogenous sound of great refinement but of reduced palette. The woodwind solos had more personality, and there was some big, forthright playing from the brass, but Chung’s tendency to differentiate strongly between the music’s paragraphs set against a sameness of tempo lowered the impact of Debussy’s magical rapid-response dispersal and regrouping of material that gives the music its vitality. You could hear everything – the baroque-flavoured ostinatos in the strings, the sudden curls of woodwind colour, exquisite harp and percussion highlights, even a ‘Jaws’-like throb galvanising the third Sketch; the playing, though, was at one-remove from Debussy’s painterly titles, more generically symphonic than brazenly elemental. 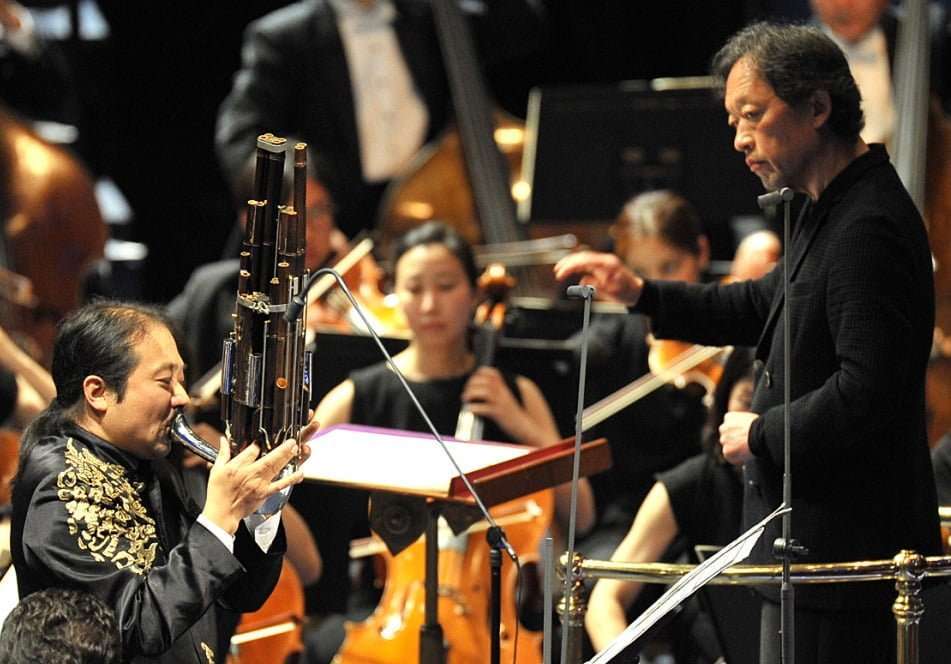 The South Korean composer Unsuk Chin has been composer-in-residence with the Seoul Philharmonic during much of Chung’s directorship, although she has lived her adult life in Germany, since her studies with Ligeti in the 1980s. Šu (the name of the ancient Egyptian air-god) is her concerto for sheng and orchestra, first heard in Tokyo in 2009, and in the UK in Edinburgh in 2011 and London in 2012 (with the BBC Symphony Orchestra), all performed by the Chinese virtuoso Wu Wei. The original sheng – the instrument goes back 4,000 years – could only play single notes, but the modern version has the Western chromatic range and can play chords. It’s still a bundle of reed, but much bigger, and in this hybrid form can sound like a one-man recorder consort, an accordion or a set of bagpipes, while still evoking an oriental soundscape familiar from many an Asian film soundtrack. 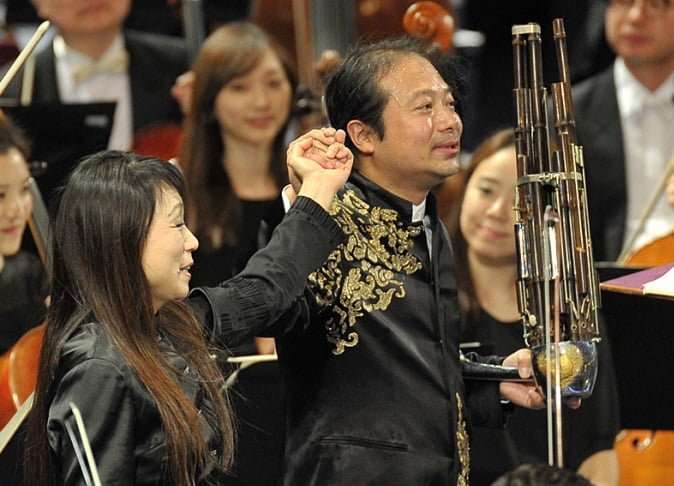 Wu Wei, his face masked by his instrument, is a phenomenal player, with a distinctive repertoire of technical effects at his command, and Unsuk Chin’s west-biased fusion score played to his strengths in the concerto’s flowing narrative. The orchestra’s role is beautifully detailed and was played with a fine ear for the sheng’s eerie fragility and volatile pitch, a sound that emanates rather than asserts. The closing antiphony between a string sextet in a box on the far side of the auditorium for a moment recalled Schoenberg’s Transfigured Night and was very much in the spirit of Šu – a spell dissipated by Wu Wei’s strident encore, his own Dragon Dance.

It was back to the rather homogenous sound for Tchaikovsky’s ‘Pathéthique’, in a performance that only got the point of the Symphony’s emotional cause and effect in the last movement. Everything was in place for the opening, including a splendidly morose bassoon solo, everything, that is, but the lacerating gloom, and the black vacuum of despair at the heart of the first movement didn’t register high on the Richter scale. The three-legged waltz and the march, both of which surely come weighed down with epic emotional baggage, were played with well-drilled panache – the third-movement particularly so, to the extent that Chung joined in applause long enough for many of the audience to call it a day – but as far as Mahlerian hysteria was concerned, this wasn’t an issue. The finale, though, with a transformed, engaged orchestral sound, dragged the music into death by introspection, a performance strong enough the render the encore, Brahms’s Hungarian Dance No.1, unnecessary.