“Join the BBC Concert Orchestra and some of CBeebies’ best-loved presenters and characters in a special musical journey.Aimed at 0- to 5-year-olds and their families, this Prom takes the audience on a journey through time and space, from dinosaur adventures with Andy to swashbuckling treasure-hunts with Gemma and stargazing with Chris. The magical world of CBeebies is brought to life by orchestral classics.” [BBC Proms website]

Reviewed by: Martin Anderson with son Alex (aged 6), together with Holly (aged 4) and her mum Zizi 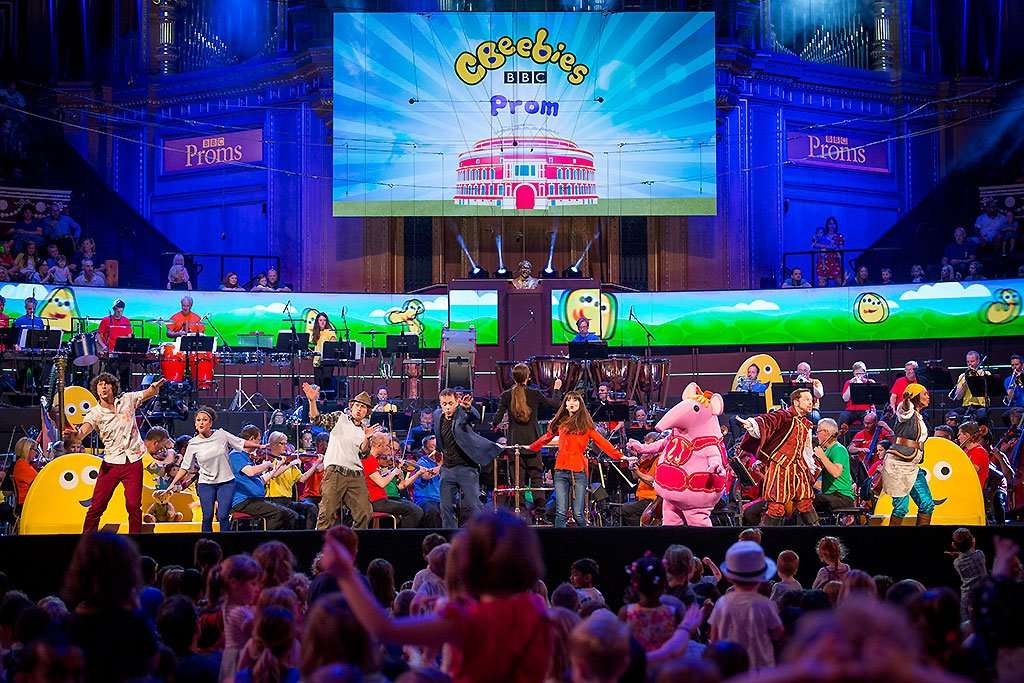 Alex began his Promming career two years ago, at the age of four – seventeen years younger than I was when I began mine, in 1977. In the four decades since then, the Proms have lost most of the maverick glee that informed the front rows of the Arena. Some of the traditions remain: when the piano lid is raised, there’s still a “Heave!” from the Arena and a “Ho!” from the Gallery, and orchestral leaders still get a burst of applause when they play that A. But the days when each foreign ensemble was greeted by a shout in its own language (to the visible astonishment of the players) and other co-ordinated chants commented on the music are long gone. So it does my aging heart good to step into that vast space and feel it crackling with the energy it used to know all those years ago – no matter that it emanates from thousands of little people.

It’s also good to know that – for all that a CBeebies Prom bears little relation to those that take place in the evening – the little people in question will eventually be big people and will already feel an affinity with big people’s Proms, even if they feel they are classical outsiders. That’s one of the directions in which our future lies.

But children’s classical concerts are a difficult thing to bring off, and I’ve not yet encountered one which succeeded – though my attendance record is poor, I admit. This CBeebies Prom illustrated the point perfectly. And it’s all to do with focus, or lack thereof. 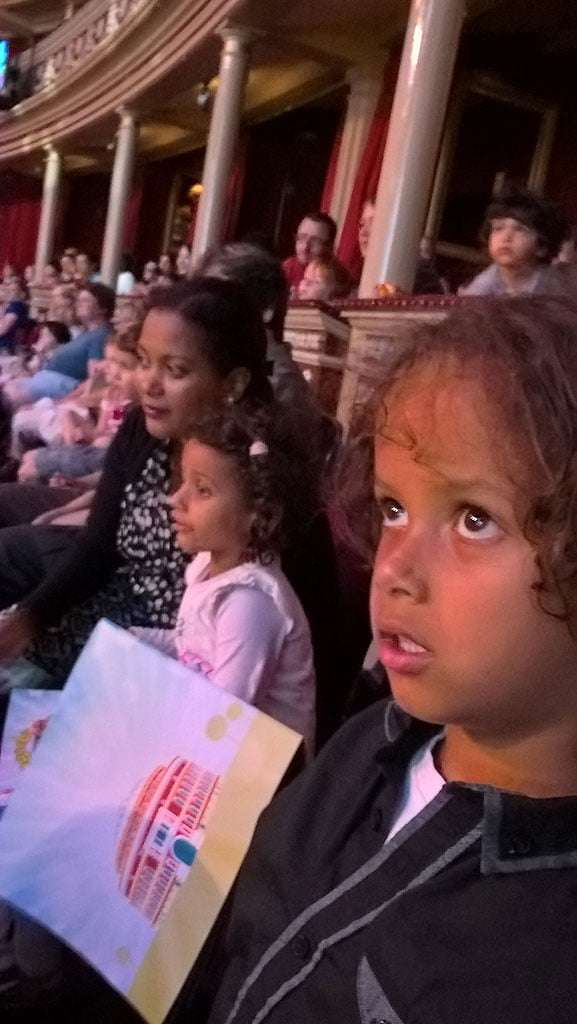 The concert began with the actors on the stage and starting to engage the audience. We need an orchestra, they said, and it duly trooped on, section by section, stood up and played. There’s a good idea, I thought, until I realised that no one could hear them or was paying attention in the first place. But a film presentation of the music and characters from favourite TV shows brought loud yells of recognition (not from me: I was out of my depth here).

The basic format was a kind of rondo, with Mr Tumble (on film) alternating with (parts of) some classical favourites: the third movement of Beethoven’s ‘Pastoral’, Korngold’s The Sea Hawk, the ‘Dance of the Knights’ from Prokofiev’s Romeo and Juliet, Max’s Orkney Wedding and Sunrise (well, the Sunrise bit, and they loved the bagpipes), the opening of Also sprach Zarathustra and Arturo Márquez’s Conga del fuego (I think) to round it off.

Now, when the kids were asked to shout at Mr Tumble or stand up and stamp or swing their arms and other familiar routines, they were all there, volcanic in their excitement. But they switched off as soon as the music re-started – because the programme had no central choreography. There were two screens above the stage, one of them duplicating the image of another to the left of the organ. Sometimes the action was on the stage, and then some of the actors would disappear into the audience, to be picked out on one of the monitors. Alex didn’t know where to look and so it soon lost his attention; three-year-old Holly took it all in her stride, perhaps because she wasn’t looking for continuity.

The presence on the platform of William Shakespeare in his 400th-anniversary year was just so much clutter, as was most of the rest of the script. It needed to be much simpler, the messages clear and engaging. And all sorts of opportunities were missed. No one asked the audience to sing along with any of music’s big tunes, for example. When I was about fifteen, in my home town of Crieff, I went to hear one of Joseph Cooper’s lecture-recitals; his subject was Beethoven. He played the beginning of the slow movement of the ‘Appassionata’ and then asked us, the audience, to hum it, unaccompanied. I was probably the youngest person in the hall; it seemed everyone else was an old lady in her sixties or seventies. But hum it we did, and half a century later it remains one of the most moving musical experiences of my life.

Something like that would have engaged our young Prommers to a degree that was lacking here – never mind the fact that in another half-century they could have told their own grandchildren: “I sang in the Albert Hall, you know.” Not only that – after this morning I can say: “I have conducted at the Proms.” It doesn’t matter that my beat might have been lost in a forest of shorter arms – and no one told me off.