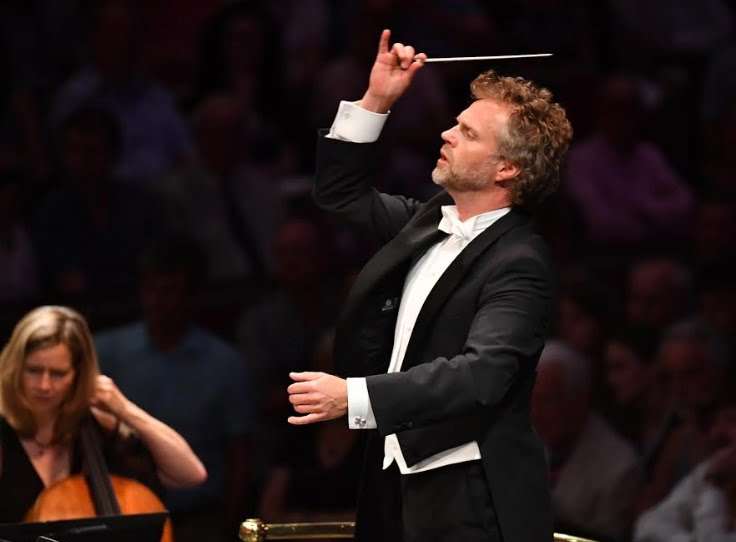 This team’s second helping of Sibelius and Shostakovich at this year’s Proms included a real rarity in the form of the latter’s symphonic poem, October (1967). It is an occasional piece, hastily composed and not especially distinguished, though, as with Mahler, its shortcomings may now be ‘read’ as ironically intended and/or, in the Russian’s case, politically motivated. For a work requisitioned to celebrate the events of 1917, October is initially downbeat and sporadically introverted, but who can say whether its nods to existing material are signifiers of anything more than a composer raiding his back catalogue to meet a deadline. While the ghost of the Tenth Symphony feels too obvious not to ‘mean’ anything at all, most of the short piece sounds like film music, just what you’d expect from a reluctant Party member. The BBC’s online blurb was notably ridiculous, referring to October as “a work whose subversive musical message sees the composer at his most pointedly political.” Off-cut or not the performance was as spirited and tight as that of the Tenth the night before.

Few commentators have ever doubted the sincerity of Shostakovich’s First Violin Concerto, certainly not Nicola Benedetti who has also thought deeply about the long shadow cast by its dedicatee. Where David Oistrakh had the moral authority and life experience to play the work with his “luscious free sound”, younger players feel the need to go further to bring out the terror in the music. “The danger is that we play the fast movements with the ugliest sound we can produce and then play the slow movement with absolutely no vibrato, as if we are actually dying on the stage.” There have been some peculiar solutions recently, including a recording by Frank Peter Zimmermann which set out to give us the music come scritto before Oistrakh got to it. 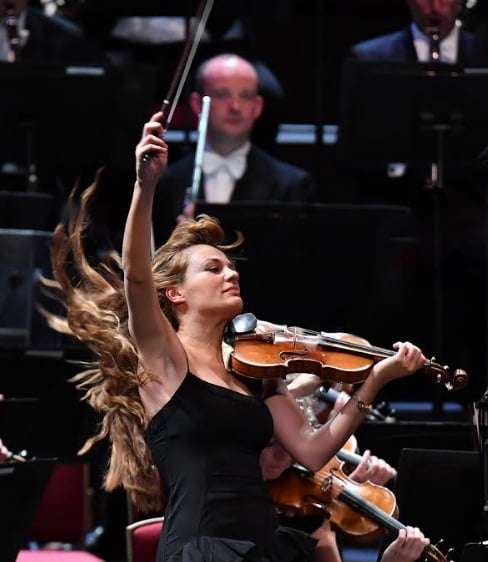 Benedetti’s ideas proved more sensibly mainstream; she may lack the tonal clout of Soviet exponents but it would be unfair to characterise her view of the music as merely poised and flowing. Having put real anxiety into the singing line and abortive climaxes of the ‘Nocturne’, the ‘Scherzo’ was daringly edgy. Others have found more weight in the third-movement ‘Passacaglia’. Still, Benedetti built the tension her own way at a relatively swift tempo. It helped that Thomas Søndergård and BBCNOW were active collaborators rather than retreating to a grey middle distance. After an intensely felt cadenza that reached fever pitch as it lurched into the ‘Burlesque’ at top speed, Benedetti eschewed such stunts as allocating its opening tune back to the violin. The hysteria was palpable, precluding absolute crispness perhaps but perfectly apt. Throughout, the violinist impressed with her unaffected emotional sympathy as well as her fine tuning and variety of sound and articulation. The orchestra was well drilled though Søndergård may have been over-cautious in his quest for perfect balances, sometimes dampening down climaxes a little too much as if worried about Benedetti’s ability to project in such a large hall.

Despite any number of intrusive coughers Benedetti gave an encore, most sensitively done even when something heavy was dropped towards the end. It was Robert Burns’s ‘Auld Lang Syne’ as first published with a slow and haunting traditional melody, not the one now associated with New Year celebrations and the Last Night of the Proms, “a little gift from Scotland” as Benedetti announced, and arranged by Peter Limonov.

Sibelius has been a major feature of Søndergård’s relationship with BBCNOW but on the basis of the previous night’s lucid but determinedly bland account of the Seventh one wondered whether his Second Symphony would cut the mustard. This is a work which gripped the popular imagination of the twentieth-century for socio-political as well as musical reasons, becoming one of the most popular symphonic statements of the age. However, reputations wax and wane. Witness the virtual exclusion of Sibelius from Richard Taruskin’s Oxford History of Western Music. Played more or less annually at the Proms between 1936 and 1964, the Second disappeared altogether for the next fifteen years, its reputation sustained by the record-buying public. It has made a comeback yet still lags behind the Fifth.

Søndergård’s interpretation came across as fresh, at least for a time, less domesticated than his Seventh for all that the music’s idiom is more traditional. The first movement was kept on the move with a reasonably clear sense of direction and spruce textures. The lack of cumulative power and tension was more obvious in the second movement, not without some ferocious climaxes but never really given the rhetorical thrust it needs to convince as a structure. The third was notable for its swiftly paced scherzo-element albeit, like the Finale, ultimately too soft-grained and polite. In the programme booklet Daniel Grimley’s composer profile referred to the way “the composer’s songs and choral works responded intensively to the rhythmic patterns and inflections of the Finnish language” – quite a feat given that most of the songs are in Swedish but one can see what he was driving at. When conductors make the Finale’s second subject follow the nuances of Finnish speech the tune sounds more reticent, fragmented, less standard-issue heroic: notes that once seemed to be upbeats to the bar following are rendered as unstressed Finnish phrase endings. While it wasn’t always clear that Søndergård was inclining to that course, his restraint again tended to mute the drama, delivering cultured music-making in lieu of searing Romantic or National affirmation.