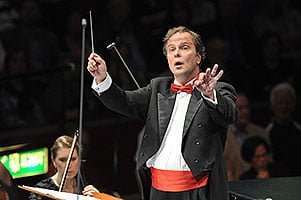 César Cui has a lot to answer for. His critical response to Rachmaninov’s First Symphony was devastating: “If there was a Conservatory in Hell, and one of its talented pupils was asked to compose a programmatic symphony based on the Seven Plagues of Egypt, if he were to write something resembling Mr Rachmaninov’s symphony he would surely have arrived at the perfect solution”. It stung the young composer so much that he required therapy to make a successful return to composition. But recover he did, the immediate result being the Piano Concerto No.2. 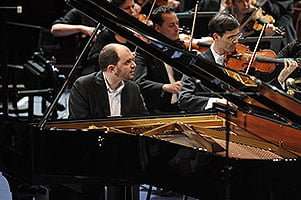 Kirill Gerstein was the soloist. So often the Rachmaninov is played with barnstorming brilliance which can threaten to miss the poetic introspection in the concerto. Eschewing bravura, Gerstein offered an intensely lyrical, relaxed performance. He allowed events to unfold naturally, turning in a coolly classical account, refreshing to hear. His approach, however, wasn’t always shared by the conductor, which should have been Jiří Bělohlávek, the BBC Symphony Orchestra’s outgoing Chief Conductor (he steps down at this year’s last night of the proms), but illness forced him to give way to designate Sakari Oramo (who takes on the role at the first night of next year’s proms). There were times when Oramo attempted to inject drama into proceedings but Gerstein resisted engaging in battle until the concerto’s closing pages. Pluses on the orchestral side included fine flute and clarinet solos, while the debit side concerned a cello section which sounded undernourished at times. Gerstein was persuaded to offer as an encore Earl Wild’s Etude on Gershwin’s I got rhythm, which was quite brilliantly dispatched, full of wit and sparkle.

The Prom opened with music by Hong Kong-born Fung Lam, born in 1979, who has studied with Martin Butler and Michael Finnissy. Endless Forms is inspired by a phrase at the end of Charles Darwin’s The Origin of Species. Its material evolves from melodic fragments which grow and transform as it passes through a modestly-sized orchestra. The 14-minute work opens with zigzagging chromatic ascents and descents – its musical DNA – tracing a journey from darkness to light. The material unfurls gently, fragile and somewhat sombre in character. The secondary theme is most attractive, anxious strings leading to a beautiful melody over oscillating woodwind before the piece concluded with chiming bells resonating through the Royal Albert Hall’s spacious acoustic. 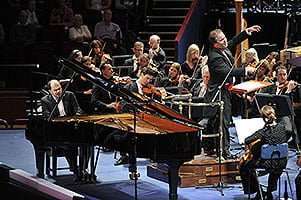 Prokofiev’s orchestral writing also has its own DNA. Although the Sixth Symphony is not overly familiar to concert audiences, anyone familiar with his ballets will easily detect the composer’s fingerprints, the street brawls between Montagues and Capulets, the threatening midnight chimes from Cinderella and the long, aching phrases, loaded with ardour, from beneath Juliet’s balcony.

Oramo conducted a thrilling account of the end-of-war symphony, brutal in character when required, with the incisive brass on fine form, bar a few smudges. The gorgeous cantilena for four horns, accompanied by celesta and harp, was a highlight of the second movement, along with its great sweeping melody. While the opening dissonant chords of this movement didn’t have the ‘crunch’ of the finest accounts, the BBCSO had more weight here than in the Rachmaninov. The finale, switching to the ‘happy’ key of E flat, opens with an insouciant air; Prokofiev at his most perky which, although bracing, doesn’t achieve the same danger or sardonic tone Shostakovich manages to in his ‘cheerleading’ music whilst thumbing his nose at the Party, until the final bars where something more threatening emerges. Oramo’s tight grip on the score and the performance he drew from the BBCSO, underpinned by rhythmic precision in the percussion, augers well for his forthcoming stewardship of the orchestra.