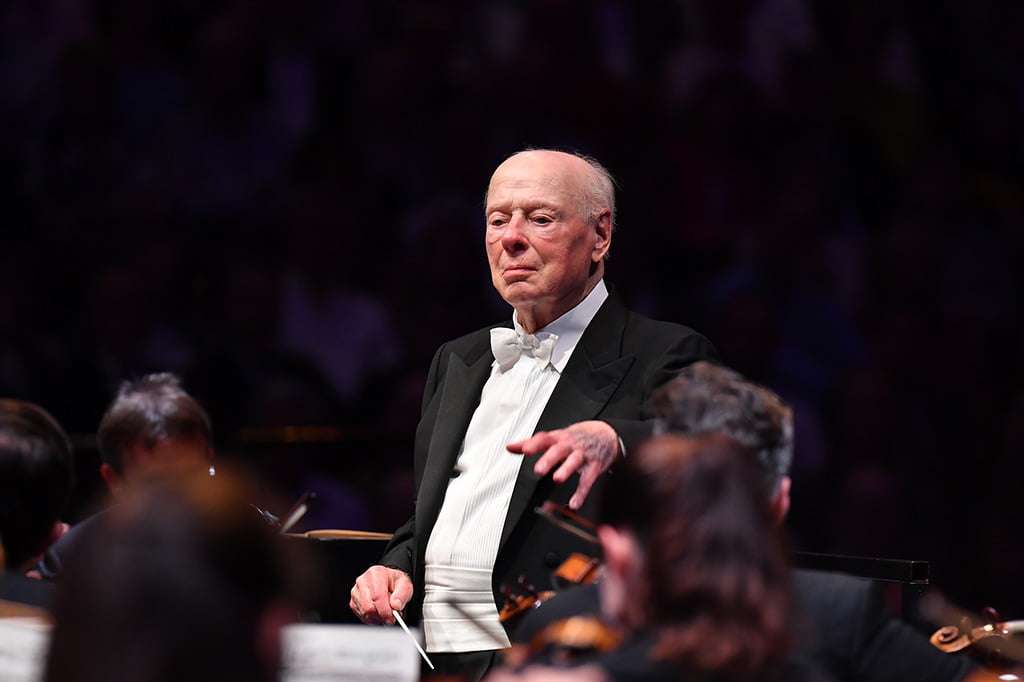 At the end of his biography at the back of the printed programme, there was a neutral statement that Bernard Haitink would be taking a sabbatical after this season. This Prom, though, was the ninety-year-old maestro’s farewell to UK concerts, and his Lucerne appearance (September 6) marks his retirement following a sixty-five-year-long career.

To many of the older generation – and not just in the sold-out Royal Albert Hall – Haitink has been a crucial opener of ears to the Romantic repertoire – and especially to Bruckner, as an infallible guide since the 1960s. Whatever this great symphonist conducts – he is not, it is fair to say, an opera animal – he lets the truth steal upon us. To paraphrase the role of the Pope, he is the servant to the servants of music, and is thus its master.

Haitink’s pragmatism and enabler of refinement gets inside the music to an extraordinary degree – to the extent, and in Bruckner supremely so, that the listener becomes part of the spiritual audacity, stillness, confidence, nobility and self-doubt of his creative process. It takes a special brand of imagination, steel and self-effacement to arrive at this profound point, and now it will be down to memories and recordings to register the stature of this least flamboyant and most honest artist. 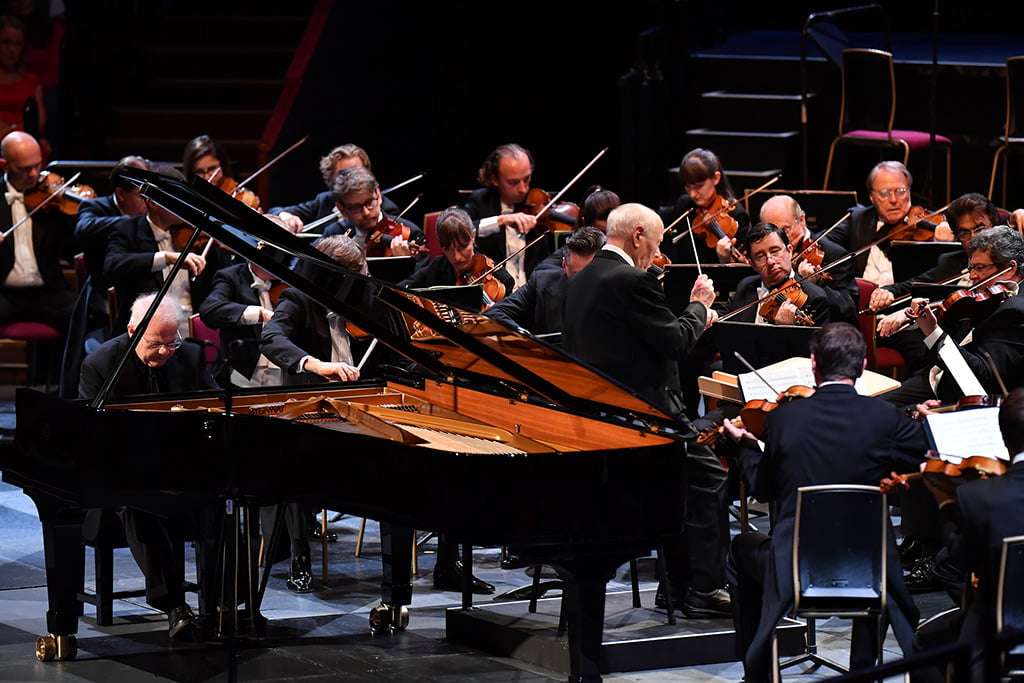 Emanuel Ax (in place of Murray Perahia) was completely part of this aesthetic in a beautifully poised account of Beethoven’s G-major Piano Concerto. The fact that Ax spread the piano’s – and, unconventionally, this work’s – opening chord was itself a statement of intent that embarked on a quietly magisterial survey of the implicit and intimate in this Concerto and lifted a curtain on the soloist’s endlessly subtle relationship with the orchestra, in which Haitink and the Vienna Philharmonic met him more than halfway.

Ax revelled in the music’s opportunities for delicacy and lyricism, and knew precisely when to add a dab of Fidelio-like glint and penetration to a rapport that got mysteriously close to both the visual and the conversational in the first movement. But I was not expecting the depths that he and Haitink uncovered in the slow movement – you wondered how Ax’s eventual and miraculously understated mastery of the orchestra (Orpheus pacifying the Furies) could lead to such a keenly observed absence of resolution and then to a closing expression of grief of Parsifal-like intensity. The poise and brio of the Finale was a relief.

As an encore, Ax played Schubert’s A-flat Impromptu, D935/2, as much a bridge from Beethoven to Bruckner as a tender compliment to the conductor.

As with Wagner and the opening to Das Rheingold, it’s said that the serene opening to his Seventh Symphony came to Bruckner in a dream, and an out-of-body quality drifted through the first two movements. Haitink’s approach was, as usual, forthright, led by a notably translucent, frictionless sound from the Vienna strings, antiphonal violins surrounding violas, cellos and eight double basses for a particularly homogenous voice. Brass volume and timbre never pounced, the Wagner tubas added a hint of edge to the Adagio’s mourning, and woodwinds implied rather than stated pastoral pleasure in the Scherzo’s Trio. 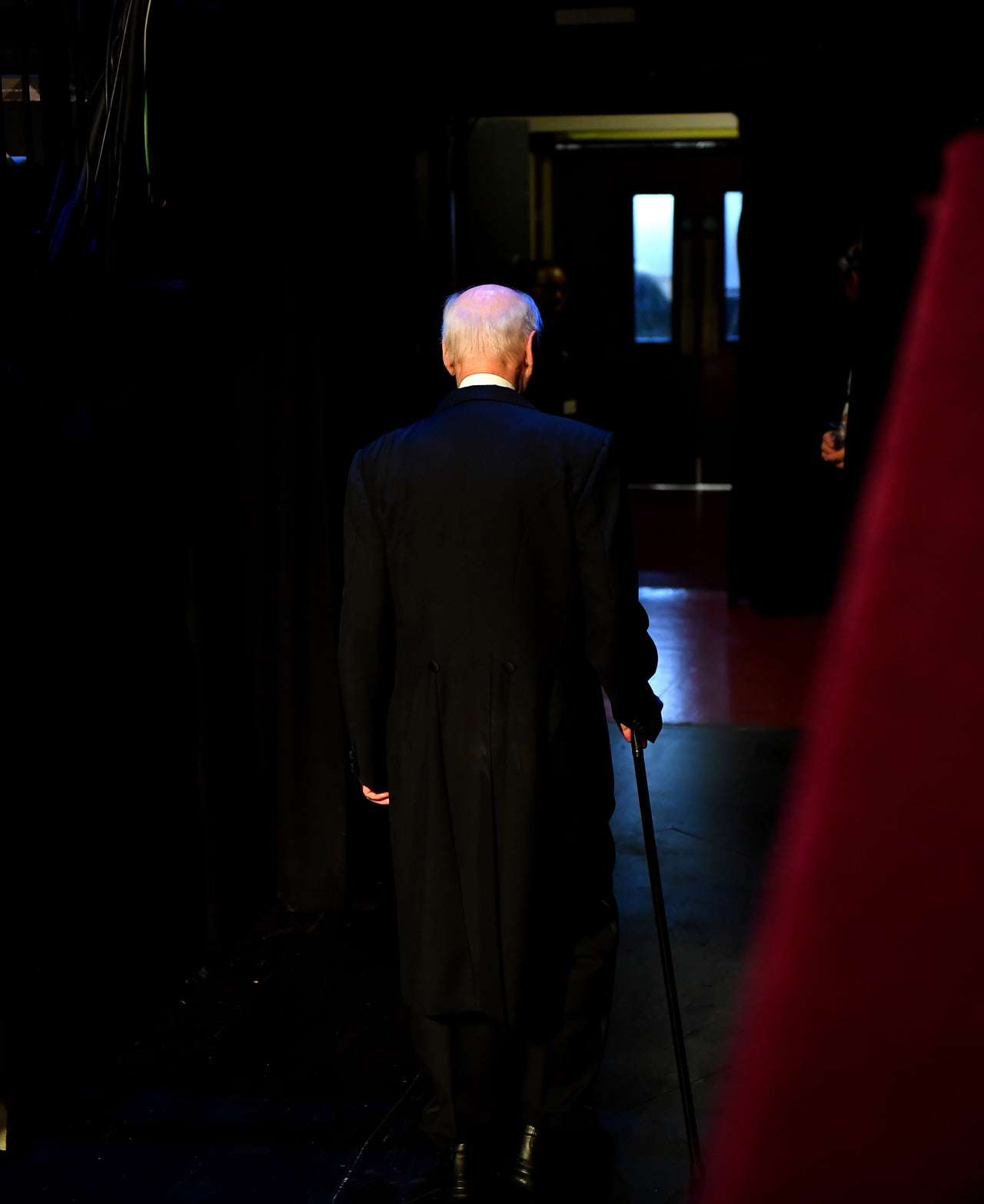 Brucknerians will have heard a more layered result from other conductors, but the sonorities suited Haitink’s organic overview, the main purpose of which was to make Bruckner’s progress of statement, contrast and development cohere. This worked wonders in the Adagio’s central sequence of ascents, so that the music’s advances and retreats were compellingly clear, with the cymbals-and-triangle-coloured climax combining inevitability, release and surprise in equal measure.

Haitink has developed an unassailable logic in laying out the Finale’s rotation of material in a way that has an escapist lightness of being underpinned by a gathering sense of wholeness, and this performance proved how thoroughly he understands Bruckner and his perceived final-movement ‘problem’, delivered by an economical, energising and communicative technique that gave the illusion of him ‘playing’ the orchestra – and everything he proposed the VPO fielded with suave compliance.

With so much to listen out for, this never felt like a farewell performance; rather work in progress, which made this concert all the more poignant and memorable. Haitink occasionally rested on a stool on the podium, with the score on the stand unopened. And every time I have seen Haitink conduct, I forget the impact of that deft, hugely eloquent gesture he makes with both hands to indicate that he has finished, at which point the impressively attentive audience went wild with applause as this frail giant, supported by co-concertmaster Volkhard Steude, absorbed a standing ovation.