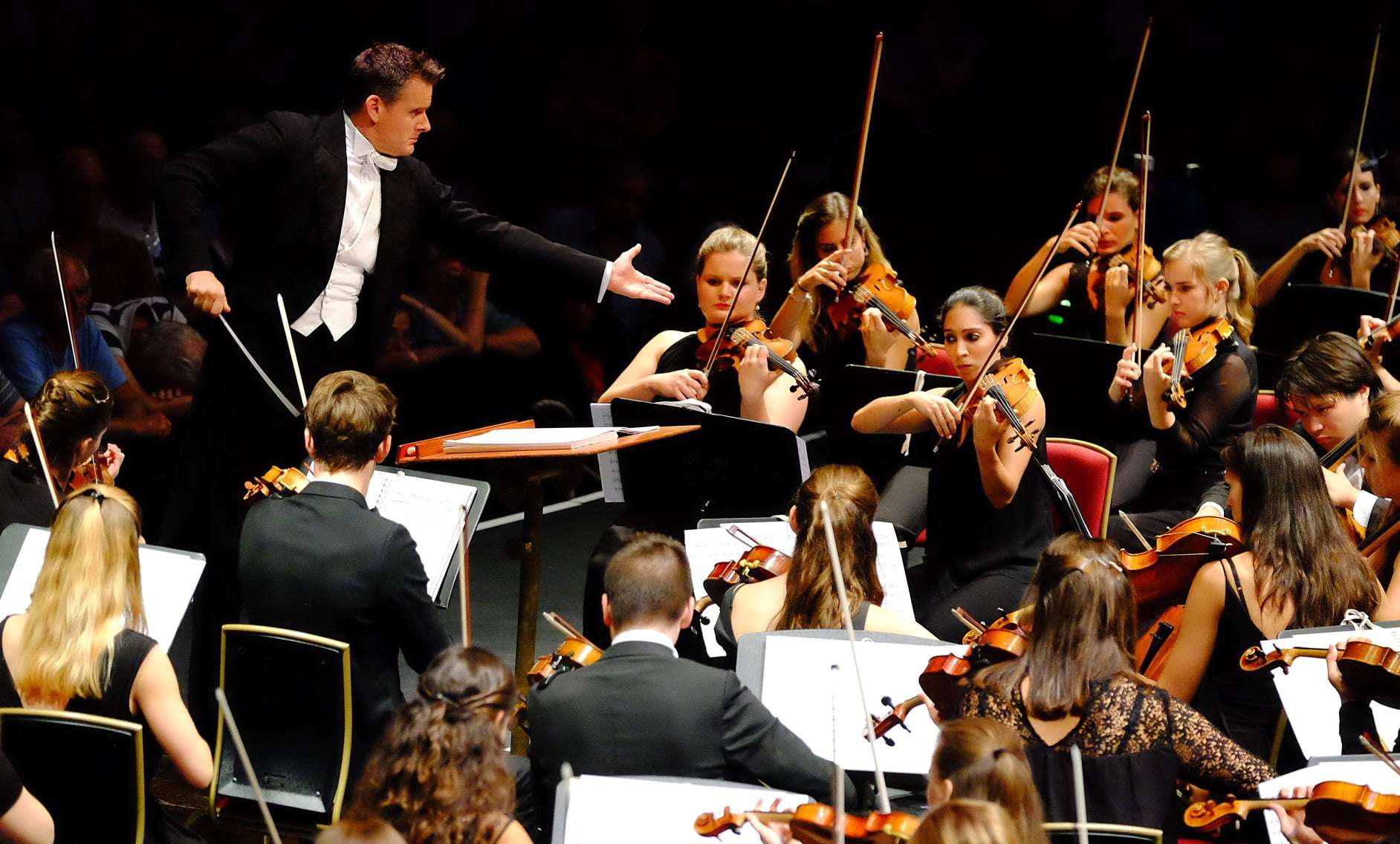 While both works in this Gustav Mahler Jungendorchester’s Prom are profound reflections on the end of life, when a hundred or more youthful musicians turn their thoughts to death there’s a fear that adolescent angst will triumph over sombre contemplation. In the end it didn’t, of course, and such disappointments as the concert contained originated as much from other sources as from the players themselves.

With regard to the string-sections alone, Philippe Jordan faced a daunting challenge in marshalling such a vast contingent through the choppy seas of Bruckner’s Ninth Symphony (presumably given in Leopold Nowak’s 1951 edition). The Swiss maestro’s solution was to be a disciplined pedagogue. He employed scrupulous eye contact and a baton devoted to phrasing while the left hand looked after the dynamics. This managerial approach kept things tidy and was possibly the only practical solution in the circumstances, but it came at a cost. Drilled excellence was impressive, but there are times in Bruckner’s symphonic farewell when the indefinable is required. Where were the bold sweeps, the unearthly awe, and the moments of heart-stopping effulgence? Granted, the ten double basses quaked the foundations like a chorus of timpani; but the uppers strings sounded angelic even when they ought to be digging deep and probing the score’s inner meaning.

At least Jordan scotched any sense of the Ninth seeming like the bleeding stump of a longer work. Unfinished it may be; incomplete it is not – to the ear at least. The absence of Bruckner’s intended Finale leaves us with a satisfying three-movement palindrome, its central Scherzo-Trio-Scherzo a second palindrome within that. The third movement, Adagio, is a mosaic of musical arguments and self-quotation that goes through myriad colours until the mood stills into a conclusion of Mahlerian finality.

Internal balance was surprisingly good considering the crowded platform, and the contributions of Julia Bojarinaité (flute) and Martin Danek (oboe) were captivating. If the quartet of Wagner tubas didn’t always integrate happily into the texture it’s because Bruckner set these youthful players (not to mention plenty of older ones!) a challenge too far. 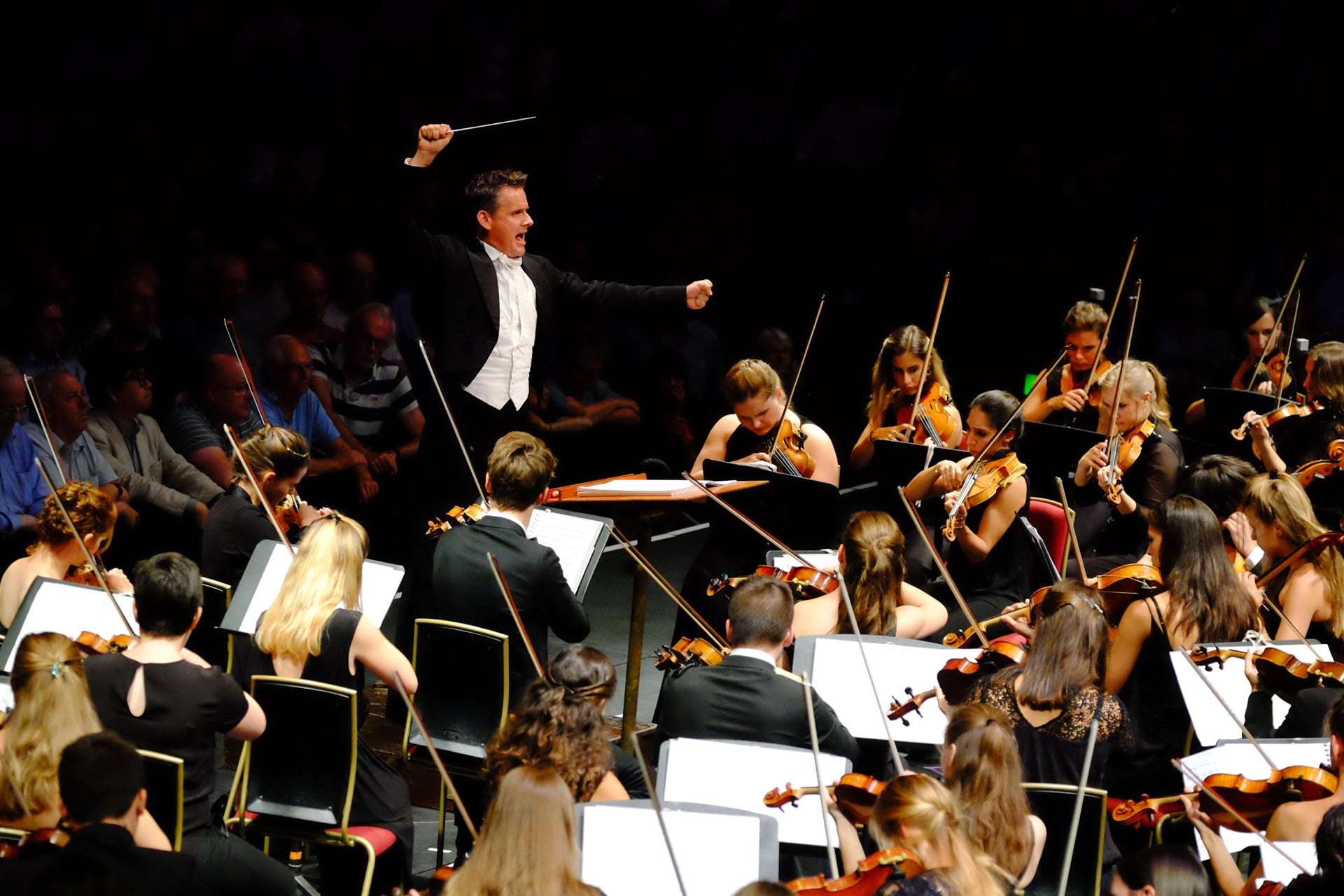 The concert had opened with a reading by Christian Gerhaher of J. S. Bach’s Ich habe genug. This extraordinary call for death’s release can be shattering, but in the German baritone’s account it felt more like a meditation and as such was something of a disappointment.

Jordan recruited seventeen of his best young players to give a pristine account of the accompaniment, their aural vellum illuminated by an exquisitely phrased obbligato contribution from Bernhard Heinrichs (one of the GMJO’s tutors); but Gerhaher’s mellifluous delivery was insufficiently projected for it to feel like a shared performance. He made little attempt to fill the Royal Albert Hall; instead he invited listeners to come and get it if they wanted to. A quiet performance then, one that rendered the Cantata’s mood of faith and finality, but as a musical cry from the heart it was bland.