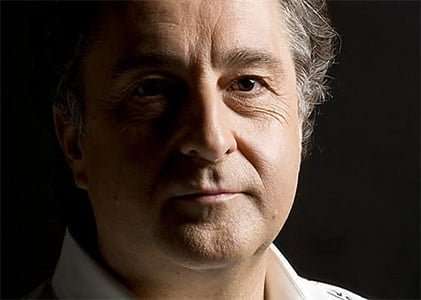 The main Prom opened with three Stravinsky vignettes, further contrasted with his Petrushka at the end of the evening. Scherzo à la russe, originally scored for Paul Whiteman’s Orchestra (jazz band), was here in its ‘symphony’ guise in a bright and breezy outing, Josep Pons slightly more interested in the squeeze-box imitations that sometimes masked the tune. A similar fate of imbalance befell Petrushka (a shame, by the way, not to use the preferable and more opulent orchestration of 1911). The outer tableaux could be leaden at times, and under-characterised, a Shrovetide fair less bustling than usual, and quite often details that accompany were spot-lit at the expense of ‘top lines’. The interior worlds of the middle tableaux were more compelling, and if there were moments of uncertainty along the way, then Daniel Pailthorpe was a magic flautist and Elizabeth Burley brought thrust and glitter to the all-important piano part. The two a cappella settings had been spun as musical gold; Ave Maria was sweet and soothing, wearing its liturgical quotient lightly (following which indiscriminate clapping ruined the contemplative mood), and Our Father (Pater Noster) was a little more austere, the composer’s Slavic roots underlined. The congregationally gathered BBC Singers gave wonderful renditions under Pons’s discreet direction.

The centrepiece of the concert was a magnificent account of Brahms’s Violin Concerto. From the off, with cellos and horns perfectly balanced, there was a real sense of expectation in what proved to be a tailor-made accompaniment for Frank Peter Zimmermann’s vital, edgy and sweetly expressive exposé of the solo part. The sound of his violin carried effortlessly into the vastness of the Royal Albert Hall lauding Zimmermann’s impeccable and absolute playing, stressing the passion and logic of Brahms’s invention, the first movement culminating in Joachim’s ‘standard’ cadenza (there are several choices at this point) that was fiery while being integral. The BBCSO was so considerate and complementary (lucid and warm), and woodwind solos floated forward, not least Richard Simpson’s exquisite oboe contribution to launch the slow movement. 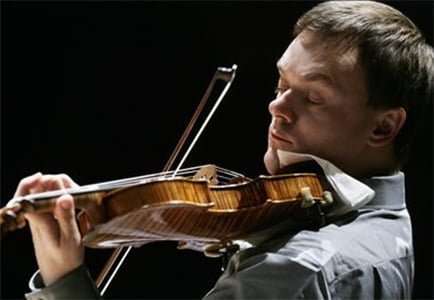 The finale was not force-fed but swinging, Zimmermann and Pons trying to out-sforzando each other, not as a battle of wills but as collegiate and joyous music-making. In many ways Zimmermann is the epitome of a contemporary clean-cut violinist, but he knows the old-world charms of his forbears and there were some nice laconic touches to sign-off with. Not all encores are appropriate. This one was, the ‘Preludio’ (the one Rachmaninov transcribed for piano) from J. S. Bach’s E major Partita (BWV1006) given with unflinching machine-like execution by Zimmermann yet leavened by numerous changes of dynamics and an expressive ‘turn’ just before the end. It was an exhilarating envoi to an immensely impressive account of the Brahms, here revitalised.

Otherwise the evening belonged to German composer (born 1965), Charlotte Seither. In the early-evening Portrait she talked with Andrew McGregor (BBC Radio 3) about what he termed her “extraordinarily detailed” music. He dealt deftly with her sometimes oblique responses, following them up pertinently while allowing her full vent and also ensuring we got to know about the chamber pieces being played. Minzmeissel (Seither’s invented word: mint chisel) is after Kafka, “problematical” to set him to music she said; the result a five-minute piece that proved strangely alluring, intense, fragmented, breathy – whether sound or syllable, or a silent open mouth, they carried much import – Catriona Morrison unfazed by the vocal demands and Ed Cohen cooking inside a piano differently ‘prepared’ to John Cage’s recipes – I don’t think that he ever used a bag of lentils or sandpapered the piano wires. Seither likes instruments because they have to be played by people. Seul avec des ombres (Alone with the shadows), written for the 300th-anniversary of Frederick the Great’s Flute Book (Das Flotenbuch) – she was one of 70 composers commissioned –, is forensically notated even to the point of asking the performer to “think a crescendo”. Micro-managed, yes, but with room for the player to be an individual in reaction to the score, which over four minutes packed many effects and echoes; a recurring rebarbative gesture would have called many a dog and the ‘distant’ writing was simply remarkable, so quiet. Stylistically Debussy’s Syrinx was occasionally called to mind while outstripping Varèse’s Density 21.5 in terms of advancement. Lee Holland and her flute seemed to have the music sown up. 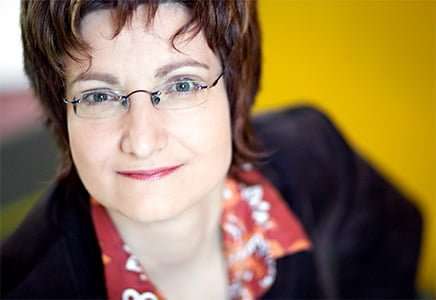 Finally in the recital the first of Seither’s Water, Earth and Air pieces, one with Italian resonances, right back to Monteverdi, and which also brought out relationships with the music of Luciano Berio (acknowledged in her biography). Morrison, Holland and Cohen returned, the former armed with a teaspoon and saucepan lid (you couldn’t make it up), the second-named with a bass flute (rarefied) and the pianist ready for more unusual tones, and first appearances for Heather Nicoll (bringing the earthy timbre of a bass clarinet) and a couple of percussionists, one of whom had a sly blow on a recorder. Fergus MacLeod might have stopped conducting early on when someone’s mobile went off, in this of all pieces where sounds are so subtle and unexpected, and especially given the broadcast later in the evening. But here was another fascinating piece, the voice seeping through as if from centuries ago and the use of instruments confounding the senses (and with an element of Ligeti’s Aventures / Nouvelles Aventures) – which one(s) and where positioned? As an example of sonic manipulation without electronics, this was compelling.

The need to hear more of Seither’s music was at this moment paramount, a requirement duly obliged with the premiere of Language of Leaving in the Prom itself. Scored for a standard symphony orchestra with enough percussion for five persons but no timpani, celesta, harps or piano (gainfully employed elsewhere). The Italian connection continued through the use of words by Francesco de Lemene (1634-1704), the BBC Singers now in a semi-circle behind the instrumentalists, 24 in number, M&F equally divided, although the composer sees them as 12 groups of two. Perhaps inevitably, and certainly in the listening, if you pair voices and instruments as in Language of Leaving (“You will only comfort me if you leave with me and stay with me”), then Berio’s Sinfonia is conjured up, and one of Seither’s preoccupations is that instruments are voices and voices are instruments. The use of Swanee Whistle (piston flute) and trombone glissandos (at other times these instruments were growly) can be derided (and some did, laughing foolishly). But amongst a tapestry of sound there was much that was arresting and thought-provoking – significant or jokey? – and not everything could be heard that was seen (cello slides, for example) but this 20 minutes was enjoyably spent, sometimes wondering how to react to the hypnotic and hallucinatory unfolding of events. Maybe an ancient ritual, the conveying of runic inscriptions, and towards the end the gentlemen of the Singers moved into Plainsong territory following strange, disturbing, even nightmarish orchestral propositions, when the music wasn’t being remote and Tibetan that is; all notated to a fault and reciprocated by Josep Pons and the BBCSO. This commission was a good call.