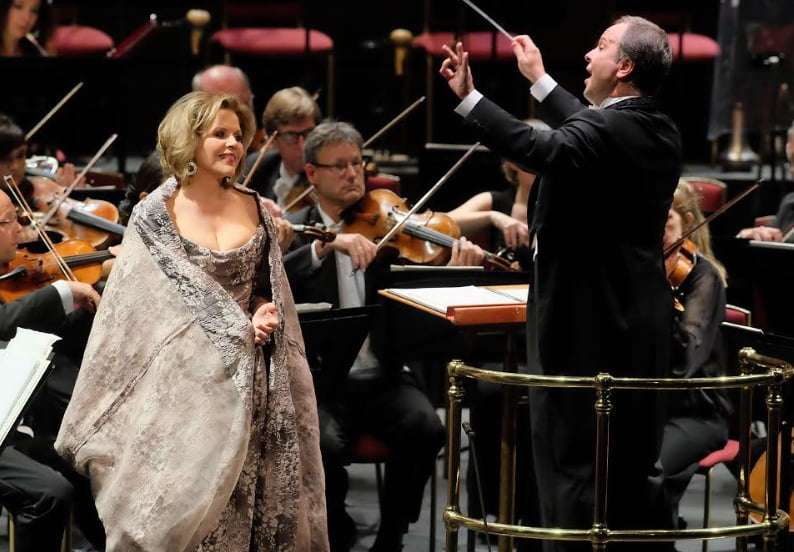 Whether it’s the BBC Symphony Orchestra or the Royal Stockholm Philharmonic, Sakari Oramo is the main man. It was the latter ensemble for the third of Oramo’s four Proms this season, here with Renée Fleming as guest.

Andrea Tarrodi is a Stockholm native (born 1981). Liguria (2012) is her response to witnessing first-hand five small fishing villages located by the Ligurian Sea that are connected via passes through mountains: just the stuff to inspire music, a “walking tour” says the composer. Liguria is more than a postcard home without perhaps being as descriptive as one might have anticipated, despite the powerful waves of sound with which the piece opens, full of percussion crescendos (gong, bass drum), before a doleful cor anglais melody is passed to expansive cellos, then livelier, playful, guiro-coloured and xylophone-mechanistic material arrives before the onslaughts return and the close is of wispy mysteries. Despite attractions, Liguria isn’t quite strong enough as absolute music or in terms of suggesting imagery and atmosphere to sustain its ten or so minutes. 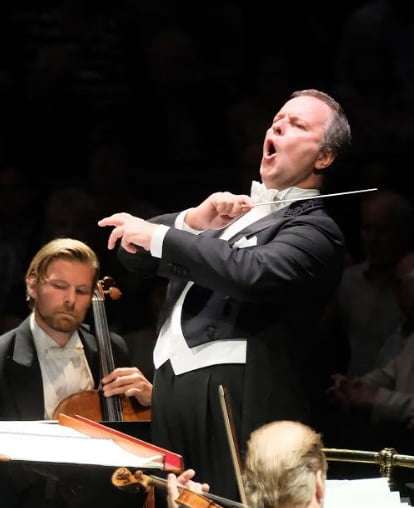 Renée Fleming arrived in gun-metal-grey apparel (so my lady companion advised) for Samuel Barber’s Knoxville (1947/50), another spirit-of-place piece, to a text by James Agee. Fleming narrated as much as sung, and for all that the playing was evocative the opening tempo didn’t always allow for each of the vocalist’s syllables to register (the big venue played its part in losing such detail, although the lovely horn and oboe solos carried effortlessly). Knoxville is drenched with nostalgia, sometimes painfully so, if eloquently addressed in musical terms, yet not as compelling and poignant as it can be (there is a Decca recording with these artists), something rather confirmed by the unexpected extra – announced by Oramo – further Barber, ‘Sure on this shining night’, from his Opus 13 Songs for voice and piano (1938), this third (also to words by Agee) orchestrated and, on this occasion, saying more in two minutes than had the fifteen of Knoxville; indeed it created and leaves a deep impression.

It was a similar story for Richard Strauss. ‘Daphnes Verwandlung’ from the 1937 opera isn’t Strauss at his greatest, for once passed the strangely fascinating start the music looks back to Alpine Symphony and (more pertinently) anticipates Four Last Songs without quite emulating either. Having arrived, the heroine is transformed into a tree (an orchestral depiction) then leaves the stage to sing from afar as if part of the foliage, magical as an effect. It was well done, not least through some beautifully moulded and blended string-playing, but was usurped by more Strauss, his ‘Morgen!’, opened by Andrej Power’s enchanting violin solo and developed to something spellbinding by Fleming. 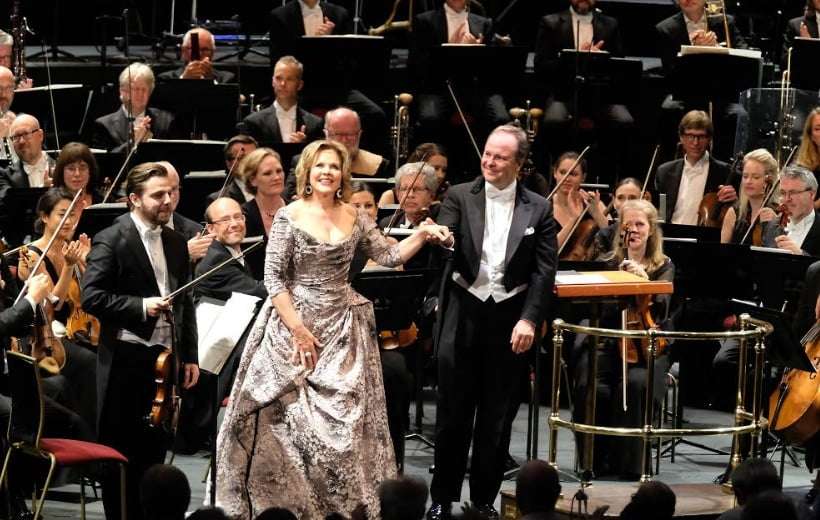 During 2014-15 Oramo conducted Carl Nielsen’s Six Symphonies with the BBCSO, impressive and far-reaching; in December 2014 No.2 was coupled with Rachmaninov’s Spring Cantata and Busoni’s outsize Piano Concerto (review below). Oramo has recorded the Nielsen cycle in Stockholm for BIS, and returning to ‘The Four Temperaments’ (with the RSPO now led by Joakim Svenheden, familiar from his LPO days), Oramo produced an ideal account of this endearing Symphony, which appeared in 1902. Tempos were consistently well-judged: poised yet tumultuous in the ‘choleric’ first movement, made indivisible, as well as potent and expressive; the ‘phlegmatic’ second was poetically shaped, a tune that hangs around the memory with gratitude; whereas the ‘melancholic’ third is heavy-of-heart, introspective (very sensitively realised) and public-sharing (brought off with Hall-filling intensity); and in the ‘sanguine’ Finale, which Oramo launched attacca and avoided further clapping – otherwise this was becoming ‘The Four Soundbites’ – the music was made exuberant and internally combusted without being rushed, and when it was time to reflect it was tenderly done before a joyous and dancing coda was summoned.

We may have had two vocal encores, but at least one from the orchestra would have also been welcome, a little Alfvén maybe as in Proms 2011 (or Stockhausen, although that’s a private joke with a friend), but with the clock ticking down to late-night Chineke! then perhaps any further extras had been prohibited … albeit a shame if so.