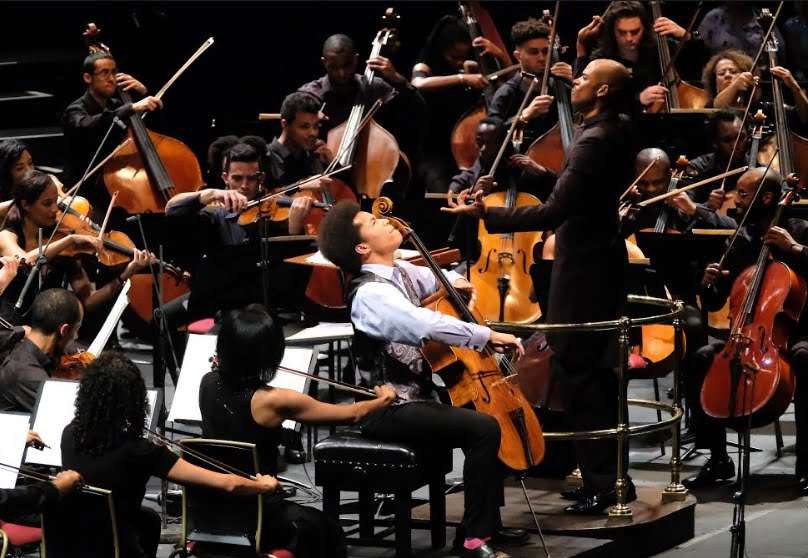 While not the youngest debutant at this year’s Proms (the Multi-Story Youth Choir is that, both in age since foundation and, genuinely, in its members’ young years), Chineke! – Britain’s first BME (Black and Minority Ethnic) orchestra – made its unequivocal debut at this late-night concert (unlike the spurious “Proms Debut Ensemble” ascribed to the Royal Stockholm Philharmonic in the earlier Prom).

With eight pieces crammed into seventy-five minutes, this was like a return to the old style of Proms from Sir Henry Wood’s days. It was a bold conception that worked brilliantly and introduced three new composers to the Proms as well as two soloists and a conductor.

Bookended by two showpieces, the programme fell naturally into a series of segments. After Hannah Kendall’s piece, the spotlight fell on Sheku Kanneh-Mason in two works that also delved back into the history of the Proms. Both Dvořák’s Rondo and David Popper’s Hungarian Rhapsody were both featured in the 1900 Proms season, and the Dvořák then in the 1910 Last Night and in the 2010 reconstruction of that night. There’s no doubt that the Proms should make room for such short pieces, especially when played with such relish and genuine enthusiasm (and on such a nice cello) as Kanneh-Mason did here; there seems little doubt that he’ll be back and often. 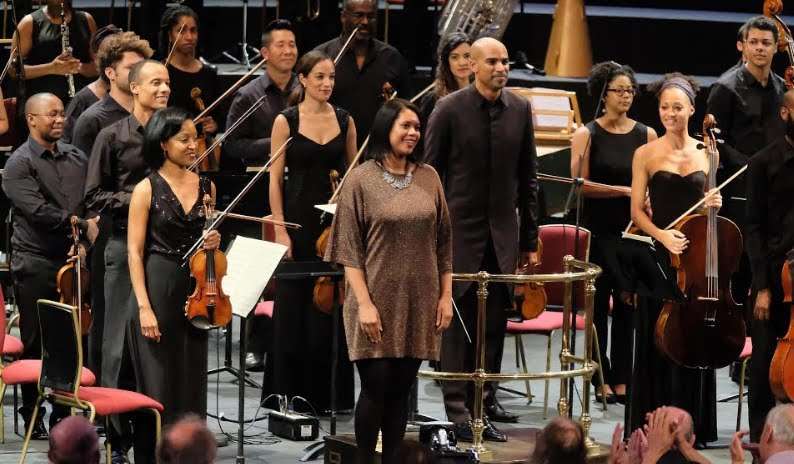 The three orchestral pieces highlighted the individual and collective expertise of the players, authoritatively directed by Kevin John Edusei; tall and suavely attired in a very stylish redesign of a typical tail jacket. The centrepiece marked the Proms debut of ninety-five year-old George Walker – the first black graduate from the Curtis Institute, first black PhD from Eastman School – and his 1946 Lyric for Strings. Often equated with Barber’s Adagio (from eight years earlier) – given that both are string-orchestra versions of slow movements from String Quartets – Walker’s is more warmly songlike, offering a balm of hope rather than one of condolence. It deserves much better visibility on concert platforms, and I would like to hear more of Walker’s ninety major works. 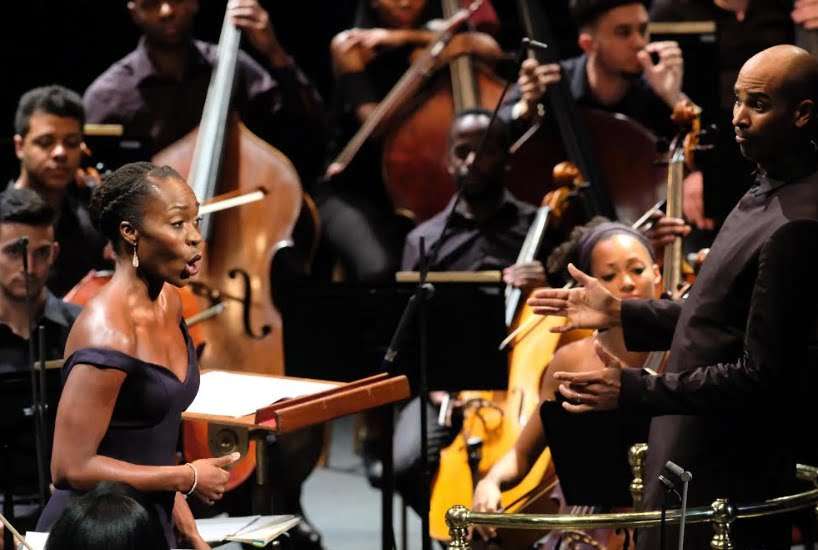 Hannah Kendall – some sixty years Walker’s junior – also made her Proms debut, with The Spark Catchers. Taking her inspiration from Lemn Sissay’s poem about the Bryant & May match factory on the site of Olympic Park, as well as the 1888 London Matchgirls strike, she follows the nine-stanza poem quite closely, with a brazen opening, ending with unison brass, suddenly quieting for a flickering passage, over which an oboe, then clarinet offer longer threads. A glistening section is inspired by Sissay’s ‘Silver Sheen’, eerie and comforting at the same time, before the conviction of the Matchgirls builds into a march and suddenly evaporates into thin air. It’s a confident piece.

To end, Rimsky-Korsakov’s ridiculously infectious Capriccio espagnol, offering a chance for principal players to shine in a succession of catchy solos, from clarinettist Miriam Adams’s slinky opening gambit, via Ruby Aspinall’s ringing harp, to Kelly Hall-Tompkins’s sassy contributions from the leader’s chair. Topping a well-conceived and thrillingly played concert, this was icing on the cake – a guilty pleasure.

Chineke! has a nice presentation, amassing on the stage in effortless efficiency, Edusei arriving with the musicians and bowing collectively. They’ll be back and hopefully bringing more music to the Proms that deserves to be heard.