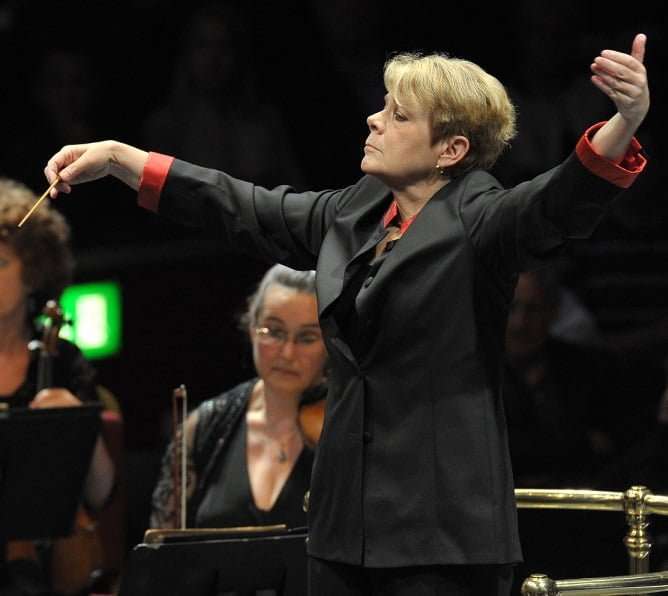 Having given Brahms’s German Requiem and Tragic Overture at the Proms in 2013, Marin Alsop and the Orchestra of the Age of Enlightenment appeared together again this year, demonstrating more diverse aspects of this composer’s output. In featuring the First Symphony as the climax – drawing inspiration from Beethoven’s Ninth – this concert also neatly took up the invocation of the latter work which had been started a few evenings ago with Bernard Haitink conducting Schubert’s Ninth whose finale, like Brahms’s, seems to hark back to the ‘Ode to Joy’.

The OAE’s performances here were generally sound, offering the crispness and subtle shadings afforded by ‘period’ instruments, along with something of the expressive weight and flexibility usually associated with modern symphony orchestras. There were conspicuous idiosyncrasies, or downright oddities, however, which call for comment.

The Academic Festival Overture was give a more humorous reading than it often gets, assisted by the rumblings of the lower brass and woodwinds (a timbral trait which would recur subsequently in this Prom, to more crude effect than in this less serious Overture). But a solo oboe line was shaky, as again it and a clarinet proved in the slow movement of the Symphony, and as other wind and brass sounded elsewhere. Moreover, for all the high spirits evinced in the Overture, the climactic sections were rhythmically stiff. 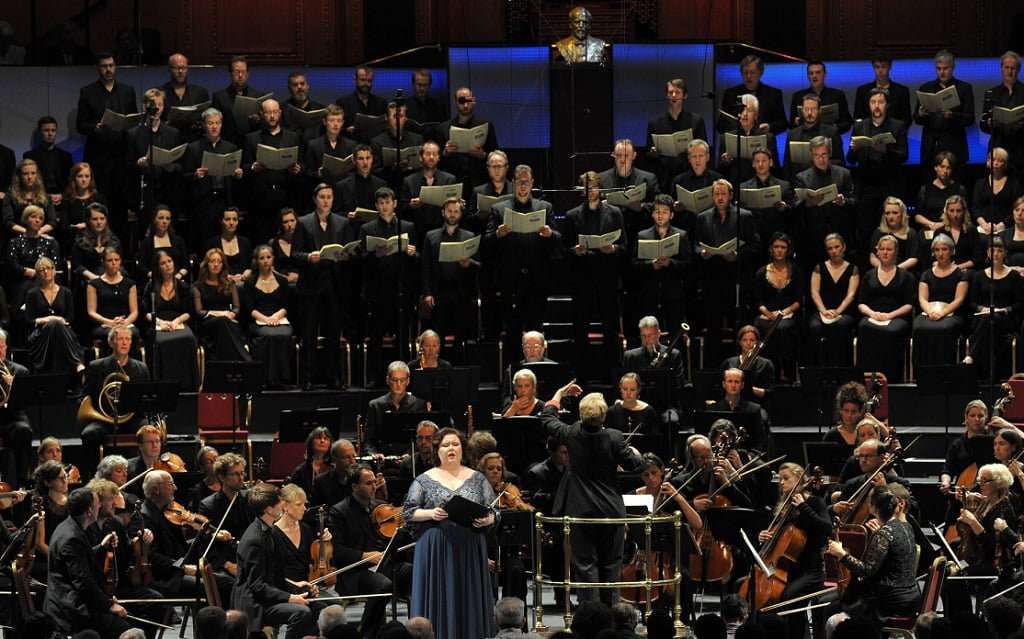 After the brooding instrumental opening of the Alto Rhapsody, the work sounded rather coldly detached. Although Jamie Barton’s singing was clean and precise, there was little modulation of vocal colour (except for the dramatic emphasis on “Menschenhass” – hatred of men). Furthermore, despite the beautiful poise of the threefold delivery by the men of the Choir of the Enlightenment of Goethe’s text, this section seemed more an observation than a compassionate prayer emotionally engaged with the sorrow of the lovelorn man of the poem.

Dr Johnson once commented that “occasional poetry must often content itself with occasional praise”. That would also seem to be true of a work such as the Triumphlied, especially when taken together with the fact that its occasion was to celebrate the German victory in the Franco-Prussian war of 1871, the result having been to consign this composition to obscurity. It is cut from a very different cloth from Brahms’s other choral works (Nänie and the Schicksalslied spring from the same creative spirit as the German Requiem); and although it bears the evidence of his love of earlier music – particularly Handel in this case – its triumphal bluster fails to work up to anything very memorable. Still, this was a convincing and uplifting outing, given due Handelian breadth, and the choral parts (utilising the full choir) were well integrated. In the brief baritone interjections, Benjamin Appl sounded overstretched. With their assurance in this score, perhaps Alsop and the OAE might turn their attentions to Brahms’s cantata Rinaldo. 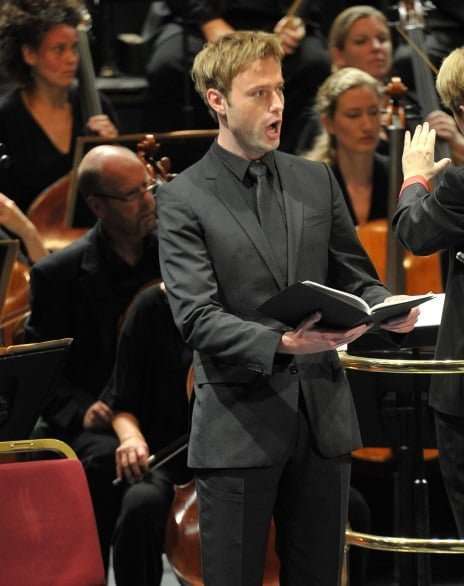 For the most part, Alsop’s account of Symphony No.1 was fluent and accomplished in terms of both the scale of its vision, and the detail offered. It was often through subtle gradations in the timbre that the OAE achieved contrast and insight. For example, the prohibition on vibrato was lifted in the surprisingly slow Andante, but the warm glow which resulted remained bright and fresh, rather than autumnal. The almost-immediate transition from the quietly contented cadence of the third movement, low in the strings, to the wearied notes in the same registration at the beginning of the finale, was an inspired move, drawing an organic connection between the more relaxed middle two movements, and the heroic struggle of the outer two.

Less successful was the building of the insistent falling arpeggio figure in the middle section of the third movement, which could have been more ecstatic. Also, the tension and sense of mystery created by the pizzicato passages of the slow introduction to the finale was dissipated by the tentative major-key horn melody and brass chorale. The main theme of the Finale itself was rather too broad and lacking in the brio of Brahms’s marking; and, although this then opened out into greater drama, its recurrences remained flabby and leisurely, depriving it of a logical connection with the substance of the rest of the finale. These flaws worked against the structural integrity of the Symphony, and therefore marred what would otherwise have been a masterly performance.

The bubbling performance of the Hungarian Dance No.21 (orchestrated by Dvořák) was a felicitous choice, showing yet another side to Brahms, akin to the infectiously animated mood of a Johann Strauss waltz. So, despite the caveats, much in this Prom was rewarding.