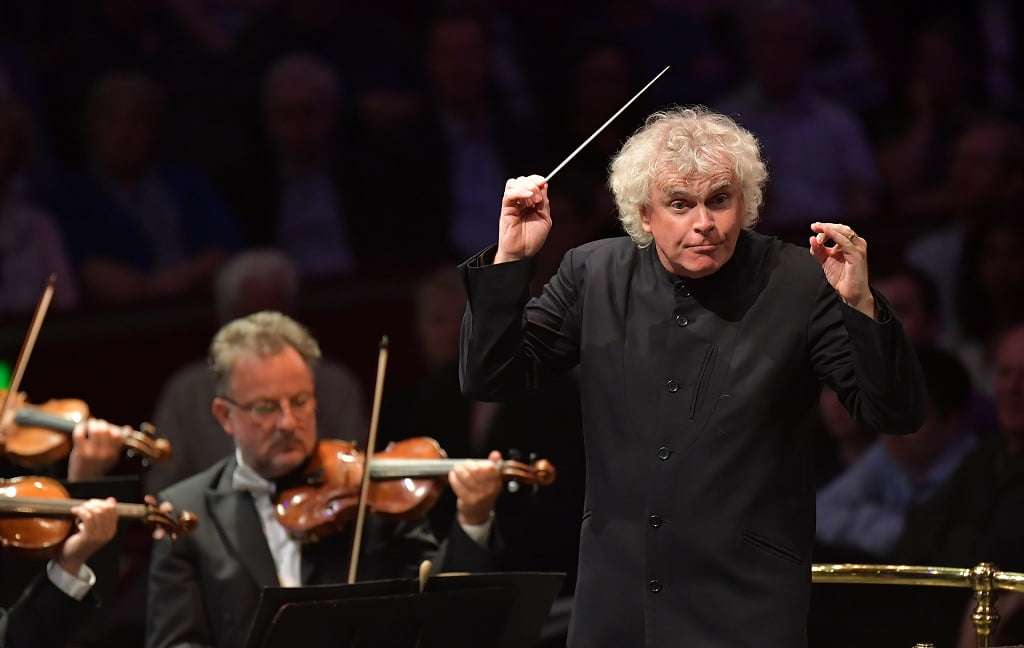 The first of two Proms given by the Berliner Philharmoniker and Simon Rattle.

The placing of two composers with maybe little in common served to emphasise Mahler’s modernity (his use of mandolin and guitar in the Seventh) and his preoccupation with chamber sonorities. The homage to Pierre Boulez was all about razor-sharp concision and fantastical timbres – as good a trailer to the wild, intense and enigmatic Mahler Symphony.

Éclat (1965, given without the added-later /Multiples) is scored for fifteen instruments chosen as much for their sustaining quality as for their colour. Attack (or perhaps touch might be more appropriate) and decay are also an fascination in this kaleidoscopic exploration of sonorities, with sounds designed to resonate, owing much to plucking or striking, from tuned percussion (tubular bells, cimbalom, vibraphone and glockenspiel) with piano, harp, celesta, mandolin and guitar. Woodwind, brass and strings provide additional sonic layers towards the end, the whole directed by Simon Rattle with cool precision. 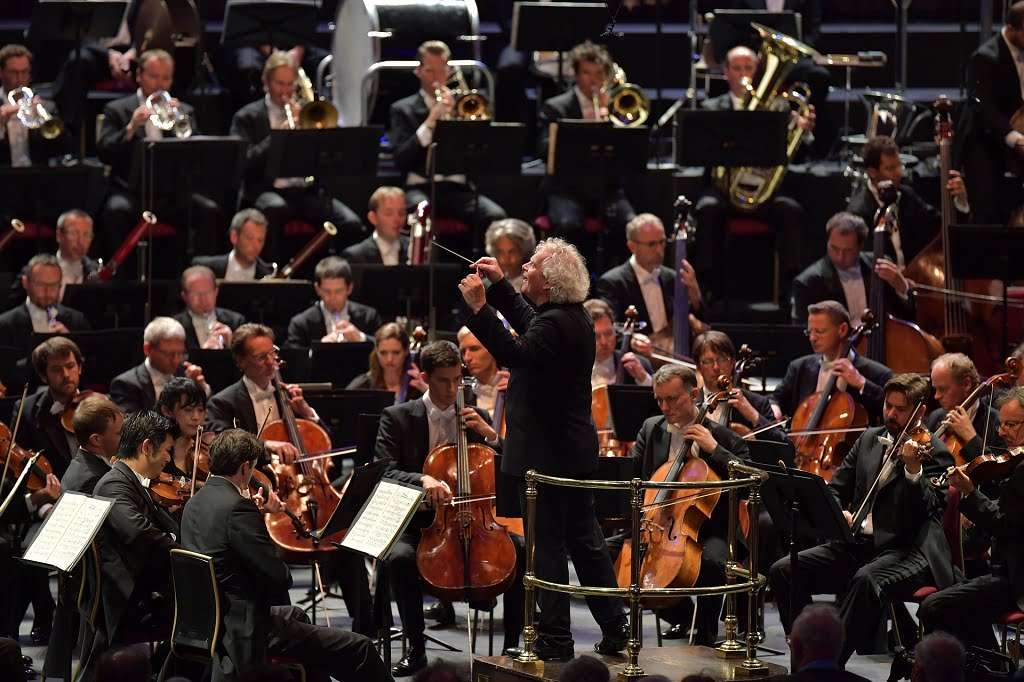 Mahler is central to Rattle’s repertoire – he conducted the ‘Resurrection’ Symphony whilst still a teenager. A smoothly rendered tenor horn solo at the start of the Seventh suggested, in its poise, the polish and musicianship for which the Berlin players are renowned. From funereal beginnings we were soon swept into Alpine splendour, strings relishing their moments of ardour, with Rattle sustaining the first-movement’s epic sweep and heroic stance right through to a well-shaped climax and a coda that was no less intense.

The two ‘Nachtmusik’ movements (second and fourth) gave ample evidence of his fascination with sonority and with shifting instrumental colours. The opening horn solos of ‘Nachtmusik I’ brought forth further sensitivity from the players in a movement later backlit by rather too distant cowbells. Elsewhere, instrumental groupings were all beautifully refined and included a wonderful trio passage for flute, clarinet and horn near the end. In ‘Nachtmusik II’, the serenading mandolin and guitar came over clearly. The central Scherzo had plenty of quirky humour, its “flickering firelight and grotesque shadows” admirably coaxed from Rattle, timpani and violas snuffing out the ghoulish mockery at its close.

And so to the Finale – a movement of sustained jubilation (almost unique in Mahler) set in motion by an energising timpani salvo and paced superbly throughout. If this jamboree strikes a hollow note, Deryck Cooke thought it a “failure”, then Rattle knitted together its collage of music-drama and operetta with total assurance and brought the Symphony to a ringing climax.