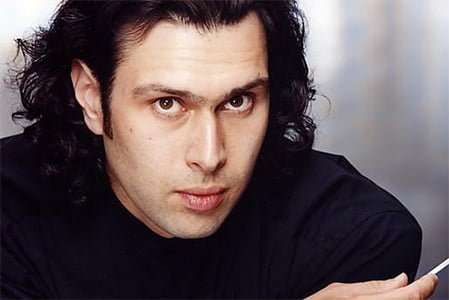 We opened with further Bantockian adventures, a 15-minute piece by the relatively young Granville Bantock (1868-1946). He’s a feature of this year’s BBC Proms. Courtesy of Percy Bysshe Shelley’s eponymous poem, The Witch of Atlas (1902) was Bantock’s response to a Three Choirs Festival commission. A quintessentially English arrangement! Yet the music has Russian traits – Borodin and Rimsky-Korsakov came to mind, and a Tchaikovskian harp conjured a prima ballerina – which may be the score’s appeal to Vladimir Jurowski who led a well-prepared account. Trouble is, for all the suggestiveness and niceness of the music, and there is no doubt that Bantock was a skilled illustrator and orchestrator, there isn’t a great deal to get hold of while listening and even less to remember. Staying with the distaff side, from Witch to Daughter, she of Pohjola (location) – they share incomparable beauty – Jurowski has conducted very little Sibelius (he dedicated Symphony 3 to Bantock) in London (maybe none) and wasn’t entirely at home here. In this music of genius, Kristina Blaumane’s eloquent cello solo promised much, and if the early stages of this masterwork were fluid and fantastical, Jurowski then kept too tight a rein on faster and grander sections, the music not igniting as it should. 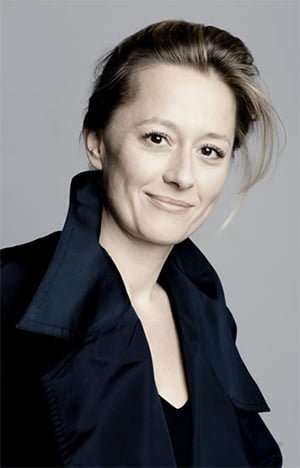 Coming in between, Prokofiev’s Third Piano Concerto (the least interesting of his five such works) was given a curious outing. Chanel-attired Anika Vavic (from Serbia) impressed with her ‘first among equals’ approach. She is clearly a poetess of the piano and made you listen, and her moderated and modulated account (possibly a problem for impatient and lazy listeners) was not only musical but the antithesis of the fast, loud and self-aggrandising performances that this tedious and banal piece usually receives. But it doesn’t respond any better to understatement either, and if I loved Vavic’s ambiguous left-hand pay-off to the second movement, and her quiet charisma throughout, there was also the suspicion that she and Jurowski had not had enough time to rehearse a thorough collaboration, nor they with the orchestra. Nevertheless, should Vavic bring us some Mozart, Beethoven (Piano Concerto 4), Schumann, Chopin … anything needing lyricism and a gentle touch, then I’ll be first in the queue to hear her.

Richard Strauss’s Zarathustra brought the most out of the LPO/Jurowski partnership. Cue Stanley Kubrick, sunrise scene, 2001 good reasons to listen to the music (less concentrated than Sibelius’s though: was this a wise juxtaposition!), organ and double basses throbbing, secure trumpets and vibrant timpani salvos (from either William Lockhart or Dominic Hackett, ENO Orchestra members, replacing the indisposed Simon Carrington). But, said organ was consistently too loud every time Catherine Edwards played it, and quite what the loud splurge was at one point … it sounded as if she had fainted and fallen on every key! (She hadn’t.) Jurowski, avoiding sentimentality and bombast – the strings singing (and with Viennese charm from leader Pieter Schoeman in ‘Das Tanzlied’) – found the music’s science, swashbuckling and suavity, if not always its temporal polarities. Come the ambiguous close (via a brilliantly clangourous ‘Midnight Bell’), and despite some seismic upheavals, there had been enough containment to ensure that we weren’t quite as wasted as we might have been.