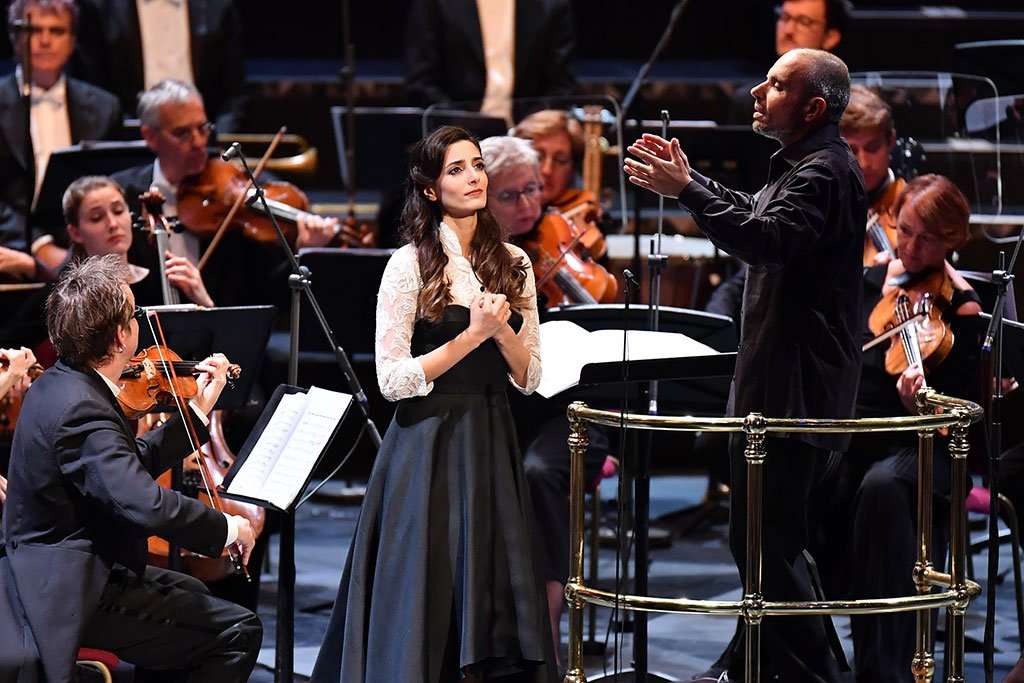 A nearly full Royal Albert Hall audience assembled for Danae Kontora’s vocal pyrotechnics, despatched in complementary music of two of the composers most devoted to the soprano voice, despite being written more than a century apart. The two Concert Arias by Mozart were composed for his sister-in-law Aloysia Weber, who was noted for her high but solid vocal range. Despite the gravity of the situation lamented in the Popoloi di Tessaglia’ (the Classical king of Thessaly, Admetus, is fated by the gods to die), Constantinos Carydis and the Deutsche Kammerphilharmonie Bremen laid a fairly genial background. In the slower, opening accompanied recitative and initial section of the Aria, Kontora exuded a ripeness of tone recalling that of Edita Gruberová, surely the work’s greatest exponent on record still. But in the faster section, Kontora was more wiry and thin, and in the stratospherically high sequences of both sections – which call for the singer to reach a top G (one note higher than the Queen of the Night’s F) – her intonation was not quite secure.

In the more jovial No, no, che non sei capace, she was more confidently coquettish, especially in the text’s second verse, where the music becomes more excitably brisk, similar in effect to Konstanze’s celebrated aria ‘Martern aller Arten’ from the composer’s contemporaneous The Abduction from the Seraglio. A somewhat formal account of its Overture formed the introduction to the programme, breaking off inconclusively to lead in with direct harmonic logic to the first Aria performed here. The Andante third movement from Mozart’s early Cassation (or Serenade) provided a tranquil prelude to the second.

The first half was concluded by an interpretation of the ‘Haffner’ Symphony which was urgent, with its dramatic opening drum-roll, but surprisingly measured and broad despite that approach and the lack of vibrato. However, such purposeful drive rather yielded to a mere increase in pace relative to the markings of the respective movements that followed, and the mannered resort to a provocatively extreme pianissimo at the repeat of certain structurally significant passages in each movement, together making for a rather disappointing attempt to sustain interest. Such felicities as the lucid phrasing of the Minuet to bring out its charm, and the reduced forces used for its Trio to recall the easy-going entertainment of the Cassation earlier on offered some compensation, though the oboe embellishments of that Trio were more dubious. 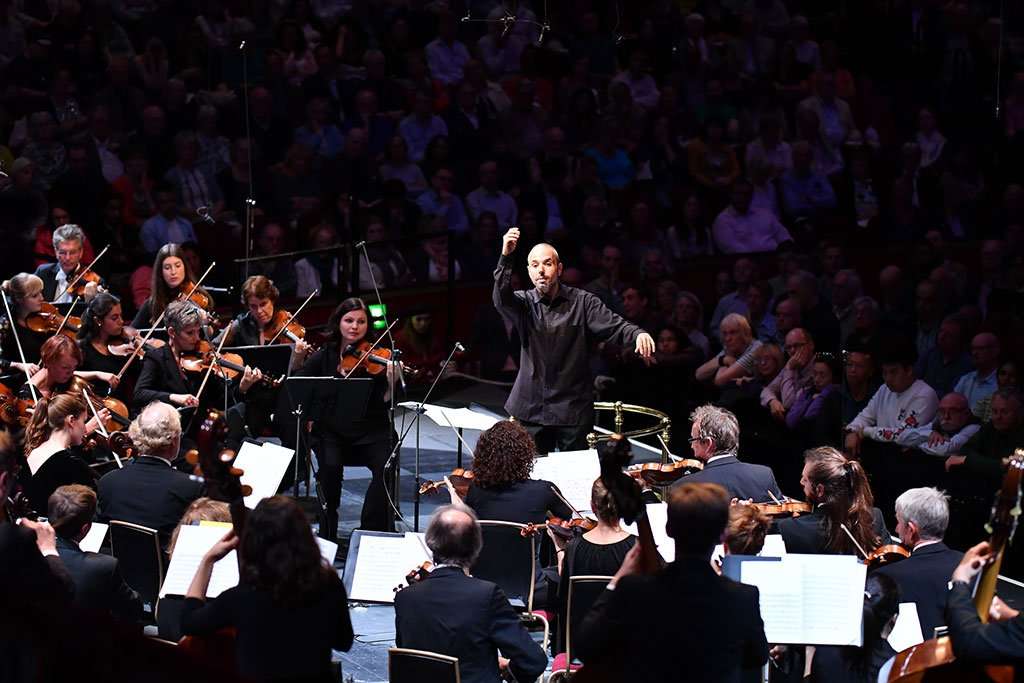 Another perfectly paired instrumental and vocal duplet opened the second half, this time by Richard Strauss. The vastness of the Hall happily gave the Sextet which opens Capriccio a sense of distant space that is implied by its setting off-stage in the opera itself. Strauss’s final stage-work might be set in the environs of pre-Revolutionary Paris, but the elegant richness of this performance by six members of the DKB was reminiscent of the atmosphere of late-nineteenth-century Vienna, with a nod to late Beethoven in one direction, and the Expressionist Schoenberg of Verklärte Nacht in the other. That ushered Kontora in for Zerbinetta’s number in Ariadne auf Naxos. Her assured sense of sweet-toned vulnerability was ideally suited to the character’s monologue, communicated in delicately spun lines, and finding release in the cheeky melody of its concluding section as Zerbinetta reflects on her willing, erotic encounters with her lovers, unlike the sulky Ariadne in the play that is to follow in the opera.

Carydis’s way with Beethoven’s Seventh Symphony was a more consistent affair than the ‘Haffner’ (notwithstanding the failure of some sections of the audience to comprehend the gesture of his hands held mid-air after the end of movements to ward off clapping). Elements of historically informed practice (principally no vibrato), the Symphony’s A-major key inviting much use of open strings by that department, and characteristically precise ensemble by this German orchestra cast bright shafts of light through this lean but still shapely and expressive account.

The long introduction was driven but not rushed, the subsequent Vivace danced along. Mellow strings for the Allegretto also bore a distinct tread, and a mysterious hush was used more tellingly than in the Mozart Symphony, in the answering phrase of the first theme’s initial presentation, and then in the fugato which leads to its emphatic reiteration near the end. The Presto Scherzo was reasonably light-hearted and good humoured, making it difficult to tell if the sly rasping of oscillating horns in the Trio was intentionally comic or not. But the Finale swept all before it in its headlong rush to the exhilarating whirlwind conclusion.