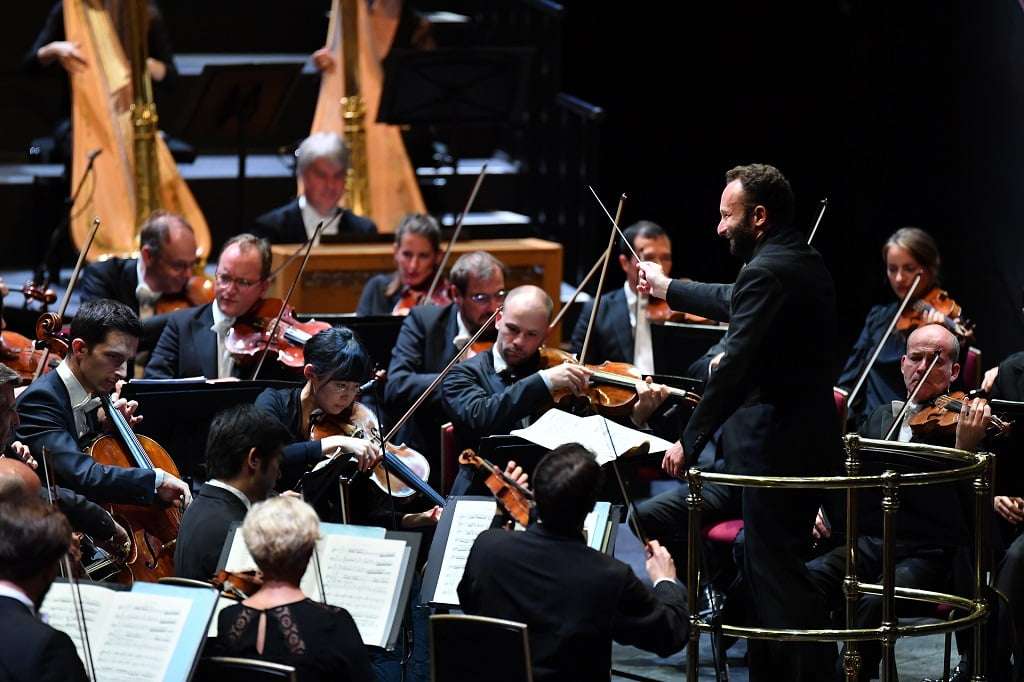 Much of the interest in the Berlin Philharmonic’s brace of Proms centre on the orchestra’s Chief Conductor designate, as (save for passing engagements with the London Philharmonic and Royal Opera) Kirill Petrenko is largely an unknown quantity in the UK. On the basis of this concert, however, his is a name destined to become familiar through many more appearances here.

The scene was set with as fine a rendering of La Péri (1912) as one is likely to hear. Dukas’s final major work may hardly be more beholden to Persian mythology than Debussy’s Jeux (on which it was a potent influence) was to tennis court antics, but its take on thematic metamorphosis is a highly subtle one such as Petrenko brought out with understated assurance at every turn – the music’ s evolution seeming as focussed as it was inevitable. Whether in the ethereal strains of its initial pages, sudden abandon at its centre or aching regret towards its close, this was a performance to savour and one that was ideally prepared for by a rousing account of its Fanfare, given with incisiveness and not a little regal opulence by the BP brass. 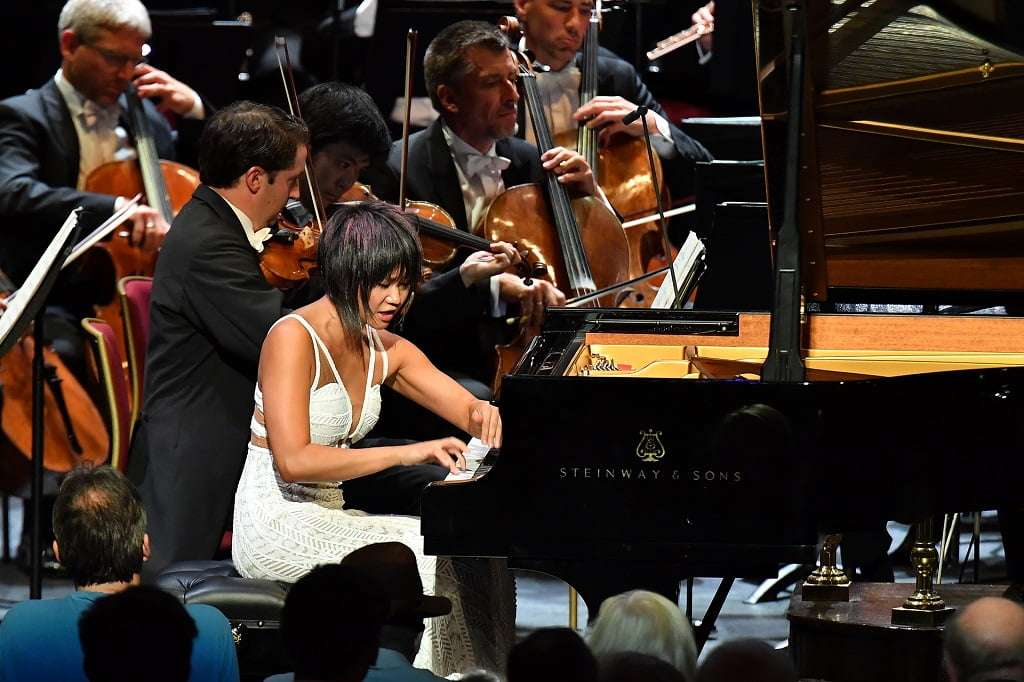 If Prokofiev’s Third Piano Concerto (1921) was disappointing in comparison, this was largely on account of the solo playing – Yuja Wang seemingly content to channel her formidable pianism into skirting over the surface of this music to immaculate yet largely vacuous effect. Interestingly, it was the more inward passages as came off best – notably the poetic recall of the first movement’s opening theme towards its centre, the eloquent transformation of the second movement’s plaintive theme in its first variation, or the interplay between piano and orchestra during the spectral interlude between those initial statements of the Finale’s ‘big’ tune. Elsewhere, in what seemed a caricature of the commanding approach she brought to Bartók’s Second Concerto several seasons ago, Wang’s technical panache was only occasionally matched by her musical insight – for all that Petrenko and the Berliners provided unstinting support. Her two encores, an unappealingly skittish take on Rachmaninov’s G-minor Prelude (Opus 23/5) and clattering through Mozart’s ‘Rondo alla Turca’ (from K331) as re-imagined by Arcadi Volodos, served to reinforce this regrettably negative impression.

Fortunately the balance was redressed after the interval, with an impressive reading of Franz Schmidt’s Fourth Symphony (1933). Although long the best-known of his symphonic works, this piece has struggled to establish itself outside of Austria and this account was only its second hearing at these concerts. Two decades ago Yakov Kreizberg and the Bournemouth SO played to a half-empty house, so that 2018’s largely full and attentive audience constituted a triumph of sorts. Much has been made of the work’s fusing of the customary four movements into a continuous design, but this is effected straightforwardly for all its syntactic ingenuity and Petrenko emphasised this in a reading of formal cohesion and expressive empathy; at its most perceptive in the Adagio, whose funereal tread underpins a cello melody of great pathos and climax of crushing force, then a Scherzo whose Busonian half-lights are confronted by that fateful descent into the abyss. From here emerges a reprise of the opening section’s expansive ‘Hungarian’ melody, then the poignant trumpet theme brings this work full-circle in a mood of poised acceptance. 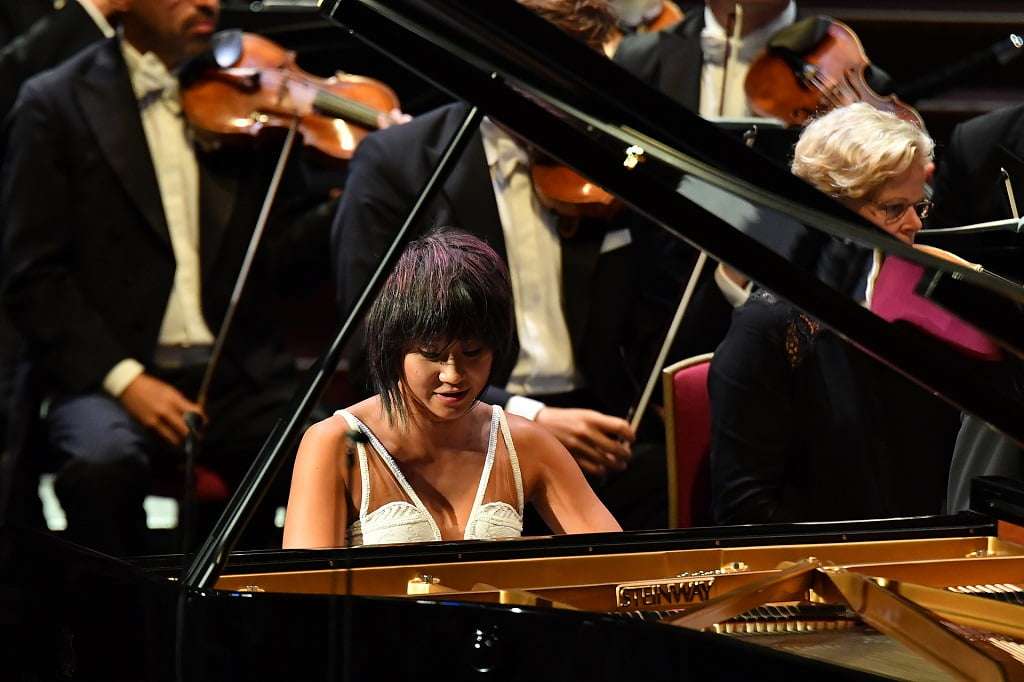 Save for the first horn having a slight off-day, the solo writing in which this piece abounds was superbly rendered. Those familiar with Petrenko’s discs of Josef Suk will have recognised a similar combining of rhythmic tension with emotional responsiveness, here with the inestimable advantage of the BPO playing at or near its best. Moreover, there was virtually no trace of that overly manicured or overwrought approach often encountered in the Rattle era – the performance unfolding with a textural naturalness and transparency remembered from the Abbado years. At around forty-two minutes this was a relatively swift traversal too – though, as the composer’s own reading evidently came in at under forty, Petrenko might reasonably claim to have history on his side.

In all events this was a memorable interpretation and one that was enthusiastically received. Those who may have been expecting an encore were to be left disappointed, as the beaming Petrenko clearly had no intention of providing one. But then, following such a performance of the Schmidt, what more could reasonably have been offered?