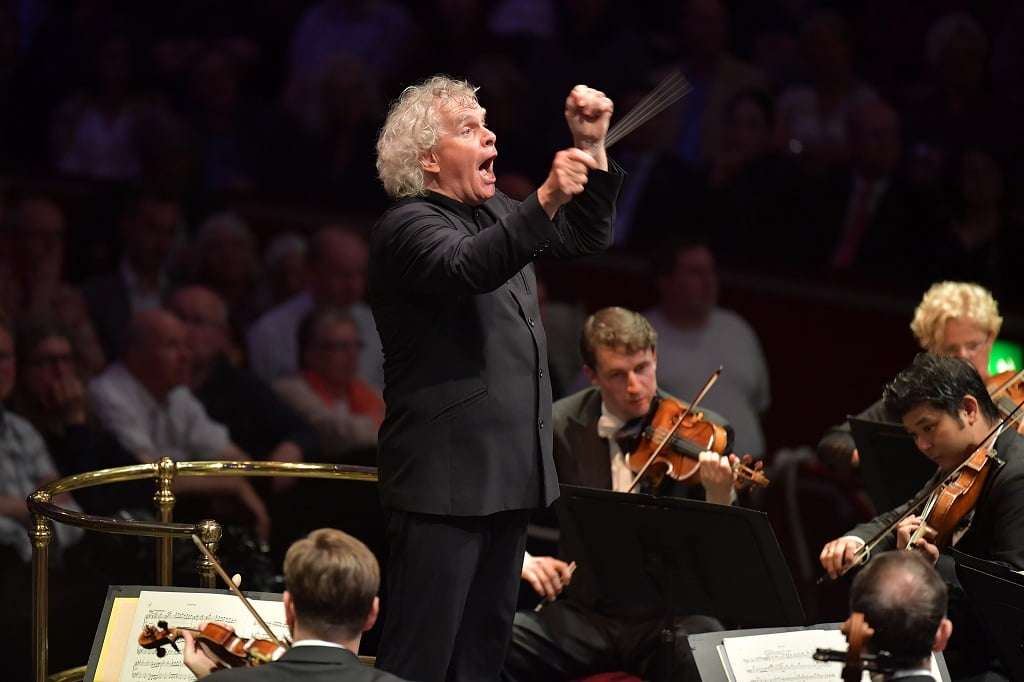 Julian Anderson’s music has been heard at the Proms with some regularity since 1995. Harmony (for choir and orchestra) was commissioned to open the 2013 season and his latest work, Incantesimi, goes beyond mere effectiveness, exploiting the particular ability of Simon Rattle and the Berliner Philharmoniker to spin long slow musical lines.

A nocturnal ‘concerto for orchestra’ in which five musical ideas are kept in perpetual orbit, its dreamlike parade ends disconcertingly in mid-air after eleven gorgeous minutes. The themes are recognisable too, most obviously the cor anglais solo which has English pastoral or Sibelian antecedents. The journey begins pianissimo in the lower depths with some subterranean Mahlerian growling and conductor and orchestra appeared equally unfazed by its other elements which included delicate Sibelian scurrying from the strings and resonant post-spectral harmony.

Being one of the composer’s least flashy inspirations, Incantesimi was well if not ecstatically received. The title intrigued – the Italian for enchantments we were told – while also seeming to promise some kind of magical ‘open sesame’ reveal along with the sonic incandescence to be expected from this source. The former never quite arrived but the opportunity to listen again online should not be missed. Further performances are scheduled in America next year. New music of this quality is fast vanishing from the lists.

The reflective mood was abruptly shattered by Rattle’s next choice, the Opus 46 set of Dvořák’s Slavonic Dances performed self-consciously, the slower sections larded with rubato, friskier portions hard-driven. It was as if each one was an encore, and applauded accordingly. There was plenty of spectacular playing, yet with burlesque replacing charm almost throughout, relaxed nostalgia was at a premium – the ironic world of the previous night’s Mahler Seventh kept coming to mind. Dvořák’s second number, “one moment lamenting, the next dancing”, offered perhaps the most extreme and dispiriting instance of this brutalising tendency. But then Rafael Kubelík died twenty years ago and we are living in different times. 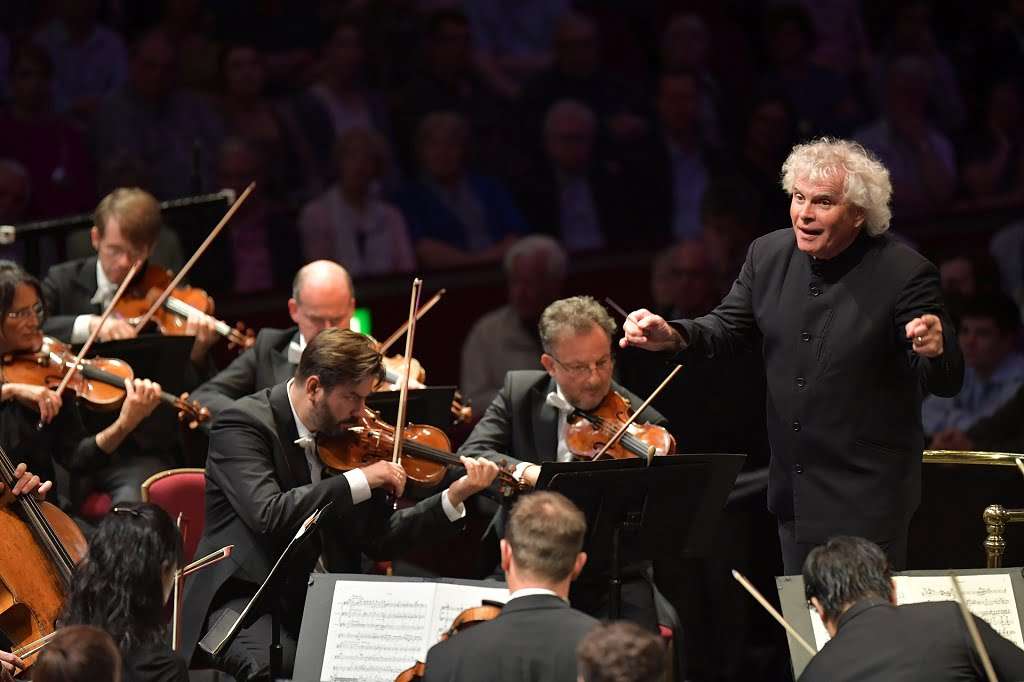 After the interval, Brahms’s Second Symphony, though cut from the same revisionist cloth, proved more rewarding as an interpretation. Rattle attempted a difficult trick, working to lighten textures physically while imparting at times a positively Wagnerian sense of shadow. Given his unexpectedly deliberate overall conception, the first-movement exposition repeat was off the agenda. However Rattle did ensure that the violins were placed antiphonally. Purged of emotional overkill and without the expected rhythmic foundation, the music risked seeming merely stodgy.

The second movement again sounded refreshed rather than conventionally refreshing, more than usually downcast. Even if Sir Simon’s stiff-gestured interventionism created pockets of unwanted calculation (including his trademark extremes of dynamic) let’s not deny that the Berlin musicians played with unsurpassable virtuosity. The characterful woodwinds in the central movements were particularly impressive and the strings, though rarely allowed to saturate the texture and cushion the ear as might have been expected under Karajan, remain mightily impressive. The Finale, following attacca, overflowed with high spirits.

There was a full house for this oddly constituted programme, conceived not for the Proms but for a tour and already road-tested in Lucerne. While those standing in the Arena listened with rapt attention, much of the house was crammed with celebrity hunters behaving as if at a rock concert, chatting, munching, slurping and unable to sit still. Phones were held aloft even during the music. It was almost impossible to concentrate and I found myself turning into the protagonist of one of Julian Barnes’s short stories when I confiscated my neighbour’s crunchy snacks for the duration of the Brahms.